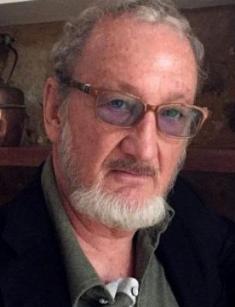 Robert Englund is a one-role actor: although he participated in many projects, the audience knows him, in the first place, as Freddy Krueger in A Nightmare on Elm Street horror cycle in the 1980s. This character frightened many generations and became an integral part of the popular culture.

Robert Barton Englund was born in Glendale, California. His ancestors used to live in Scotland and Sweden. The boy’s father, John Kent, worked as an aircraft engineer; the mother, Janis MacDonald, kept the house and brought up the children.

Englund’s school friend was fond of acting, and Robert followed his example early. At 12, he joined a children’s theater course at California State University and started participating in school performances as well. Wherever the family moved, Robert would always find a place to polish his skills.

The future actor spent five years at the theater and appeared in classical plays by William Shakespeare and Bernard Shaw. However, he decided to return to California, rich in opportunities, and conquer Hollywood. Although Robert did not stand out for handsomeness or tallness (5.87 feet, or 179 cm.), his ambitions, experience, and talent gave the chance to be noticed.

Robert debuted on the screen in the 1974 movie Buster and Billie. In 1977, he auditioned for the role of Han Solo in Star Wars, but Harrison Ford took it eventually.

The mini-series V (The Final Battle) made the artist really famous; he played a friendly alien, Willie, there. The project was premiered in 1983 and became a weekly show about pangolin people broadcast for two years.

Robert was going to be associated with the cute alien for the rest of his career, but life prepared something different: the artist agreed to participate in a low-budget horror and got the role of the antagonist covered with burns cars and having an iron arm with claws.

The story about Freddy Krueger transformed into an international hit; A Nightmare on Elm Street remains one of the most successful horror franchises in the world. In 1984-1989, five movies about Krueger were released. Overall, the actor played the cold-blooded murderer in eight movies; he participated in comedies and dramas, too. Although the man’s filmography consists of more than 200 titles, none of them brought as much popularity as the Nightmare character.

Robert married his first wife, the nurse Elizabeth Gardner, in 1968. They divorced in 1972, and the artist remained single for the next 14 years, developing his career.

Work helped Englund find another woman: he married the actress Roxanne Rogers in 1986. The couple spent two years together and broke up.

On October 1, 1988, the actor married his third wife, the set designer Nancy Booth; they continue to live together now. As Robert confessed in his interviews, the only thing he regretted about his life was not having children.

Despite his senior age, the artist is in good shape and continues to participate in various projects.

In 2019, it was announced the director Alexandre Aja was going to create a remake of the most impressive horror of his childhood, A Nightmare on Elm Street. New Line Cinema will work on the sequel. Englund expressed his wish to contribute to the project; his last appearance as Freddy Krueger took place in Freddy vs. Jason (2003).

The actor communicates with his fans on Twitter and Instagram: he shares new pictures, facts, and daily life moments. Fans help their favorite collect Freddy Krueger toys and accessories.