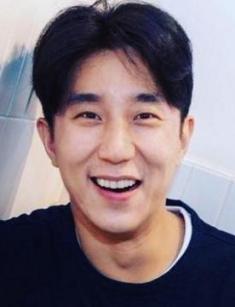 Jaycee Chan, the son of the popular actor Jackie Chan, is known for his scandalous behavior rather than artistic achievements: the media have reported about his drug-related issues. Speaking of career, Chan followed in his father’s footsteps and became an actor and musician. His filmography includes more than 20 roles, and the young man has recorded several albums with his group.

Chan Jo-Ming was born on December 3, 1982, in Los Angeles. The boy became the only child of the Chinese action movie star Jackie Chan and his wife, the Taiwanese actress Lin Feng-jiao. The parents were incredibly happy to have the son; there were tears in the father’s eyes when it happened. As the actor confessed later, he checked how hard the baby’s bones were in the first place: it was significant for the stunt man.

Although cinematography and art appealed to Jaycee, he was not fond of martial arts. The boy spent his childhood in the United States and lived with his mother while his popular dad was busy in Hong Kong. The actor chose to shield his family from intrusive fans and paparazzi and leave them in the United States. He rarely visited his family; whenever Jackie saw his son, he showered him with presents and pampered him in everything.

Jaycee attended Santa Monica High School and took up acting classes; the famous drama teacher Debbie Allen worked with him for five years. Besides, the boy learned how to play the guitar for three years.

Soon, Chan Sr. decided to transfer his son to the prestigious College of William and Mary founded in the 17th century. However, Jaycee could barely tolerate its boredom for two terms and then quit.

At 15, Jaycee started visiting Hong Kong more often; he saw his father, learned how to play the electro guitar, and took singing lessons from the Taiwanese musician Jonathan Lee. The young man had a good ear for music and plasticity. In 2003, the family settled in Hong Kong, and Jaycee Chan began his career.

The young man immediately went to a recording studio and created more than ten tracks for the debuting album Jaycee (2004). He had a promotion tour organized, but the album did not go pop. The singer admitted his failure and switched to cinematography.

However, the comeback to music happened in 2008, when Jaycee Chan presented the mini-album Safe Journey. Two years later, the full-fledged disc Chaos was presented.

The beginning actor debuted in the comedy action The Twins Effect II (2004) and played a street artist who helped the main character to seize the power in Huadu. However, critics’ reviews were negative; even Jackie Chan’s cameo role did not save the project.

The next work, the drama 2 Young, gave the actor the opportunity to rehabilitate. Chan personified a young man, Fong Ka-fu, who challenged his parents and left his home to support his pregnant girlfriend. Jaycee did his best and put all his drama talent into the role; the endeavor paid off soon.

The next few years were marked with non-stop filming. In 2006, the actor appeared in McDull, the Alumni and collaborated with popular Korean, Chinese, and Hong Kong artists. 2007 brought the lead part in Invincible Target: one of the three police officers investigating a large robbery. In The Drummer (2007), Jaycee’s character, Sid, was a musician who came to Taiwan from Hong Kong to organize the group Zen drummer.

In 2009, Chan joined the cast of the great historical movie Mulan about a courageous young woman who pretended to be a man and became a soldier to fight against invaders. The actor personified Mulan’s countryman, Fei Xiaohu, who kept her secret.

Jaycee participates in some projects of his father, who is also a director. In 2011, the son appeared in Jackie Chan’s 1911 about the fall of the Qing dynasty and the establishment of the republic in China. Chan Jr. received the role of Zhang Zhenwu, the participant of the Wuchang Uprising.

The artist has tried himself in comedies, too: Double Trouble (2012) and Monk Comes Down the Mountain (2015). Chan’s voice can be heard in Kung Fu Panda, Secrets of the Furious Five, and Kung Fu Panda 2.

In 2016, Jaycee collaborated with his father in Ding Sheng’s comedy action Railroad Tigers. The story is set in the early 1940s when Japan expanded its occupation and took a railroad in east China. The chief worker Ma Yuan (Jackie Chan) leads the resistance movement; Jaycee personified one of his team members, Rui Ge.

There have been some unpleasant moments in Jaycee Chan’s life that made his parents feel ashamed: the actor got involved in drug issues. In August 2014, the artist and his friend, the Taiwanese actor Kai Ko, were arrested; the police searched his apartment and accused the young man of drug possession and sheltering drug users.

As it turned out, the actor also took substances for eight years. When the father learned the news, he did not do anything to help Jaycee escape justice; on the contrary, he publicly repented of his failure to bring up his son. The parents did not appear in the court when Jaycee was there; all newspapers published his pictures in the courtroom.

Chan Jr. was sentenced to six months of prison; he was released on February 13, 2015. Soon, the actor held a press conference and repented; he promised to follow the right path. Rumors had it the famous father changed his last will in favor of charity organizations.

“If he [Jaycee] is capable, he can make his own money. If he is not, then he will just be wasting my money”, Jackie Chan told journalists.

The handsome actor has many fans among women. However, there is no information about his life, except for the fact that he is not married. Jaycee lives in Taipei and comes back to work.

The actor has a half-sister, Etta Ng, born from Jackie’s romance with Elaine Ng. However, they do not communicate.

Jaycee Chan is an active Instagram user. He has a lot of friends and frequently posts pictures from their birthday parties, dinners, and meetings.

In 2019, the audience could see the actor in the Chinese fantasy comedy The Knight of Shadows: Between Yin and Yang; the premiere took place in February.