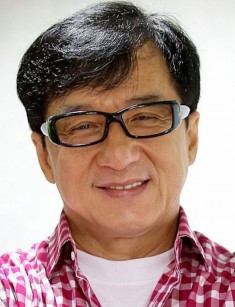 All movie lovers know Jackie Chan. However, the way to the universal recognition was not easy. Despite all the ordeals, Jackie found the strength not to give up and continued to work. Today, the artist has more than 100 movies in his filmography.

The future star was born on April 7, 1954, into a low-income family. The child’s weight was more than five kg., and the mother called him “pao-pao” which meant “cannonball.” The parents were so poor that they had to leave their son at a hospital for a while. Later, they paid the bill and took the kid back home.

Charles and Lee-Lee Chan left China during the civil war and moved to Hong Kong where they got hired as a cook and housemaid in the French Embassy. In the 1960s, when Jackie grew up, the family settled in Australia.

At six, Jackie Chan joined the Peking Opera School where he gained his first stage experience and learned to comprehend how his body worked. At the same period, the boy took an interest in kung fu.

Jackie Chan got involved in cinematography when he was little: from eight, he was a movie extra; in a while, he played the son of the main character at the Peking Opera.

As a teenager, the actor appeared in martial arts movies as an extra; Fist of Fury and Enter the Dragon starring Bruce Lee were among the works of that time. Jackie’s characters were evil. Gradually, the young man realized there was no point to copy Bruce Lee and become one of the thousands.

In the 1970s, Jackie moved in with his parents; he tried to study at Dickson College and worked part-time in construction. Simultaneously, he became a stuntman in movies. Jackie Chan was artistic, flexible, charming, and knew kung fu. These advantages gave him the opportunity to switch to significant roles. He staged comedies where characters participated in street fighting and demonstrated his excellent martial skills. Chan’s personages were lazy and sometimes looked like simpletons who had endless problems yet remained brave, kind guys. Jackie was inventing all the tricks; actually, he was creating a new genre.

The movie Snake in the Eagle's Shadow was the breakthrough in the actor’s career. The director let the talented artist stage tricks on his own and improvise. That’s what the comedy with martial arts elements needed. By that time, Jackie Chan had successfully embraced the genre.

Drunken Master was notable for the artistic duo of Jackie Chan and Yuen Siu-tien. Jackie played a boisterous, careless hooligan who was fighting anyone and dishonored the school of his father who was a master. Yuen took the role of the supervisor who began to bring up the talented naughty boy.

In 1983, Jackie Chan was working on Project A and organized a stunt group; he collaborated with it in further movies.

Today, all insurance companies have included Jackie Chan in their black lists: he often risks his life. Jackie has had numerous “battle wounds”: dislocated pelvis and finger, breastbone, ankle, and rib fractures. Because the man has injured his right ankle, he has to come down on his left leg. During the shooting of Armor of God, the actor fell from a tree; the craniocerebral injury could lead to his death.

In the 1980s, there were many attempts to conquer Hollywood. The Big Brawl, The Cannonball Run, The Protector were noticed but still failed to become a success.

The fame came only in 1995 when the movie Rumble in the Bronx was released; MTV awarded the actor. Police Story 4: First Strike, Mr. Nice Guy, and other following movies were box-grossing. The audience enjoyed and admired Jackie Chan’s agility.

In 2000, the animated series Jackie Chan Adventures came out. The main character, the archeologist Jackie Chan, was the collective image of the characters played by the actor.

The box office of Rush Hour and its two sequels was billions of dollars; these movies proved to be great hits. In the western Shanghai Noon, the actor cooperated with Owen Wilson.

Jackie Chan continued to experiment, change stage types, and add many expensive and spectacular special effects. Still, the latter were not much popular: martial arts and famous fights where all objects at hand could be used were the essence of the artist’s movies.

The Tuxedo and Around the World in 80 Days were commercial failures. In The Tuxedo, the actor had seven stand-ins. After the series of misfortunes, the artist pulled himself together and starred in three popular movies in a row; he kept experimenting. The Myth is worth mentioning: the actor played the Chinese emperor, who fell over heels in love with a young woman, and an archeologist. These people were completely different, but both of them did kung fu.

In addition to his acting career, Jackie Chan has released more than 100 songs; nevertheless, few people know that Jackie sings. He performs his songs in several dialects of Chinese, Japanese, and English. He often creates soundtracks for his movies, but they are usually replaced in Europe and the USA.

There are Jackie Chan’s personal stars in Hong Kong, Hollywood, and Moscow.

Hollywood directors were offering the actor the roles of villains, yet he was rejecting them: Chan was afraid to destroy his image and become a stereotypical movie antihero.

In 2010, the movie The Karate Kid came out; the son of Will Smith and Jada Pinkett Smith was the star of the project. Jackie got the role of Dre Parker’s teacher. The audience welcomed the movie warmly; this project turned out to be one of the significant events in Jaden Smith’s acting career.

In 2016, the actor received the Academy Award for his “extraordinary achievements.”

Jackie Chan did not limit himself with action movie roles: he also voiced a character in three Kung Fu Panda animated movies. Besides, Chan produced the majority of the movies where he appeared and directed more than ten projects.

At the beginning of the 1980s, the artist married the Taiwan actress Lin Feng-jiao. He met the woman in 1982 and fell in love immediately; the man proposed her in a movie studio. As Chan was afraid his female fans’ reaction could be inadequate, he kept secret his wife from the public for 15 years.

In this marriage, the son Jaycee Chan Joming was born. He followed in the footsteps of his father and became an actor and singer; he is known as Jaycee Chan.

In 2014, the young man was in trouble with the law: he was imprisoned for six months for provided drug addicts with accommodation. Jackie Chan did not interfere; in his interviews, he confessed he was shocked by what had happened.

Before the prison, the son’s relationship with his father was cool. Jackie even used to say he would better donate some part of his money than bequeath it to Jaycee. However, after the young man was released, Jackie met him; they made up eventually.

The actress Elaine Ng Yi-Lei announced her affair with Chan and claimed the man was the father of her daughter, Etta Ng Chok Lam. The actor believed it was a mistake and did not acknowledge the child officially.

Rumors had it that Jackie asked Elaine to have an abortion when he learned the woman was pregnant. Still, the actress did not do that. Thus, the actor agreed he had two children, but he did not contact his daughter.

In April 2017, Etta tried to commit suicide. According to medics, the woman was depressed: not only the relationship with her father left much to be desired, but she also had problems with her mother.

Soon, Etta came out on her Instagram page and posted a photo with her lover, Andy Autumn. The women were severely criticized, but they found the strength to thank those who understood and accepted them.

In 2017, Jackie Chan voiced the characters of the animated movies The LEGO Ninjago Movie and The Nut Job 2: Nutty by Nature. In January, Kung Fu Yoga was premiered in China. The same year, in November, Jackie personified a former special forces operator in The Foreigner starring Pierce Brosnan.

Later on, Jackie took part in the sci-fi movie Bleeding Steel; it was the actor’s first work in this genre.

In 2019, the premiere of the Chinese-Russian project Viy 2: Journey to China is expected. It is the first movie created by these countries. Oleg Stepchenko who had directed the first part worked on Viy 2 as well.

It is interesting that the movie was not based on Nikolai Gogol’s works: Chinese myths served as the background. The project is aimed at showing two rich cultures: the Russian and the Chinese. 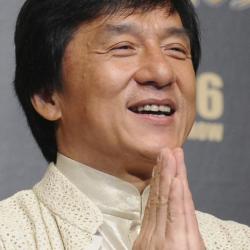