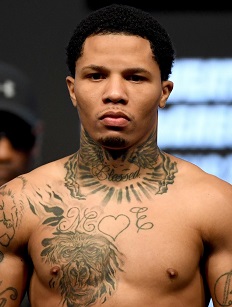 The Maryland native, Gervonta “Tank” Davis is a well-known boxer, who started his professional boxing career in 2013 as a lightweight fighter. Over the years, Gervonta won IBF champion's belt in 2017 and became WBA featherweight champion one year later. As of 2019, he held a record of 22-0-0 with 21 KO’s. His net worth is roughly estimated at $2.5 million, including all of his properties and earnings.

Like a lot of Baltimore’s kids, Gervonta grew up in a dysfunctional family. His birthday was on November 7, 1994. His mother, Brown, welcomed him with regret and guilt about his future life. She was addicted to drugs, like Gervonta’a father, who was imprisoned. When Davis was sneaking into his parents' room, he usually found pill bottles.

Soon, Gervonta and his older brother Demetris were placed in foster care. Gervonta started boxing when he was seven years old, according to his coach Calvin Ford. However, a lot of sources reports, that Davis was only five then. Davis’ uncles caught him brawling in the street and sent him to Upton Boxing Center.

Davis studied at the Digital Harbor. His free time Gervonta spent at Upton. It became a haven for him. Davis wasn't the only one the gym kept out of trouble. However, when someone grew up in Baltimore, he was always close to the streets. For example, when Gervonta was eight years old, he first smoked marijuana. Gervonta tried to be like his brother and did the same as Demetris. He disliked the sensation and never did it again.

In his youth, Gervonta faced death several times. Once, the bullets whizzed past him, fleeing with friends from a car full of individuals shooting at the group after a dispute. A few rounded corners later, Davis had escaped unscathed. That happened at the age of 15.

A year later, he watched an argument between two males escalated, resulting in a deadly shooting. And the once more case, he stood down the street, just yards away from a shootout between one of his brother's friends and another individual.

Davis dropped out of high school to develop his boxing career. He was successful in amateur fights. He won several national tournaments in a row, and several world competitions. He had everything to succeed in professional boxing. Over his amateur years, Gervonta held a record of 206-15. With those stats, he signed with IBF.

Davis spent his first professional fight against American Desi Williams in February 2013. It was short, as Davis knocked out his opponent in the first round. The debut was great. In two years, Davis won nine fights and was given a nickname “Tank”. On February 20, 2015, he defeated Puerto Rico’s Israel “Macho” Suarez. Moments into the fight, Davis dropped his opponent with a vicious barrage of punches, ending the contest after just 47 seconds. With the win, Davis’ record moves to 10-0.

He also completed his next fight in several seconds. It took him 75 seconds to defeat Mexico's Alberto "Ironman" Mora by technical knockout. The young boxer could become a contender for the IBF junior lightweight champion belt only after he had won 17 fights. His opponent was José Pedraza. Gervonta defeated him in a usual manner; however, it took him some more time.

The Baltimore native took home a disclosed purse of only $75,000, while Pedraza earned three times as much. Davis encountered some difficulties in the first defense of the world title. He was overweight twice in London before the fight. Despite his strict diet, he was two ounces overweight on his first trip to the digital scale, even after taking off his underwear and trying again.

Soon he retained his belt by stopping previously undefeated mandatory challenger Liam Walsh in three rounds. Davis lost his IBF title due to the same weight problem. Before the fight against Francisco Fonseca, he was two pounds overweight and refused to re-weigh. The federation took the belt, but the fight happened. Gervonta defeated the opponent with a controversial blow to the head, possibly forbidden. Then Davis increased his purse with $600,000.

Davis returned to the ring in a year. He changed the division and weight category. And he started in featherweight with the champion fight. He took the belt, held a record of 20-0. In February 2019 he retained the title. On July 4, 2019, undefeated world-class lightweight Devin "The Dream" Haney threw down the gauntlet and challenged Gervonta to a lightweight bout that should make all true fight fans salivate.

However, “Tank” was preparing for a grand party in his hometown, where he scheduled to defend the title. On July 27, 2019, Baltimore native went face to face with mandatory challenger Ricardo Núñez at the final press conference.

Gervonta returned to Baltimore spectacularly by finishing hard-hitting Núñez via second-round TKO to set off a wild celebration inside Royal Farms Arena. Davis again proved why he was considered to be one of boxing's brightest young stars. After the first round where he peppered Núñez to the body, he landed a series of brutal left hooks flush to Núñez's face that sent the challenger stumbling into the ropes in the second. The highlights of the fight spread widely across the network.

After party, Gervonta reported that he had both the WBA and the IBF belts. He recalled that Tevin Farmer fought that night and said that he wanted Tevin. Davis wanted their duel happened later that year.

Gervonta’s promoter Floyd Mayweather, who called him the future of boxing when he first won the title in 2017, praised his star fighter by calling Tank unbelievable boxer, and something special. Floyd said that Davis was a pay-per-view star, who had the charisma and the will to win thanks to his big heart and a great team behind Davis.

Two weeks after the defense, “Tank” remembered about Farmer, saying there was one boxer he hated so much that if they ever fought, there would be actual street violence the night of the fight. Davis was The Breakfast Club’s guest when the topic turned to IBF super featherweight champion Tevin Farmer.

Davis is dating Ari Fletcher. As of August 2019, they were waiting for a baby. Before Ari, Gervonta was romantically involved with the mother of his daughter, Dretta Starr. She always calls Gervonta out for being a deadbeat dad.

In May 2019, Davis made a tweet, which seemed like he was shading Starr, alluding to the child support. That led her on a rant about Gervonta not spending any money on their daughter. Instead, she said he bought her jewelry and didn’t even pay for her birthday party.

In 2015 Davis met Floyd Mayweather during one of Adrien Broner’s training camps. Later that year, he went on to sign with Mayweather Promotions, where he began to take his career to new heights. Soon they developed a brand identity and apparel design for “Tank”. The brand used the abbreviation GTD for Gervonta Tank Davis.

Three letters could be immediately processed by the eye and quickly interpreted as being memorable, allowing it to adhere to the principles of a fast-moving sporting world. GTD became a brand of various t-shirts, UK and USA flag t-shirts, snapbacks and tracksuits for the team. All of the apparel was approved and manufactured by Under Armour.