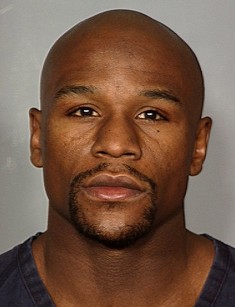 The greatest boxer in the world who has not lost a single professional fight in his biography, Floyd Mayweather Jr. belongs to the dynasty of outstanding athletes. He was born in Grand Rapids, Michigan, on February 24, 1977. His father once went to the final of the World Boxing Championship, and one of his father's brothers, Roger, won the title of world champion. Therefore, no one was surprised that the boy chose for himself this particular sport as a profession.

He dropped out of school in order to train. Little May was forced to do that because of the poverty of the family: the father left the family, and the mother together with the children lived in a small room.

Floyd Mayweather began his amateur career in 1993. In three years he won the main prize of semi-professionals - Golden Gloves. In short time, the young boxer had 90 fights and lost only 6 of them. The prospective fighter masterfully dodged blows on the face, and it was never cut. Therefore, his colleagues in the ring gave him a nickname "handsome".

Floyd made his debut in the international arena at the Olympic Games in Atlanta, where he took the third place.

Floyd's first fight in a low weight category was a competition against Roberto Apodak. After that for two years, May had more than 15 fights, which often ended with a knockout. His height was 173 cm but he weighed only 60 kg. During his career, the boxer constantly changed categories, replacing five weight groups.

Floyd Mayweather immediately formed his own style of boxing - not very spectacular, but very effective, which allowed him to become a winner regularly.

At the age of 21, having competed with the difficult titled opponent Genaro "Chikanito" Hernandez, Floyd Mayweather unexpectedly knocked him out and became the WBC world champion. According to the "Ring" Floyd was called the rookie of the year. He confirmed this title four times - in 2002, 2005, 2006 and 2007.

One of the most famous fights of the athlete was the fight against Saul Alvarez. In September 2013, the wrestlers fought for the WBA super, WBC and Ring titles. According to the tabloids Floyd received $ 75 million for the victory over the Mexican.

One of the tense moments in Mayweather's career is considered his fight against Marcos Maidana, in which the champion almost lost, missing the moment. In the battle in 2014, Floyd Mayweather missed most of the hits from the opponent, but won in his technique.

In the same period, the boxer begins friendly relationship with the young pop singer Justin Bieber. The singer, in the opinion of the producers, had to become more brutal. Classes with the great boxer helped him. After their meeting, Floyd became the coach of the young Canadian.

Floyd Mayweather lives according to the principle of freedom. With none of his numerous girls he formalized official relations. Despite this, he has 4 children from two different girlfriends. His last civil wife, Josie Harris, with whom he lived for about 10 years, gave birth to their two sons (Coraun, Zion) and a daughter Jira.

Often Floyd’s girls complained about his aggressiveness. In 2012, Josie Harris filed a police report. At that time the couple broke up. Floyd broke into the woman’s house and beat her in front of his own children. The court punished the athlete with a suspended sentence, a fine and an obligation not to go close to Josie's house.

At the moment, the boxer has relations with his masseuse Dorali Medina, who is 8 years younger than him. The girl is happy with the behavior of her boyfriend: he regularly gives her expensive gifts and cars.

At its presentation, he gave a great press conference, showed master classes in boxing, and also took part in the famous show "Evening Urgant". The boxer said that to expand business, he is ready to invest in other joint projects.

Net worth of Floyd

Floyd Mayweather, according to the statistics of the "Forbes" magazine, since 2012 is the richest boxer in the world. Back in 2010, his fee was $ 60 million per year. At the moment, his fortune is more than $ 500 million. For the victory in the most famous battle of the century against Manny Pacquiao in 2015, Floyd got $ 280 million.

The boxer can often be seen surrounded by a large number of strip dancers, women, who love luxury life. With them he spends all his free time. In Instagram you can see a lot of photos where Floyd Mayweather holds huge rolls of money. He has more than 88 cars, 14 of them are Rolls-Royce. "Handsome" owns his own aircraft.

Today the boxer does not participate in fights. However, a year after his final 49###sup/sup### fight, his managers began negotiations with the boxing stars, who had never had fights against Floyd.

Since early 2016, there were rumors in the press about the preparation of the fight with the Irishman Conor MacGregor and with the Kazakh athlete Gennady Golovkin. The final decision on the battle with the Kazakh hasn’t been made. The battle with McGregor is scheduled on August 26, 2017 in Las Vegas, which was the main event of the year. Hot press conferences with mutual insults and promises to tear each other warmed up the interest of the public.

The Irishman, in his characteristic manner, at every meeting with journalists promised to win the 40-year-old Mayweather in the second round. However, as practice showed, the talent of the Irish showman turned out to be higher than the boxer's. In the 10th round, Mayweather knocked out McGregor, winning the battle of the century.

After the end of the fight, Mayweather announced his retirement. He left the rink at the peak, defeating the strongest boxer.

In early 2017, Floyd suffered an unpleasant event. During the celebration of his 40th birthday, Floyd Mayweather left home for few days. Arriving back, he found that the mansion was robbed. Thieves stole valuable things worth more than $ 150,000. 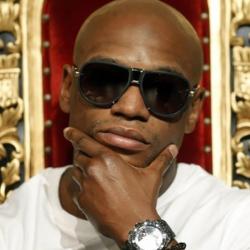