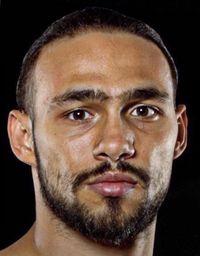 Born and raised in the state of Florida, Keith “One Time” Thurman became a professional boxer in 2007, at the age of 18. Keith was WBA champion in 2015-2019, and WBC champion in 2017-2018. He was also ranked as the most active boxer, the eighth largest boxer in the world by BoxRec in 2018. On July 20, 2019, Manny Pacquiao won undefeated Thurman in a dramatic, fast-paced fight at the MGM Grand in Las Vegas. Thurman is a self-described Christian-Buddhist and has a wife. He has a net worth of $10 million, accumulated through his career earnings.

Keith’s birthplace is Clearwater. He was born there on November 23, 1988. Thurman was first introduced into boxing when he was seven years old. At the school cafeteria, there was a boxing exhibition held by his coach Ben Getty. There were sign-up sheets on the table in the back, and Keith decided to sign up. He took the papers, put it in his backpack, and took it home. Keith told his mom that he wanted to box. So he began his journey in boxing.

As a child, Keith never really boxed. He liked the old-time fighters. Mike Tyson and Muhammad Ali were his favorite boxers. Keith wasn't an ordinary teenager. Already at the age of 15, he knew what he wanted to do with his life. He dropped out of Clearwater High School in his hometown when he turned 16 to gamble on himself and a career in boxing.

Keith was rebellious; he was a dreamer, who was going to pursue boxing and hoped that boxing would open up doors that allow him to live out his life as an entrepreneur. Keith spent his first amateur fight at the age of 19. He started well in boxing. He won six national tournaments, won 101 fights and lost only twice.

However, his 2007 lost became the greatest boxing moment and the biggest record of Keith’s career. He won the silver medal in the Olympic Trials. Although it was a kind of defeat, not too many people made it. So that accomplishment became one of his greatest.

Thurman started his professional career in a light middleweight in 2007. He was considered to be one of the brightest American prospects in boxing culture. Thurman was renowned as a very powerful puncher though lacking in finesse and boxing skills. He benefited greatly from the experience of his new coach Dan Birmingham.

Keith quickly earned the title of an invincible fighter, and by 2012 he had won 19 victories. Defeating Carlos Quintana, Keith won WBO–NABO junior middleweight title and moved to another weight category.

Preparing for the next title defense fight, Keith suffered whiplash in a car accident and was forced to lay off the gym for six weeks. It was February 2016. Keith was driving on an access road and hit a patch of water on a rainy day. His Shelby GT hydroplaned spun out of control and careened into another car.

Thurman got out of the car, stood upright, and surveyed the damage to his vehicle. He was shaken up but didn’t think it was serious enough for a trip to the hospital. Thurman walked away as nothing happened. The next day, he showed up for training at the gym with the Porter fight less than three weeks away. Thurman suddenly couldn’t move his neck.

Keith sought advice from his doctors who confirmed it was the effect of whiplash. Thurman was going to fight Shawn Porter on March 12, but the fight was postponed to allow for his recovery. The bout was rescheduled for June 25 that same year, and Thurman scored a win by a unanimous 12-round decision before 12,718 fans.

Since the car accident and to May 2019, Thurman had fought only twice, outpointing long-time rival Danny Garcia by a split decision and Josesito Lopez by a majority verdict in. The wins extended his unbeaten run to 28-0 and 29-0 which dated back to 2007, making him unbeaten as a professional for ten years.

In January 2019, Thurman was in Tokyo, celebrating and enjoying the nightlife with his wife and friends when he called out “regular” WBA titlist Manny Pacquiao, recently won a one-sided decision over Adrien Broner, to a fight on his Instagram.

Although the car accident hit a pause button in his career, according to strength and conditioning coach and Keth’s aunt, Kimberly Doehnert, the boxer was in perfect form and ready to battle The Pacman in the ultimate WBA unification title showdown in Las Vegas on July 20, 2019. The fight’s announcement appeared in May 2019.

Before the fight, Thurman said:

“It’s an opportunity for me to show people how I’m the one they’re talking about. With Floyd Mayweather Jr. gone, instead of the focus being on the cash cow of the sport, it’s going to be on the multitude of fights. All I’m looking forward to is a way to separate myself from the others.”

Despite the doubts, Thurman was the slight favorite to beat Pacquiao in the betting line. On fight night 40-year-old Pacquiao added to his legend by outpointing previously undefeated Thurman in a dramatic, fast-paced fight. He won by split decision and became the unified WBA Super World Welterweight champion.

While Thurman outlanded Pacquiao by 15 punches and landed 79 more power shots, the latter did the most damage. To put it plainly, Pacquiao hurt Thurman more. Thurman talked about being prepared for Pacquiao's lunging style, but after the knockdown, he never seemed to have the Filipino legend's timing.

Keith reported he wanted a rematch with Pacquiao, but that is highly unlikely despite the appropriately tight scorecards. With bigger names and possibilities on the horizon for Pacquiao, it would not make any sense for him to fight Thurman again. Thurman has a great future as a commentator, and he made a lot of money on that fight.

Keith Thurman tied the knot with his 24-year-old Nepali girlfriend, Priyana Thapa on July 1, 2017. The two had first met in Japan in 2016 and spent time together before Thurman proposed to marry Thapa. The wedding ceremony took place at a hotel in Kathmandu. It was attended by family members and close friends.