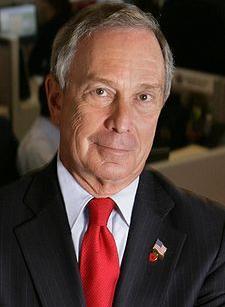 He is an effective governor and businessman who is known for his revolutionary methods in the investment business as well as his philanthropic activity.

He was born in 1942 in Massachusetts. Michael was a skilled boy and studied well. He got flawless education in two top universities. His ethnicity is Jewish. He has degrees in electrical engineering and business administration. His father was a bookkeeper. Michael was raised in an ordinary family. That’s why in his college years, he worked as a parking lot attendant to pay for his tuition.

His career started from the job on Wall Street. In 1973 he decided to become a partner of the huge investment bank. Nine years later, this company was sold, and Michael got $10 million as a partner. He set up a company that gathered high-quality business information. The first customer invested $30 million in the company. In 1987 the company got the other name – Bloomberg L.P.

He gathered a considerable fortune when he revolutionized the distribution of financial information. His data services team is a very successful and demanded company with more than 300,000 clients worldwide. In 2015 his company became a leading financial data service. He owed for his success to the comprehensive information source and business news.

As a leader of the company, he was known for his brutal outbursts. He used to turn against the colleagues who decided to leave his firm.

Besides his career in business, Michael has a vivid social position and served on the boards of the cultural institutions. Though he is a long-term Democrat, he entered the mayoral campaign as a Republican. He used his own money to keep his mayoral campaign. During his campaign, he focused on several key questions, among them education, transit, housing. He got the most significant support from the outgoing mayor, who had a splendid reputation. This fact had much influence upon the elections. As a result, he won the race even though he trailed badly in the polls the week before the elections.

As a mayor, he supported environmental initiatives. He promoted a ban od trans fats and offered a plan of improvement of the city’s infrastructure. He was reelected in 2005. In 2008 he was able to persuade people of his necessity. During the financial crisis, his skills and knowledge as an experienced businessman could help the city to overcome financial difficulties. In 2014 he stepped down to focus on his philanthropic goals.

During his third term, he tried to launch a company, which, any people counted controversially. He tried to ban sweet drinks and cigarettes.

In 2016 he supported Hillary Clinton. He wasn’t able to prevent Trump’s victory in the elections, but he managed to find solidarity among the president’s opponents. When the president announced the pulling the country out of the Paris agreement, the former major gathered influential leaders who provide money in funding to make up the loss of the American resources.

On the 8th of November, in 2019, he officially entered the 2020 presidential campaign.

His net worth is $57,1 billion, such a tremendous amount of money made him one of the wealthiest persons in the world. In 1997 he released a memoir. Being a vivid supporter of the environmental issue, he published the other book devoting the problem of climate change. In 2019 the new album was released, telling his path from the modest person to pinnacle of the investment banking world.

He was married in 1975 and stayed with his wife until 1993. Even though the couple divorced, they saved amicable relationships. This marriage gifted them children, two daughters. Later he began the relationships with the former superintendent Diana Taylor.

The businessman proved to be a longterm philanthropist. He is best known for his environmental advocacy. The politician believes that people can save the planet and offers various initiatives.

He donated $32 million to Harvard to launch training programs focused on active public service and innovation at the city level.

His philanthropic foundation is focused on health, arts, government innovation, environment, and education.