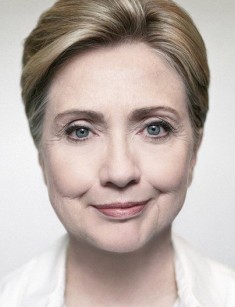 Hillary Clinton is the bright Conservative political figure in America. With her sharp intelligence, she managed to find her place in the country’s politics and become the active social activist. Clinton’s colleagues consider her the ambitious woman who can adequately assess her value and competence.

When Hillary’s husband governed the country, the image of the cool and calculating First Lady made her the most powerful female figure in the White House in the entire history of the USA. Even today, Clinton continues to aim high in the political arena. She was fighting for the presidency with confidence.

Hillary Clinton (nee Hillary Diane Rodham) was born on October 26, 1947, in one of the largest US cities Chicago. Her parents Hugh Ellsworth Rodham and Dorothy Howell belonged to the Methodist church. The father had a small but successful textile business; the mother was a housekeeper.

The would-be First Lady was the eldest child in the family; she had two younger brothers Tony and Hugh. Since the early age, the girl proved herself as the determined person whose character was strong – she was just like her father. At the same time, the future politician was an excellent student: teachers were sure she was one of the best. Besides, Hillary Clinton took interested in sports; she was fond of basketball and swimming and even won many valuable awards.

In 1965, the future US Secretary finished school and entered Wellesley College; later, she studied at the Yale University School of Law. As a student, Hillary started doing social work. She became the leader of the youth organization “The Wellesley Young Republicans.”

In 1973, the young woman became the Doctor of Law and got hired at the Children's Defense Fund. However, Hillary’s career changed soon: as she met her future husband Bill Clinton at Yale, her life turned dramatically. The yesterday’s lawyer joined the American political elite.

Since 1975, the future First Lady of the USA got engaged in politics and helped her husband climb the career ladder. She created the right political campaign for Clinton which gave him the opportunity to become the Arkansas Attorney General. In 1978, he was elected the Governor of Arkansas.

At this period, Hillary Clinton went on with the law-related activities; in 1978, she joined the board of directors of the Legal Services Corporation. For the next 12 years, she had been the active member of the Arkansas health care and education. In addition, she protected children’s rights in the region.

In 1992, when Bill Clinton won the presidential election, Hillary Clinton became the First Lady. As per her husband’s request, she was appointed the Task Force on National Health Care Reform Chairperson. She performed these duties for a year and had to quit because of the Republican’s severe criticism of her actions.

As Hillary left the health care system, she switched to the protection of American women’s and children’s interests. Besides, she became the general manager of the largest retailer company Wal-Mart. The First Lady’s business success made her financially independent from her husband: while Hillary Clinton’s earnings in 1993 were $250 thousand, her husband’s salary was only $35 thousand.

In 2000, Hillary Clinton was elected the U.S. Senator from New York; thus, she became the favorite in the presidential race in 2008. The politician was quite popular among Democrat voters; until 2007, she was the leader among the US candidates for the presidency. However, right before the elections, the attitude toward Hillary Clinton changed: people started suspecting the spouses of nepotism. Hillary decided to stop fighting for the presidency and supported her rival Barack Obama.

After Obama won the elections in December 2008, the new President proposed Hillary Clinton as the candidate for the Secretary of State; in January 2009, she took the position. Thus, the former First Lady got to the United States Department of State for the first time in the history of the country.

Performing the Secretary of State duties, Hillary Clinton created the memoir “Hard Choices” whose title characterized her responsibilities. Hillary Clinton’s achievements were ambiguous: allies considered her to be the “hawk” when it came to the politics in Iran and Afghanistan because she argued for the harsh “war” against terrorism. At the same time, some people believed it was the “American mistake” to appoint Clinton as the Secretary and did not support her political course aimed at restoring the relations with Russia. In 2013, John Kerry replaced Hillary; the woman continued her social activity in the sphere of women’s and children’s rights protection.

Throughout Bill Clinton’s presidency, his wife was always aware of the domestic affairs. As a result, she gained the valuable experience of running the country. In 2015, she announced she was going to take part in the next presidential race in November 2016. Social surveys showed the former First Lady was the leader in the rating of the most probable winners, and the majority of voters supported her.

Hillary Clinton’s social, political, and personal life had been involved in several big scandals. Bill Clinton’s affair with the intern Monica Lewinsky provoked the public outcry and became one of the most popular subjects of discussions. In 1998, this politically colored sex scandal could lead to the President’s impeachment. Nevertheless, Hillary’s icy intelligence and burning desire to remain the top political figure made her support her husband publicly and call his relation with Lewinsky the conspiracy against the US President.

Among the recent great scandals, the personal e-mail data disclosure occurred. Hillary used this e-mail for internal headquarters correspondence when she was the Secretary of the State. It was the crime against the state since the classified information could leak and endanger the United States. According to the special inspection, the correspondence did not contain sensitive data for the most part, but some 150 letters were declared confidential and classified.

In 2015, Hillary Clinton said she was going to run for the presidency. The primary election results showed the politician was the leader of the race; the scandalously famous billionaire Donald Trump became her main rival.

From the very first days, Clinton and Trump were tough opponents. Both candidates did not want to give up without a struggle – they were ready to fight for the presidency to a pulp. Their debates drew attention from all over the world: they were full of explicit aggression.

Hillary Clinton’s pre-electoral campaign was based on the immigration reform support so that some illegal migrants could legalize their status. Besides, she planned to protect LGBT+ people’s rights and support the middle class with the average salary increase and income gap elimination.

In case of the victory, Hillary Clinton was going to continue the strict international politics. She was ready to confront Russia and its leader Vladimir Putin; in addition, she wanted to fight the Islamic State of Iraq and the Levant. The politician intended to back the opposition in Syria that tried to grab the power in the country and oust the country’s leader Bashar al-Assad.

From the first sight, Hillary Clinton’s personal life seems exemplary. In 1975, she married her peer Bill Clinton who managed to become the President of the US for two terms thanks to his wife’s support. Even her husband’s unfaithfulness that people discussed could not break the marriage: the couple continues to live together and demonstrate the perfect family relationship.

In 1980, the couple’s only child Chelsea Victoria was born. Hillary’s husband was the only American who decided to be present at his wife’s childbirth at that time. Chelsea Victoria graduated from Stanford University and started working at her father’s charity fund.

In 2010, Chelsea Clinton married the investor Marc Mezvinsky. Their marriage was called “the wedding of the century”: the celebration costs were about several million. At the end of 2014, Hillary and Bill Clinton’s granddaughter Charlotte was born.

In June 2016, Chelsea gave birth to the second child, the son Aidan Clinton Mezvinsky. The family does not prevent Chelsea from being a public figure and supporting her mother in the world of politics.

During the harsh presidential race, Hillary Clinton’s health became the subject of public attention. The Americans noticed that her physics worsened and guesstimated that Clinton was keeping her serious disease in secret.

The incident during the 9/11 Memorial in 2016 fueled the suspicions: Hillary Clinton almost fainted right in front of the audience. After the ceremony, Clinton’s health was one of the most frequently discussed subjects. People believed the leader with series diseases should not rule the country.

After the fainting scandal, Hillary Clinton informed voters as soon as possible that she felt sick because of her pneumonia: she had fallen ill during long pre-electoral campaign trips from one city to another. The candidate’s doctor confirmed Clinton’s diagnosis and assured the politician had no chronic diseases – on the contrary, she was healthy for her age. 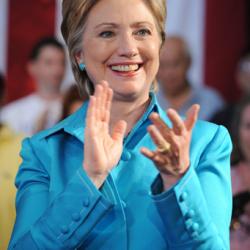