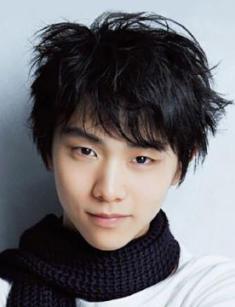 Yuzuru Hanyu is a Japanese figure skater who has become a legendary figure in his country despite his young age. The athlete has broken several Olympic records, earned gold medals at World Championships and Winter Olympics, and topped International Skating Union World Standings.

The future sports star was born in Sendai, Japan, on December 7, 1994. The boy attended the same school as other famous figure skaters, Takeshi Honda and Shizuka Arakawa.

For the first time, Yuzuru went to the rink at four: the mother took her son and daughter to a figure skating club. Soon, coaches noticed the young talent: Yuzuru could copy elements and connecting parts he only watched once. Soon, Hanyu could perform pretty difficult tricks.

Japan Novice Championships became the first significant event for the ten-year-old athlete. His performance was successful and brought the top position. Although the boy was diagnosed with asthma, it did not prevent him from training and achieving splendid results.

In the season 2010-2011, Yuzuru Hanyu began to compete adults and debuted at NHK Trophy, placing fourth. Besides, the athlete participated at Cup of Russia, but his results were less impressive: number seven. The next year, the young man won the gold medal at Rostelecom Cup — 2011 in Moscow and finished the season as number four in Japan.

It was more than good for the first season. By the way, preparations were edgy for Hanyu: his home city suffered from an earthquake, and the athlete had to practice in Yokohama and Hachinohe.

The following season was marked with two gold medals at Finlandia Trophy (2012, 2013). The Olympic Games in Sochi were also beneficial: Yuzuru was the leader at the short program and free skating and gained the cherished Olympic gold. The next month, Hanyu proved his talent again: he won the World Champions in Saitama, Japan.

Unfortunately, the end of the year was less favorable: during the 2011 Cup of China, the Chinese skater Yan Han surpassed him. More than that, Hanyu was seriously injured and had to use a wheelchair; he could not finish the season, although he was included in the top six Grand Prix finalists and even took a high place for his short program and free skating in Barcelona.

The same year, the young man was diagnosed with a urachus disorder and had surgery; luckily, no complications followed. The athlete returned to training two months later, but the mishap period did not finish: Yuzuru had an ankle injury at the beginning of 2015. Will all those ordeals, he managed to win the silver medal at World Championships.

The same year, Yuzuru became number one at World Championships in Tokyo; this victory put the national team to the third place. While the competition in Shanghai was marked with the second place, Autumn Classic International was brilliant: Hanyu received the gold medal.

Hanyu broke several world records in the season 2015-2016. He surpassed his own 2014 results and got 106,33 points for the short program; the free-skating results were the recording 216,07 points. Besides, the young man’s technique was top-notch and established a new record worldwide.

The same season, the Japanese athlete outwent his own achievements at Grand Prix Final in Barcelona and renewed the short-program and free-skating records. Apart from that, Hanyu won the third gold at the event and became the first one who did that in men’s singles. Perhaps, Yuzuru let himself relax a little – the World Championships was marked with a couple of unfortunate mistakes and the second place.

The season 2016-2017 started with Hanyu’s victory at Autumn Classic International in Canada. The sportsman impeccably performed the quadruple loop jump for the first time in the history of men’s singles. He also won the World Championships.

It was not an easy task to surprise fans after a chain of world records. However, Hanyu did it again: he broke his own point record for free skating at World Championships in 2017.

The sportsman’s schedule is pretty busy: tournaments, training, and flights. However, he finds time to study at a university: the young man believes it may be useful in the future.

The athlete prefers to keep his personal life secret. According to Hanyu, he would like to have a family in the future, but whether he is dating someone remains unknown.

At some moment, rumors had it Yuzuru was seeing the Spanish figure skater Javier Fernández; the young people denied them and emphasized they were good friends. Besides, there were speculations about Hanyu’s romance with the Russian figure skater Evgenia Medvedeva, who was extremely popular in Japan. Once again, they were never confirmed.

In January 2018, Yuzuru Hanyu became number one at International Skating Union World Standings. He participated in the Winter Olympic Games and gained another gold. 2019 brought the sportsman the silver medal at World Championships.

One can see many videos and photos on fan pages, as well as the latest news about Hanyu. According to the young man, he will become a coach and prepare a new generation of figure skaters later.