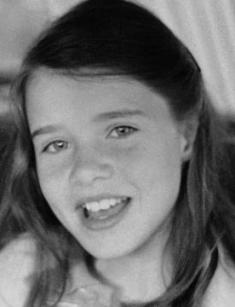 The name of the American schoolgirl Samantha Smith was familiar to every citizen in the USSR and the USA in the 1980s. She became well-known due to the famous letter written during the Cold War to CPSU General Secretary Yuri Andropov.

The girl’s trip around the cities of the Soviet Union attracted wide media attention and marked the beginning of her work as the youngest peacemaker and goodwill ambassador who sought to answers the questions about security and relations between the leading world powers.

In 2016, the feature film Samantha Smith’s Truth directed by Russian filmmaker Andrey Sobolev was based on the story of the American girl, starring Daniil Strakhov, Alina Babak and Inna Gomes.

American girl Samantha Reed Smith was born on June 29, 1972, in the small town of Houlton, on the Canada–United States border. She was the only child of Arthur and Jane Smith. At the age of 5, the girl mastered grammar and wrote a letter to Queen Elizabeth II to express her admiration to the queen.

During her school years, Samantha’s family moved to Manchester, bordering Cobbosseecontee Lake, where her father, who had previously worked as an instructor, was appointed a professor of literature at the University of Maine at Augusta. The mother worked with the Maine Department of Human Services and devoted all her free time to raising her daughter, who became a primary school student in a local comprehensive school in 1980.

Like many ordinary American girls, Samantha was fond of sports and was a member of the softball and field hockey youth teams. Smith's daughter was shy and had almost no friends. So, in her free time, she liked roller-skating, playing the piano and reading. Books influenced the character of the schoolgirl, and some questions began roaming in her head, but the parents could not always give an exhaustive answer.

The same thing happened in the early 1980s when relations between the USSR and the United States of America were very tense due to the war in Afghanistan and the deployment of Pershing 2 Missiles in Europe. At that time, Time magazine published informational materials on pressure from the new Soviet leader as well as his portrait on the cover.

Curious Samantha looked through the issue and asked whether the USSR Secretary General really wanted to use nuclear weapons to destroy the world. The mother could not come up with a reasonable answer and advised her daughter to write a letter to Yuri Andropov and understand his intentions. In November 1982, she sent to the Kremlin a landmark letter full of children's concern for the safety of people around the world. It read as follow:

My name is Samantha Smith. I am 10 years old. Congratulations on your new job. I have been worrying about Russia and the United States getting into a nuclear war. Are you going to vote to have a war or not? If you aren't please tell me how you are going to help to not have a war. This question you do not have to answer, but I would like it if you would. Why do you want to conquer the world or at least our country? God made the world for us to share and take care of. Not to fight over or have one group of people own it all. Please lets do what he wanted and have everybody be happy too.

The Soviet leader tried to seriously and honestly explain to Samantha the position of the USSR regarding nuclear weapons and solemnly swore that he was not going to use it first against America or any other country.

“We want peace — there is something that we are occupied with: growing wheat, building and inventing, writing books and flying into space. We want peace for ourselves and for all peoples of the planet. For our children and for you, Samantha,” Andropov wrote in the letter.

Besides, the CPSU General Secretary invited the Smith family to visit the Soviet Union in the summer of 1983 and to see for themselves the friendly intentions of the government and the desire to establish relations with the peoples of other states.

Journey to the USSR

They began to plan Samantha Smith’s route around the cities of the Soviet Union a few months before the official visit of the family of the American schoolgirl. A small delegation arrived in Moscow on July 7, 1983. The girl, who received the status of a young goodwill ambassador, was welcomed by crowds of people concerned about the peaceful resolution of the Cold War and the end of the nuclear arms race.

Samantha first visited the sights of the capital, including the Kremlin, the tomb of the Unknown Soldier, Lenin's Mausoleum and the Hall of the Supreme Council of the Soviet Union. Getting acquainted with the history of the Soviet people, the girl paid tribute to the first cosmonaut, Yuri Gagarin, and then went to visit the international children's camp, Artek.

The foreign peer was enthusiastically welcomed by children, she was honored to wear a pioneer uniform, and they showed her the most exciting places on the Black Sea coast during excursions. Samantha made new friends, including Natasha Kashirina from Leningrad and other girls from different cities of the Soviet Union.

At the end of a two-week trip to the USSR, the Smith family got acquainted with the cult places of the Northern capital as well as with the diaries of Tanya Savicheva, learning about the tragic events of the blockade of the city from 1941 to 1944. The girl also got acquainted with the creative heritage of the Russian people, seeing a play based on fairy tales at Leningrad Palace of the Pioneers and Schoolchildren and a classic production on the stage of the Opera and Ballet Theater.

Samantha could not meet CPSU General Secretary Yuri Andropov, but she met the Hero of the Soviet Union, female cosmonaut Valentina Tereshkova.

Before she went home, the American girl got a huge number of souvenirs and letters. Standing on the airstair, the friendly schoolgirl waved in farewell and said inspirational words:

Samantha became a national heroine in the USA. At the Maine Airport, the goodwill ambassador was celebrated by a red carpet, a limousine, and crowds of enthusiastic fans with flowers. In the blink of an eye, the girl became a celebrity who was invited to play roles in the popular TV series Lime Street and Charles in Charge, and Samantha interviewed candidates George McGovern and Jesse Jackson before the 1984 presidential election.

In late 1983, the Smith family attended the Children's International Symposium in Kobe, Japan, and met the Prime Minister Yasuhiro Nakasone.

In her speech, Samantha shared her impressions of the previous trip and suggested the leaders of the nuclear powers exchange granddaughters once a year. The girl claimed that this would strengthen world security and help establish contacts between governments and peoples of states that possessed deadly weapons of incredible strength.

The schoolgirl shared her thoughts in the book Journey to the Soviet Union, translated into many languages. Samantha’s projects subsequently inspired many exchanges of child goodwill ambassadors, including the meeting of President Ronald Reagan and Soviet girl Katya Lycheva.

Samantha Smith’s life was too short for the implementation of far-reaching plans of peace on the planet. On August 25, 1985, the girl died in a crash of an American Beechcraft 99 plane, which struck trees while landing at Lewiston-Auburn Regional Airport.

The causes of death of the youngest goodwill ambassador are still a mystery, but, according to some foreign researchers, the crash was caused by disagreements between the Soviet and American authorities.

Monument to Samantha Smith at the place of her death

However, most historians maintain the official version of the death of Samantha and her father. They claim that the pilot lost control of the plane and missed the runway in low visibility conditions.

The world will forever remember the smile of the brave and honest girl who conquered millions of hearts. The funeral was attended by more than 1 thousand Americans, mourning the loss of the little heroine, who became a symbol of world security and the settlement of relations between the governments of the USSR and the USA.