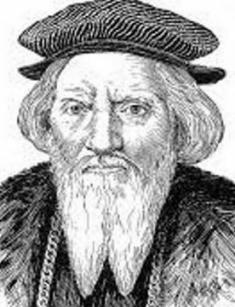 Italian navigator Giovanni Caboto, better known as John Cabot, is the first person to reach the shores of Canada. Cabot's voyages are considered the earliest European explorations of the coast of North America.

Giovanni Caboto was born in 1450, presumably on May 23, and raised in the family of Giulio Caboto and his wife. He had a brother, Piero.

The Italian cities of Gaeta and Castiglione Chiavarese have been proposed as his birthplace. Historians consider the first place to be the best option because there are records (until 1443) about the Caboto noble family in the archives of Gaeta. However, Pedro de Ayala, a contemporary of the traveler, described John Cabot in a letter to the Spanish Crown as "another Genoese like Columbus." Castiglione Chiavarese is a city in the Province of Genoa, and Gaeta is located in the Province of Latina.

It is known for sure that the future conqueror of North America was Italian.

There is little information about John Cabot's life. In 1476 he became a citizen of the Republic of Venice, which required at least 15 years of residence in the city. So, the family of the researcher must have lived in Venice since at least 1461.

Venetian citizenship gave Cabot the right to engage in maritime trade, including in the Mediterranean. The trade helped the Italian savvy to acquire the knowledge of oriental goods: spices and silk. While purchasing them from the Arabs, Cabot asked about the origin of the spices. Listening to the vague answers, the man concluded that India was the birthplace of spices. The desire to visit this country inspired Cabot to adventure.

The facts of the personal life of John Cabot are known thanks to the archives. So, by 1484, the researcher was married to Mattea and had at least two children. In total, three sons, Ludovico, Sancto, and Sebastian Cabot, were brought up in the family. They traveled around the world together with their father.

On November 5, 1488, John Cabot left Venice as an insolvent debtor and moved to Valencia. They even tried to arrest the researcher, seeking the assistance of local authorities. However, the Inquisition raged in Spain, and nobody cared about a petty criminal.

While in Valencia, John Cabot Montecalunya (as he is referred to in local documents) proposed a plan to improve the harbor, which was rejected. In early 1494, the man moved to Seville, where he worked on the construction of a stone bridge over the Guadalquivir river. The project was abandoned following a decision of the authorities in December of that year.

After a series of setbacks as a civil engineer, Cabot recalled his love for the sea. He sought the support of the authorities in Seville and Lisbon for an Atlantic expedition. Having not received any positive response, the man went to the British government in mid-1495. They decided to help him; thus, Giovanni Caboto became an English citizen and changed the name to John Cabot.

In 1480, merchant John Cabot asked the Bristol authorities to organize an expedition to look for Hy-Brazil, an Island of the Blessed, which, according to Celtic mythology, was located somewhere in the Atlantic Ocean. They believed that the island was a source of brazilwood, from which a valuable red dye could be obtained. The success of this journey would have brought untold wealth to Cabot, but the request was ignored.

At the end of the 20th century, British historian Alwyn Ruddock published documentation that John Cabot arrived in London in June 1495 to seek support to organize expeditions under the English flag. One of his patrons was Father Giovanni Antonio de Carbonariis, who introduced the traveler to Henry VII, having a good relationship with the royal court.

In March 1496, Cabot received a loan from the banking firm in Florence. Although it represented a substantial contribution, the sum was not enough to entirely finance the expedition. Then Henry VII gave the traveler permission "to sail to all parts, regions, and coasts of the eastern, western, and northern sea, under our banners, flags." The document said that Cabot should start expeditions from Bristol, and the discoveries made during the trip became the property of England.

It is believed that John Cabot made his first voyage in the summer of 1496. The study area, route, and travel destination are unknown. Perhaps the Italian researcher decided to reach the coast of Hy-Brazil. The only thing that provides the information about the expedition is the letter of Bristol merchant John Day to the navigator Christopher Columbus, which dates back to the winter of 1497. In general, the merchant described Cabot's second journey, but there is also the following information:

“He went with one ship, his crew confused him, he was short of supplies and ran into bad weather, and he decided to turn back.”

Cabot took the next voyage in 1497. Information about the journey comes mostly from the chronicle of the city of Bristol. The chronicle says: "This year, on St. John the Baptist's Day [24 June 1497], the land of America was found by the Merchants of Bristow." The Matthew ship, which was probably named after the wife of explorer, Mattea, departed from the port on May 2 with 18-20 people on board and returned home on August 6.

The "John Day letter" provides interesting facts about the expedition. Some historians believe that the man was on the board of Matthew. The merchant indicates that the ship was on the way 35 days before sighting land. Then, Cabot spent about one month discovering the coast, moving towards Hy-Brazil. They returned to the coast of Europe in fifteen days.

During the first landing, Cabot declared the land to belong to the English King. The exact location of the landfall has long been disputed by historians and geographers. They have proposed Labrador, Maine, Cape Breton Island, Cape Bonavista as possibilities. On the 500th anniversary of the expedition, the Canadian and British authorities designated Newfoundland as Cabot's official landing site.

The letter of the Milanese Ambassador, Raimondo de Raimondi de Soncino, dated back to December 1497, also proves this fact. It says that during the expedition, Cabot discovered a place near the island of Newfoundland, "swarming with fish." Later, the site in the Atlantic Ocean which was rich in herring and cod was called the Grand Banks of Newfoundland.

Merchant Lorenzo Pasqualigo from Venice wrote in a letter to an unknown person that Cabot's journey was nothing more than rumors. Allegedly, "the Venetian who went with a small ship from Bristol has come back and says he has discovered mainland 700 leagues away." Cabot coasted it for 300 leagues and did not see any person; but he found a fireplace, animal dung, fishing tackle, which made it possible to conclude that there were inhabitants on this land.

Alwyn Ruddock referred to a letter of Giovanni Antonio de Carbonariis and suggested that Bristol sailors had discovered the land in the ocean before Cabot's voyage, so his contribution to science is greatly overestimated. According to the historian, the expedition to the shores of North America took place 20 years before the Italian navigator’s voyage. However, this letter has not been found yet, since it is not known which archives Ruddock used.

On return to Bristol, John Cabot went to report to the King. On August 10, 1497, the traveler received a reward of £ 10, equivalent to about two years' pay for an ordinary laborer or craftsman, for great geographical discoveries. In December of that year, Henry VII awarded Cabot a pension of £ 20 per year.

On February 3, 1498, the researcher received a new letters patent covering the voyage, and already in May of that year, he departed with a fleet of five ships from Bristol, one of which had been prepared by the King. Some ships carried cloth and lace that Cabot planned to trade on the expedition.

In July, one of the ships was caught in a storm and was forced to land in Ireland, but the other ships continued their way. In 1498, Cabot's crew reached the coast of North America and coasted the area. They say that the journey ended on the border of the Spanish territories in the Caribbean, but there is no reliable information about the events of that expedition.

The date, circumstances, and cause of death of John Cabot is still a stumbling block. It is believed that the ships were lost at sea on the way back, but at least one of the crew members, Lancelot Thirkill, died in London in 1501.

Some historians believe that Cabot died during the voyage. His oldest son Sebastian headed the expedition. By the way, the young man followed in his father's footsteps. In 1508, he undertook a voyage to North America, and in 1526-1530 to South America.

Alwyn Ruddock suggests that Cabot returned successfully to England in the spring of 1500. The historian made this conclusion, referring to the map of Juan de la Cosa, who was part of the Italian crew. He wrote the last coordinates precisely in 1500.

After Cabot's death, numerous portraits and architectural structures dedicated to the memory of the researcher have been created in the world, and especially in the UK.

Thus, Cabot Towers were built in St. John's, Newfoundland and Bristol to commemorate the 400th anniversary of the great voyage, one of them is 30 meters tall. For the 500th anniversary, bronze replicas of the Matthew were docked at Cape Bonavista and in Bristol.

Cabot Street appeared in Newfoundland and Labrador, Cabot Squares in London and Montreal. John Cabot University was established in Rome, as well as John Cabot Catholic Secondary School in Canada. But a significant historical event is that John Cabot's travels inspired Henry Hudson.