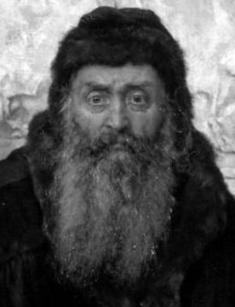 The largest city in the United States, New York, with a population of 20 million inhabitants, as well as such metropolises as Troy, Hudson, Albany, and Kingston are connected by a river that bears the name of Hudson, an extraordinary navigator. He is known as the discoverer of the North-East of America and modern Canada. In addition to the river, the Strait and the Bay are named in honor of the great Britt. The latter is twice as big as the Baltic sea. Sir Henry Hudson paid the price of his and his son's life for his devotion to his beloved work.

Historians and admirers of the Navigator joke that the river was called not after Henry Hudson, but after Mrs. Hudson. After all, the British pioneer was the compatriot and namesake of the legendary Mrs. Hudson, the kindest hostess of the apartment on Baker street.

The biography of the researcher is full of blanks because sir Henry lived in the XVI century. It is believed that he was born in London on September 1570 and that he began his career in navigation as a cabin boy.

It is still a question of history who was Hudson's parents, as well as whether he was an only child in the family or grew up in a noisy company of brothers and sisters. Historians agree on one thing: from early childhood to the last days, Henry's life was connected with the sea. The cabin boy grew up to the captain, imprinting his name in the history of navigation in gold letters.

The early years of the Hudson coincided with the Europeans ' active search for ways to bypass America from the North through the cold Arctic seas to get to Asia. Insurmountable obstacles on the way of the brave ones were severe frosts and icebergs. But optimists believed that the sun that was seen continuously in the sky of Northern latitudes for three months would melt the ice and that the chain of lakes and rivers flowing into them in the North of the American continent could be a possible way to the Pacific ocean.

In 1607, the self-confident 37-year-old captain Henry Hudson appeared at the door of the British trading company, which owned a monopoly on trade with Russia. The organization, which was called Moscow Company, was one of the few that managed to obtain a Royal Charter and a substantial budget. Hudson said he knew how to get to Japan by cutting across the North pole.

In London, the captain's name did not ring a bell to anyone, but sir Henry was very persuasive. The company offered the daredevil a contract, under which his signature immediately appeared. But this "generosity" of the company ended: Hudson offered the old 80-ton bark "Hopewell," badly battered in expeditions to the shores of North America, and a team of 12 people.

The ship, led by Hudson, sailed from the shore in May 1607, and in mid-June reached Greenland. Henry sailed along the coast to the North for a week, and reaching the 80th degree of Northern latitude, turned to the East and by the end of June saw the archipelago of Svalbard. Two weeks later, the ship stopped: blocks of glittering ice stood before the stern. In mid-September, "Hopewell" returned to its home Harbor.

Henry Hudson did not give up the risky venture: in the spring of 1608, the "Hopewell" hit the road again under his guidance. This time the captain was looking for a passage in the North-East, planning to go along the North of Eurasia. Having sailed in the second half of April and covered 2.5 thousand miles, in July, the ship reached the archipelago of Novaya Zemlya. But even in the middle of summer, the Arctic ice did not melt. At the end of August, "Hopewell" for the second time returned to the port with nothing.

The company refused the third expedition, which the researcher insisted on. Therefore, in 1609, sir Henry changed his job, settling in the East India Company, owned by the Dutch. They, too, were eager to get to Asia by the shortest route, through the Arctic. Hudson violated the laws of his country, forbidding British captains to work for foreign companies. Henry decided to take desperate action because, at home, they did not believe in him.

The Englishman was entrusted with a small ship "Halve Maen" ("Crescent"), unsuitable for traveling in the harsh Arctic climate. The ship left the Harbor of Amsterdam in April and tried to circumnavigate the Novaya Zemlya from the North. The crew, who lived in the hold, was in a grim mood: a piercing wind with snow blew through the room in which the sailors lived. The captain offered to change course, turning to the coast of America: there Hudson hoped to find a passage to the Pacific.

In mid-summer, the "Halve Maen" reached Newfoundland, then moved South, where the Explorer came across a spacious Bay, from which a broad and deep river rushed North. After traveling for 150 miles, Henry Hudson never found his way to the Pacific.

Autumn forced the captain and crew to return to their home port. On the way to Amsterdam, sir Henry stopped by England. But going to Dartmouth, he got into a trap: the Britt, who broke the law, was banned from leaving the country, threatening court for work on the Dutch company. Learning that the ship belonged to a large company, the Britts laid off the navigator.

In 1610, the Dutch claimed the rights to the land discovered by Hudson at the mouth of the river, setting up a settlement here. Soon trade was flourishing there with representatives of Indian tribes, whose beavers were traded for mirrors and knives. But, starting with skins, alien merchants had traded for different goods all over the island. If we transfer the cost of products to the current prices, the purchased land cost $ 700. If we look at the current cost estimation of Manhattan, we will see the apparent success of the deal: Now it is estimated at $49 billion.

Initially, the Dutch called both the river and the island Mannahatta. Only over time, the Bay, the Strait, and the river got the name of the navigator, and the island became known as Manhattan. Two hundred years later, Jules Verne in one of the novels described the journey of captain Hatteras to the North pole, but even then the work was considered a fantastic invention because the trip to the pole remained a dream, the future of geographical discovery.

The frantic main character of the novel, Hatteras, could not resist the dream of conquering the North Pole, the same happened with navigator Hudson. In 1610 London merchants fitted out the "Discovery" ship. The task for the captain was the same: to find the passage to the Pacific Ocean from the Northwest. The route of the ship that sailed from the port of London in April lay at the Greenland coast. In July, Henry Hudson contributed to science, finding the Strait, following which, his ship made its way to the West.

The "Discovery," having overcome the Strait, found itself in a spacious bay. But the sailor failed to find a passage into the waters of the Pacific ocean. Today, looking at the map, contemporaries will see that it is impossible to find a way out into the ocean because there isn't one. But sir Henry learned this only by examining the Bay. This work took too much time, the ship was delayed and was in an ice trap. The crew went ashore, breaking the winter near the island of Labrador.

The team survived the harsh winter, hoping to return home in the spring. But the captain insisted on continuing the expedition. A riot broke out on the "Discovery."

There is no information about the private life of the English Navigator. The existence of a son, whom he took on an expedition, suggests the presence of a wife. But there is no confirmed information about her name and the family of Henry Hudson. It is unknown whether he had children, except a teenage son, thrown out by the "Discovery" team overboard and doomed to death.

In the summer of 1611, Henry Hudson announced to the team, who had a hard time surviving the winter and dreamed of returning to the port, that he intended to continue to explore the Bay. The crew demanded to return to England and refused to obey the captain. The revolt broke out, and Sir Henry and his 15-year-old son and seven sailors were put in a boat and left at sea. They were doomed because the team did not leave them any food or drink. The "Discovery" returned to port.

There are no witnesses to the death of Henry Hudson, and people can only try to guess the causes of death of the navigator. Supposedly, the sailor died from hunger and cold together with his son and faithful members of the team in cold Northern waters. No weapons were left for them either. The tragedy of the Hudson inspired the artist John Collier to create a painting, called The Last Voyage of Henry Hudson.

If you are wondering how did the British navigator look like, it can be seen in the alleged portrait of Hudson from the Encyclopedia of Universal History of 1885. But the biographer of Hudson — Thomas Janvier wrote:

"The man in the collar is not Hudson, that's for sure."

Biographers later reported exciting facts about the life and work of the navigator. Studies and essays say that the instigator of the rebellion on the "Discovery" was someone named Henry Greene. It is noteworthy that earlier Hudson sheltered this man in his London house and then took to his team, hiding it from the company.

Greene had a grudge against the captain because of the coat from the gunner, which he wanted so bad. Sir Henry did not give his coat, which was the last straw for a sailor who had been preparing the rebellion on the ship for a long time. When the boat with Hudson, his son, assistant navigator, and sailors were abandoned, the ship's crew rushed to look for food, believing that the captain hid it. But in his cabin, there were only two hundred crackers, some flour and a keg of beer.

Thirteen sailors who returned to the port went on trial: In Britain, people went to prison to serve a life-long sentence for mutiny on the ship. But because of the confused testimonies, the suspects were released. Officials of the pilot management indicated in their statement:

"Still, there is some reason to believe that they (people left in the boat) landed safely on the shore in James Bay and lived for many months or even years until death came for them."

Skeptics call these lines an attempt at self-justification: no one ever found traces of the boat or the remains of Hudson and the sailors.

Besides the Britt, North America was explored by Italian John Cabot, Scotsman Alexander Mackenzie, and Frenchman Jacques Cartier. Their achievements were the most significant.