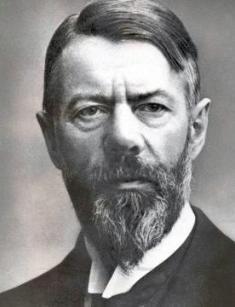 Max Weber is one of the officially considered founders of basic sociology (along with Karl Marx and David Émile Durkheim). However, the ideas and academic writings of Max Weber have also influenced several other social sciences. Many of the concepts of leadership and governance (the so-called "ideal types of political leadership," i.e., authority) are still relevant in the political sphere.

Maximilian Karl Emil Weber (the full name of the sociologist) was born on April 21, 1964, in the German city of Erfurt. The boy became the eldest son in the family. The family had six more children after him (according to other sources, eight, but two died as infants).

Maximilian Weber's father held a public office and was also a member of the national-liberal party. As a result, prominent politicians, scientists, and local government officials often gathered in the house of the Webers.

The boy grew up in an atmosphere of political debate, diverse opinions, and intellectual discussion on a wide range of issues, which led to the formation of his own views on the world. Once, as a teenager, Maximilian prepared an unusual Christmas present for his parents - a self-written historical essay.

However, traditional classes with teachers left Maximilian indifferent. The boy was bored at lessons and sometimes openly ignored the teachers' tasks, plunging them into fair anger. In adolescence, however, Max Weber read his father's library, getting acquainted with classical and scientific German literature, as well as books of world classics.

Over time, Maximilian's relationship with his parents went terrible. According to the young man, his father was too attracted to the earthly pleasures that Weber considered grounded. Mother, on the contrary, adhered to the ideas of Calvinism (the founder of which was the theologian Jean Calvin) and sought a complete asceticism.

In 1882, Maximilian Weber entered the University of Heidelberg as a law student. A little later, he was transferred to the University of Berlin. For the first few years, as Max Weber confessed, he did not miss the funny student gatherings with beer, as well as fencing.

However, this did not prevent success in studying, and soon the young man even began to work as a junior lawyer, gaining practical experience. In 1886, Weber passed the exam, which allowed the young man to work independently.

Three years later, Max Weber earned his law doctorate by writing a dissertation on legal history. Afterward, Weber continued to study international law and prepared another thesis. At the same time, Maximilian was appointed as a lecturer at the University of Berlin. The young man also provided legal consulting services.

In addition to his legal interests, Max Weber was also concerned with sociology and, to be more precise, social policy. The scientist even joined the Verein für Socialpolitik, where he studied the issues he was interested in with likeminded people.

The main ideas of the society members were based on the primary principle: in their opinion, economic science should be considered as a tool that would allow solving social problems in the society of the current era. At the same time, Weber also took up politics by joining the center-left party.

In 1984, Max Weber moved to Freiburg, where he became the lecturer of economics at the university. At the same time, the scientist brought together intellectuals of the time, forming the so-called "Weber Circle," which included, perhaps, the most interesting people of the time such as Georg Jellinek, Robert Michels, Werner Sombart and others.

Max Weber also continued to study economics and legal history in the context of sociology and social theories. Around that time, emerged the Weber's concept of understanding sociology.

In 1897, Max Weber had a serious quarrel with his father. Two months later, the father died without resolving the conflict with his son. This grief seriously affected Max Weber's mental state. The scientist fell into depression and began to suffer from insomnia and constant nervous tension. Weber stopped teaching and spent several months in a sanatorium. Then he went to Italy for two years, from where he returned only in the spring of 1902.

It is noteworthy that the scientist described in detail his fears, disorders, and mental illness, but his wife destroyed these records, fearing that they could cause the prohibition of other works of her husband.

In 1903, Max Weber recovered from the trauma caused by his father's death and returned to his scientific activity. Nevertheless, he preferred the post of assistant editor in a scientific journal to teaching. A year later, in the same edition, Weber published his key work, The Protestant Ethic and the Spirit of Capitalism devoted to the interaction between culture and religion, as well as their influence on the formation of the economic system.

The activities of The Verein für Socialpolitik disappointed the scientist, and in 1909 Max Weber left the organization. Together with Georg Simmel, Werner Sombart and Rudolf Goldscheid, he founded his own German Sociological Association (Deutsche Gesellschaft für Soziologie, or DGS) and became its first treasurer and ideological inspirer.

Three years later, Weber left the organization and tried to organize his own political party. Max Weber's idea was to unite liberals and social democrats, but this initiative failed.

At the beginning of the First World War, Max Weber went to the front as a volunteer, where he organized field and army hospitals. The front days changed the scientist's views on the expansion of Germany. While Weber initially supported the Kaiser's war policy, he became one of the sharpest critics of this policy sometime later.

Max Weber also promoted the democratization of the political system in Germany, the establishment of universal suffrage and constitutional reforms, in particular, the implementation of the institution of presidency as opposed to the existing bureaucracy. Weber also put forward his own candidacy in the parliamentary elections but did not get the necessary number of votes.

In 1919, Max Weber, being disappointed in politics, returned to teaching. His latest lectures were later collected under the titles of Science as a Vocation and Politics as a Vocation. However, not all of Weber's ideas were well-received. Some of his views on current politics, the legitimacy of power, and the events of the November Revolution brought together a right-wing demonstration under the scientist's window.

Max Weber was married. The wife of the scientist was a distant relative named Marianne Schnitger. The woman shared her husband's interest in science and seriously studied sociology, the theory of social action and even was an activist who protected women's rights.

It is noteworthy that there were many rumors about Max Weber's personal life. It was said that the spouses preserved their purity and did not touch each other, and the relationship was based exclusively on respect and community of interest. They had no children in this marriage.

Max Weber contracted the Spanish flu, the severe flu that was complicated by pneumonia, which caused the death of the scientist.