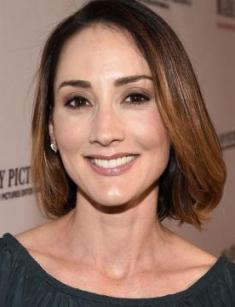 2018-2019 have been full of personal and work-related events for Bree Turner. The actress divorced after ten years of the marriage and participated in the TV series 9-1-1; its creators announced the third season in March 2019. Whatever happens, the woman tries to keep it up and enjoy her life.

The future celebrity was born on March 10, 1977, in Palo Alto, California. She spent her early years traveling due to the father’s occupation: the man used to be an NFL linebacker and coach.

Bree was the eldest kid in the family and had three younger brothers. Today, one can see many childhood photos on Turner’s Instagram; she expresses her love for them.

Bree Nicole attended the Monte Vista High School and became the Homecoming Queen there. Further on, she continued her education at King’s College London and UCLA. The young talent was interested in dancing more than anything and mastered her skills; this way led her to cinematography later.

Turner appeared as a dancer in many classic movies: My Best Friend’s Wedding, The Big Lebowski, She’s All That, and Austin Powers: The Spy Who Shagged Me. Besides, one could see her in music videos of the American guitarist Brian Setzer and the boy band Sugar Ray. Soon, movie makers noticed the artist’s potential and offered her roles in their projects. In 1999, she participated in Undressed and Deuce Bigalow: Male Gigolo; American Pie 2, The Wedding Planner, Cold Case, The Mentalist, and The Ugly Truth followed.

“Being a part of the show as long as we have now, what’s really fun about this series is that these characters are in us, they’re in our skin. <…> It’s really fun to play a real married couple. <…> They’re madly in love with each other, but they’re also real people, and they can disagree, and it’s going to be okay. In our process together, we work really well together.”

Bree married Justin Saliman on June 22, 2008. The man had nothing to do with cinematography and worked as an orthopedic surgeon.

The daughter Stella was born two years later, in June. The parents welcomed the second child, the son Dean, in September 2012.

As the actress told journalists, being a mother was useful for acting:

In 2018, the family idyll ceased to exist; the couple divorced due to irreconcilable differences.

In 2019, Bree expanded her filmography with the short movie I’m F%$#ing Fine and began to shoot in the thriller Glass Houses; the premiere is scheduled for 2020.

The artist uses social networks to communicate with her fans: she has Instagram, Facebook, and Twitter accounts. She is particularly active on Instagram and posts photos from red carpets and vacation. The woman’s height is 5.68 feet (173 cm.), and her weight is 119 lbs. (54 kg.).