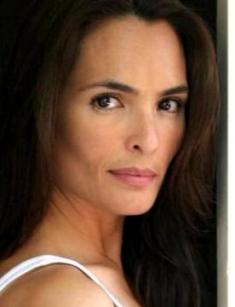 The American model Talisa Soto was immensely popular in the 1980s; glossy magazines frequently published her pictures on their covers. Besides, the woman is known as an actress.

Although the artist had no lead parts, her potential manifested itself in secondary characters in dozens of projects: adventure actions, fantastic movies, and melodramas. In 1989, Soto won the ShoWest Award for Female Star of Tomorrow; besides, the role in Piñero brought the nomination for the ALMA Award - Outstanding Supporting Actress in a Motion Picture

There is little information about the model’s early years. She was born on May 27, 1967, in New York. The parents gave their daughter a different name; the celebrity changed it as an adult.

When Talisa was little, the family moved to Massachusetts. The girl stood out for her attractive looks when she was very young.

Soto dreamed of becoming a model and did not miss the chance. At the age of 15, she received an invitation from the Ford modeling agency but got rejected in the end due to her Latino-American roots. The beauty did not get upset and persuaded the representatives of Click Model Management she was going to conquer Europe.

Indeed, the model managed to prove her charm; by the mid-1980s, she was one of the most demanded models collaborating with top designers in Europe. Vogue, Glamor, Mademoiselle, and Self gladly published her photoshoots, and People called her one of the most beautiful people in the world. In 1995, Soto’s photo in a swimsuit appeared in Sports Illustrated; in 2002, Maxim included her in Hot 100 Women of 2002.

Talisa was not going to settle down and decided to take the next step: acting. In 1988, when she returned from Europe, the model participated in her first audition and succeeded at once, gaining the role of India in Paul Morrissey’s comedy drama Spike of Bensonhurst.

The actress’s attempt was advantageous, and new offers followed. Talisa joined the cast of the James Bond movie Licence to Kill and collaborated with Timothy Dalton. In 1992, one could see the woman in the drama The Mambo Kings.

In 1995, the actress personified bright Princess Kitana in Mortal Kombat. The same year, Don Juan DeMarco starring Johnny Depp was released; Soto got the role of Doña Julia. The comics-based movie Vampirella brought a breakthrough to the artist.

2001 was marked with the movie Piñero; the next year, Talisa took part in Ballistic: Ecks vs. Sever full of Hollywood stars.

TV producers appreciated the model’s abilities, too: she was invited to C-16: FBI in 1998. Besides, the actress worked on Flypaper, Sunchaser, Spy Hard, and so on.

Talisa has been married twice. The first marriage to Louis Mandylor lasted three years; the couple divorced in 2000.

The artist did not spend much time alone. She met the actor Benjamin Bratt at the movie set of Piñero; the lovers married in spring 2002. Two kids were born in this union: the daughter Sophia and the son Mateo.

Today, Talisa Soto is happy with her husband; they live in Los Angeles.

In the 2010s, the actress’s career declined, whether it was her personal decision to focus on the family or the high competition with young and talented artists. In 2013, Soto appeared in the action Elysium that became the only project of the period.

Fans can watch the model’s modern-day life on Instagram, even though she does not share many photos. Soto promotes a healthy lifestyle, does sport, and travels a lot. In 2019, she continues to post old photoshoots reminding about significant moments in her career.