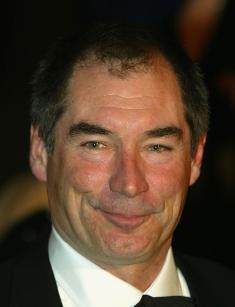 The representative of the classical acting school Timothy Dalton is sincerely devoted to the path of acting. Despite the great variety of his famous roles, in real life, the actor is a simple man, who never puts himself above others, loves fishing, reading, as well as Opera music and jazz. Timothy Leonard Dalton Leggett was born on March 21, 1946, in Colwyn Bay, North Wales, near the coast of the Irish Sea.

The father of the future actor was a captain in the Special Operations Executive, the British organization, which conducted espionage, sabotage, and surveillance, and his mother entirely devoted herself to raising her son. When Timothy was not even four years old, the family moved to Belper in Derbyshire. There the boy attended the Herbert Strutt Grammar School, and later, as a teenager, he was a member of the Air Training Corps at LXX (Croft & Culcheth) Squadron.

At the age of 16, Dalton went to the play, Macbeth. After seeing the production, Timothy realized that in the future he wanted his life to be connected with the military. The priorities of the ambitious young man changed when he got a part in the classic play of William Shakespeare, Hamlet. After the resounding success of the performance, which took place at The Old Vic, Timothy decided that acting was the thing to which he wanted to devote himself and his life.

In 1964, the active boy enrolled in the Royal Academy of Dramatic Art and started touring with the National Youth Theater. He got his first part in a theatrical play in the same year, 1964: in the Royal Theater, he participated in the staging of William Shakespeare's The Tragedy of Coriolanus. This performance was followed by the plays Richard III, Love's Labour's Lost, The Doctor's Dilemma and Saint Joan. After his graduation, the aspiring actor joined the ensemble of the Birmingham Repertory Theater and for a couple of years was the leading actor of the troupe.

In 1966, Dalton made his television debut, playing a significant role in the television production of Shakespeare's play Troilus and Cressida. A year later, the actor appeared in ten episodes of Sat'day While Sunday. His big screen debut happened in 1968. Timothy played the part of Philip II of France in The Lion in Winter, directed by Anthony Harvey. Katharine Hepburn and Anthony Hopkins became Dalton's colleagues on the set of the movie, which told the story of the complicated life of King Henry II of England.

At the same time, Timothy was offered a part in the films Cromwell, The Voyeur, Wuthering Heights, all of which were well-received by the audience and the critics. A year later, the actor got into the character of Lord Darnley in the biographical film directed by Charles Jarrott, Mary, Queen of Scots. In the 80s it became clear that Timothy Dalton was a true actor. Every year there was a new film starring him.

The release of the science fantasy film Flash Gordon by Mike Hodges was the main event of the decade in the film industry. With a bit of luck, this movie could have turned into a space saga, but it wasn't meant to be: its place was taken by George Lucas and his Star Wars movie. In 1983, Dalton reached the cinematic peak of his career, starring in the television series Jane Eyre directed by Julian Amyes.

Dalton got the main part of Edward Fairfax Rochester. The TV series tells the story of the life of Jane (Zelah Clarke). The girl lost her parents in her early childhood and had to spend it with her aunt, who later gave the girl away to an orphanage, which then she managed to escape. After that, Timothy got to put several powerful characters from such motion pictures as Sins, The Doctor and the Devils, The Master of Ballantrae, and Mistral's Daughter on his acting record.

In 1987, Dalton replaced Roger Moore in the world-famous series of films devoted to the adventures of the British Secret Service agent James Bond. The movie The Living Daylights starring Timothy became the fifteenth part of the long-playing saga, and the actor himself was the fourth one playing Bond. Two years later, Licence to Kill, the sixteenth part of the saga came out, it was the second and last appearance of the actor in the role of the agent.

Even though these two parts of Bondiana didn't become a breakthrough in the film industry, it was these films that brought this Welshman his fame. In 1994, the master of disguise came back to television, playing Eddie Myers in the movie Framed, and Rhett Butler in Scarlett, the television miniseries sequel to Gone with the Wind. In 1991, the actor added a part of a villain in the period superhero film The Rocketeer to his cinematographic biography. In the late 90s, he played in the drama The Informant, in Made Men, an action movie, and in yet another version of Cleopatra.

In 2003, the actor appeared in the American live-action animated comedy film Looney Tunes: Back in Action. In 2007, Dalton starred in the action comedy film Hot Fuzz. In 2009, the well-known performer became a guest star in an episode of the popular TV series Doctor Who. In 2010, the favorite actor of the female audience appeared in the American action-comedy spy-drama television series Chuck. In 2011, he got the TV Guide Award in the category "Scariest Villain" for the part of the anti-hero Alexei Volkoff.

Timothy's return to the status of the master of the dramatic genre happened in 2014. Then the horror drama television series Penny Dreadful came out, in which Dalton got into the character of a wealthy aristocrat, Sir Malcolm Murray, who was trying to find his daughter Mina and found out that her disappearance is connected with supernatural forces. The final season of the horror drama was released in 2016.

From 1971 to 1986, Timothy was in a long-term relationship with actress Vanessa Redgrave. The two young people met on the set of the film directed by Charles Jarrott, Mary, Queen of Scots. After 15 years of living together, fans were waiting for a wedding and a child, but the actor chose a different path. According to rumors, freedom-loving Dalton broke up with his girlfriend because of different views on life.

It didn't matter to the actor that they weren't lawfully married, but Vanessa needed the official confirmation of their love. The woman was tired of making excuses to her family and friends, from time to time proving that Timothy took their relationship seriously and thought about having kids in the future. As a result, all these plans remained an unrealized project, and once beloved people went their separate ways.

For nine years after the break-up, the actor enjoyed the perks of being a bachelor, but in 1995 at the London film festival, the artist met the Russian singer Oksana Grigorieva, who accompanied the director Nikita Mikhalkov at the event and was his interpreter. The soul of the actor was again in captivity of love, and he decided to win the heart of the charming brunette at all costs. Timothy and Oksana's relationship was moving forward rapidly, and on August 7, 1997, the couple had a son Alexander.

It is worth noting that Dalton was able to surprise the public once again: the man who always followed his ambitions became a wonderful father. In his spare time, Timothy went fishing with his son, grew a love for music in him and regularly read bedtime stories to him. Unfortunately, their son couldn't save the relationship that fell apart in 2007. The couple got divorced. The son remained with the mother. Rumor has it that the reason for the break-up of Timothy and Oksana was Oksana's affair with the Swedish businessman Peter Blomquist.

Dalton, as a real gentleman, never spoke negatively about his ex-girlfriend. Oksana did the same, stressing in different interviews that they were on friendly terms and still raised their son together. By the way, it was Dalton who supported Oksana during her equally big scandal with Mel Gibson. At the moment, the heart of the famous actor is free.

Even though Dalton is neither on Instagram nor on Facebook, there is a community in Vkontakte that was created by the actor's fans, where they publish the latest news from the life of their favorite star.

They regularly post photos and interviews, which appear on the pages of various Internet sources, as well as screencaps from his movies. 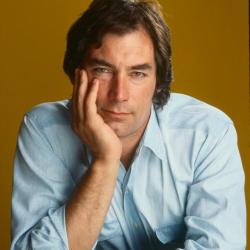