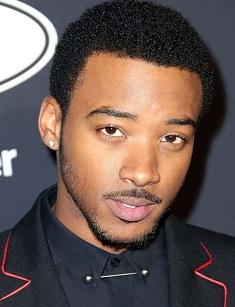 The Michigan native, Algee Smith, started his movie career in 2012 as a rising star of Nickelodeon. Currently, he is a very prospective actor and musician. He got wide acclaim in thanks to his participation in such movies as Detroit (2017) and The Hate U Give (2018). Also, Algee released one mixtape in 2018 and two extended plays in 2017 and 2018. His net worth is roughly estimated at $50 million, including all of his properties and earnings. Smith earns over $16 million as salary annually.

The birthplace of Smith was Saginaw, the seat of Saginaw County. He was born to his parents on November 7, 1994. Algee briefly attended Early Head Start and Kempton Elementary before being homeschooled. Smith was involved in the industry of art from an early age, as his parents were creative people. His father, Algee Smith III, was a songwriter, while his mother, Tanesha Eley, was a clothing designer.

Algee spent only seven years of his life in his native town. His parents divorced, and Tanesha married John Eley. Soon Smith’s family moved to Atlanta, the hometown of a lot of best-known rappers. It is not surprising that he, too, became interested in this kind of music. He made his first record when he was nine years old. The same time, Algee began his movie career, making small appearances in various TV shows.

In 2012 Smith got a role of Spencer in Nickelodeon’s How to Rock, the same year he participated in Lifetime’s Army Wives as Sam and Disney’s Let It Shine. The first Smith’s big-screen appearances happened in 2014 when Earth to Echo was released. Algee played the role of Marcus Simms. Several months after that, the young star decided to change his life and moved to LA, hoping to become a great actor.

The first years of LA’s period of Smith’s career can hardly be called successful. He was a secondary cast member of Complications in 2015, The Infamous, and Here We Go Again in 2016. The breakthrough of Algee happened in 2017 when he got the role of Ralph Tresvant in a biographical three-part miniseries about the R&B group New Edition. The title of the project was The New Edition Story. Critics highly estimated Algee and soon he got one of the significant roles in Detroit.

Despite the fact, that Detroit didn’t become one of the summer’s runaway moneymakers, Smith could count himself its breakout star. The critics called Smith, played the role of Larry Reed, the movie’s heart and soul, or even “emotional spine,” while Jacob Latimore played the main movie’s role. Soon after Detroit, Algee joined The Hate U Give, Fox 2000's adaptation of the Black Lives Matter YA novel of the same name.

The story followed a 16-year-old girl named Starr who grew up in a poverty-stricken slum, but then attended a suburban prep school. After she witnessed a police officer shot her unarmed best friend, she was torn between her two very different worlds as she tried to speak her truth. Smith played Starr's childhood friend, Khalil.

The summer of 2019 was remembered as the summer where HBO's hit series Euphoria dominated viewers’ Sunday nights. Starring Zendaya and produced by A24 and Drake, the series tackled everything from drug abuse to having a whole psychopath walking the halls of high school, with an intriguing cast of characters navigating the insane world of growing up in a post-9/11, smartphone-addicted America. Smith played the role of Christopher McKay, a young football player and Cassie's boyfriend who was having difficulties adjusting to college.

Algee Smith started a music career in 2017, releasing his debut EP “Listen.” It is an R&B project, which consisted of six tracks: “My Kind of Beautiful,” “Girl,” “Stay In,” “Stressed Out,” “Steph Curry” and “Back to Love.” In July 2018, Smith issued his debut mixtape “Flight Delayed.” Some months later he gave to his fans the second EP “24”. His songs are available on SoundCloud and iTunes. In 2019 Smith made a concert in The Mint, Los Angeles.

The rising star tries to keep his private life in secret. That’s why his fans do not know about his love affairs. However, in 2010 he tweeted saying he needed a Twitter girlfriend. Further, in March 2011, Smith talked about his love life on Twitter, implying that he was single. The actor said that he didn’t need a girlfriend.