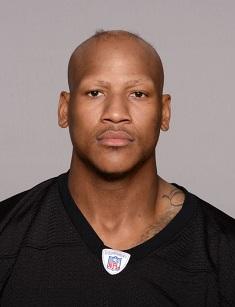 The professional footballer has both bright personal story and career. He is a favorite of the people and the source of inspiration. Having a severe injury and being paralyzed for some period, the linebacker displayed a heroic endurance and strong wish to rehabilitate.

Since childhood, the boy suffered alopecia; this disease prevents the growth of hair on the body. He was raised in the full family, Ryan also has got a younger brother. At high school, he studied psychology.

He began playing college football in 2011. Those times he immediately became a star of the team. As a total freshman, he played in every game of the season displaying splendid results. His excellent college statistics let him claim on an extraordinary professional career. Ryan was ranked the third-best outside linebacker and got positive critical reviews for strong hands, and lateral movement, production, flexibility, acceleration, athleticism, agility.

In 2014 he began his professional career playing for the Pittsburgh Steelers in the position of a left inside linebacker. He started the season with high statistics, but a knee injury broke his rookie season. Due to his injury, Ryan missed 4-7 weeks. His first seasons ended with a total of 36 tackles, 24 solo tackles, and a pass deflection in five starts and eight games. In 2015-2017, the footballer showed a productive game but came across unpleasant injuries. The most significant damage happened in 2017 in the match against Bengals when he got a severe back injury after a head-on tackle. The sportsman was unable to move his legs, and the medical diagnostics showed that he had a spinal contusion. He finished the season in 2017 undergoing back surgery. Before the severe trauma, the footballer showed one of the best stats games. As a result, he was named to his second Pro Bowl.

He missed all next season and devoted all year for his rehabilitation. By the end of the year, the footballer jogged for the first time after his surgery. In 2019 Ryan was included in the reserve list where he should end this season.

As to his plans, Ryan still wants to continue his professional career, but the footballer wouldn’t able to resume all activities. That’s why he will be a free agent since March 2020.

Ryan married Michelle Rodriguez in 2019, after two months of the birth of their baby. His previous relationship gifted him with a son. He resides in the suburban Pittsburgh mansion. He signed the contract with the Pittsburgh Steelers, which is valid from 2014 till 2019. According to his contract, his annual salary is about $2,38 million. His net worth is estimated at $5 million.

His wife is a special education teacher. From the looks of her Instagram, it seems that she has a kind relationship with Ryan’s first kid.

The footballer has an autoimmune condition which prevents the hair growth on the body. As a result, Ryan, as a boy was bald, he hadn’t eyebrows and hair at all. Due to his health, he became a subject of taunting when he was a child. His parents always supported him, and Ryan managed to cope with it and develop altruistic temperament.

After receiving the severe trauma in 2017, following the doctor’s diagnosis, he would be paralyzed for the rest of his life. But the sportsman hasn’t given up, and after a long recovery, he could dance at his wedding. During his rehabilitation Ryan shared his progress with his fans through social networks. After 18 months of his devastating spinal injury Ryan was walking with his wife across the stage at the 2018 NFL draft and amazed the public.