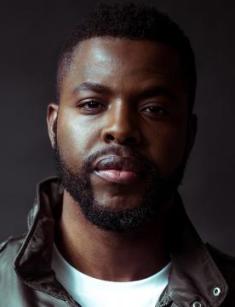 The American artist Winston Duke became famous after the role of the powerful warrior M’Baku in the fantastic action Black Panther. The tall, athletic man is a trained actor with a fascinating sense of humor; he invents many off-script details that show his characters more profoundly.

The would-be celebrity was born on November 15, 1986, in a small village Argyle in Trinidad and Tobago located in the Caribbean Sea. The boy’s mother owned a restaurant, and many tourists visited it; little Winston helped the hostess and got on well with strangers.

At the age of nine, Duke and his family moved to New York: the mother sold the restaurant and settled in a one-room apartment in Brooklyn.

The family changed the residence so that the boy’s elder sister could receive a medical education. Duke became a closed-up person and spent much time in a library or comic book store. One day, a teacher of Spanish noticed the teenager was getting lively when it was necessary to perform in the classroom and took him to a drama club. Winston never regretted that decision.

In 2004, the young man graduated from Brighton High School in Rochester; the YouTube star Jenna Marbles went there, too. Winston continued to master his acting skills at University in Buffalo and Yale School of Drama, where he made friends with a senior student Lupita Nyong’o and joined the acting club for black students founded by Angela Bassett. When all three of them met at the movie set of the Marvel movie, Duke had the chance to thank Angela for the Yale heritage.

Apart from the crime-fighting stories, Winston had small roles in the low-rated fantastic show The Messengers and the comedy Modern Family. According to Duke, black actors were unprivileged in the United States: they could not gain roles in classic screen adaptations and had to agree to play “bad guys” who looked all the same. As a result, his colleagues’ filmographies included only blockbusters.

Black Panther (2018) was a wonderful exception that brought the Screen Actors Guild Award for Outstanding Performance by a Cast in a Motion Picture. The 18th Marvel movie is set in an imaginary African land, Wakanda, whose citizens are black. The director Ryan Coogler selected both popular American actors and young artists from various countries.

Following the auditions, Winston Duke was offered the role of M’Baku, the main character’s opponent and the leader of the mountain tribe. As long as the man read the script, he realized this character was much more exciting than in comics. M’Baku is more than an aggressive, jealous opponent who strips T’Challa of the crown for personal reasons: he is a strong leader who thinks about his people’s good in the first place.

The Jabari tribe worships the god Hanuman in the form of a gorilla. As the actor was creating his character, he introduced several details to show the connection of the Jabari and their totem: for example, men snorted unfriendly to silence the person who dared to speak without permission. Besides, Duke added the Nigerian accent to M’Baku’s speech.

The contrast between flexible T’Challa and muscular M’Baku was shown by the manner of moving.

“While the panthers, they’re very sneaky and sly, and they’ll move under the cover of night and darkness, the gorilla announces himself. He beats his chest, and he comes in loud and in your face,” the actor said.

Winston had to have a lot of training for fighting scenes. Although stunts performed the most dangerous tricks, the artist also needed to run, jump, and shoot from fantastic weapons. The movie was filmed in the USA and South Korea. Critics and ordinary viewers appreciated not only the story but also the visual part: landscapes, costumes, and special effects.

The actor posts many photos on his Instagram account: ceremonies, fun moments from a movie set, and memes about the Marvel characters.

The artist gladly makes faces in front of a camera and gives autographs to his fans. However, he does not talk about his personal life and shares no information on social networks; the man has no wife or children.

In May 2018, the 19th part of the fantastic story Avengers: Infinity War was released; the next year brought long-awaited Avengers: Endgame where fans could see mighty M’Baku again. Before and after the premiere, the actor gave many interviews and gladly answered journalists’ and fans’ questions.