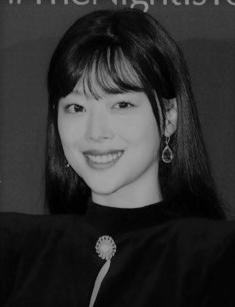 The Busan native, Sulli, got wide acclaim in 2005, playing the role of young Princess Seonhwa in South Korean TV series, Ballad of Seodong, starring Jo Hyun-jae, Lee Bo-young, and Ryu Jin. In 2009 Sulli began a career of singer as a member of South Korean girl band f(x). Released four top-ranked albums, Sulli left the group in 2015 and focused on her acting career. Three years later, Sulli started her solo music career. Her top songs were “Goblin,” “On The Moon,” and “Dayfly.” On October 14, 2019, Sulli was found dead. Her death cause was considered to be suicide by hanging. Sulli’s net worth was estimated at $7 million, including all of her properties and earnings.

The birthplace of Choi Jin-ri was Busan, South Korea. She was born there on March 29, 1994. Choi Jin-ri grew up in a family of four children. She had two elder brothers and one younger sister. As a kid, Sulli dreamed of being a big actress and was interested in the world of show business. Her mother noticed the ambitions of her daughter and decided to take Choi to acting school.

The first Sulli’s teachers found the girl smart and prospective. She was a young talent. When Sulli was in the fourth grade, she moved with her mother to Seoul in search of great opportunities. And the rising star immediately started to go through various auditions. As a result, Sulli was cast to play a role in SBS drama The Ballad of Seodong. Right then, the directors of TV series gave her a nickname of Sulli instead her born-name, which was considered to be too Christian.

In the fifth grade, Sulli started living in a dorm. Successfully completed SM Entertainment audition, she resided with Taeyeon and Tiffany. They took good care of Sulli, while she liked to follow them around. Sulli stayed alone in South Korean capital, not having parents nearby or even a best friend. So she only had her roommates to look up to for support. Sulli very often missed her parents, and sometimes she regretted her decision a lot.

By the beginning of the singer’s career, Sulli had managed to make a name for herself as an actress. Apart from playing the role of young Princess Seonhwa in SBS TV series, Ballad of Seodong, in 2005, Sulli appeared in Drama City in 2005, in Punch Lady as Gwak Chun-sim in 2007, and in BABO as Young Ji-ho in 2008. In September 2009, Sulli debuted as a member of the girl band f(x) alongside bandmates Victoria, Amber, Luna, and Krystal with the single “La Cha Ta.”

In April 2011, the group released their debut studio album “Pinocchio,” which picked the top of the Korean Gaon Music Chart and reached the first places of all Asian charts. In August 2012, Sulli became the lead cast member of upcoming drama To the Beautiful You. The story was based on a Japanese manga and was about a high jump gold medalist who became disheartened and was helped by a beautiful girl who dressed up as a boy.

On the eve of the premiere, Sulli expressed her anxiety and anticipation for her role in an interview with E-Daily Star In. She stated then:

“This is the first time I am acting after appearing in a drama at a very young age, and the manga is one that I enjoyed reading. This is why I feel more pressure to do well. I am both excited and nervous about this project.”

In a year, Sulli was signed on to play a pirate in the blockbuster movie Pirates. She was cast as Heuk-myo, one of the swashbuckling crewmembers on the movie's Joseon-era pirate ship. The same time she was promoting the f(x) single "Rum Pum Pum Pum." And in July 2013, f(x) blew up the country's main chart with their second studio album “Pink Tape.” The same year, Sulli signed to be a face of South Korean makeup color cosmetics brand, Etude House.

In 2014, Sulli faced the first serious problems in her career. Initially, Sulli began suffering because of the rumors circulating about her. Photos of Sulli were found in a wallet that supposedly belonged to Dynamic Duo's Choiza. Dating rumors surfaced about the couple, but the two insisted that they were only friends and had a close brother-sister relationship.

They were in the news again when a netizen supposedly found Choiza's wallet and saw pictures in it. Two of the photos looked like a couple’s photos while the third was a large photo of Sulli. The photos were posted online and went viral. Choiza's agency Amoeba Culture confirmed that it was Choiza's lost wallet but refused to make a statement regarding the photos or any aspect of his personal life.

As a result, the Busan native was hospitalized due to stress-related stomach pain. And later the artist decided to take a break from the entertainment industry. She took an indefinite break from performing with her group f(x). On July 24, 2014, the official website of SM Entertainment released the statement about Sulli’s hiatus. That happened during the promotion of the band’s new album “Red Light.” So, f(x) held their concerts as an incomplete group.

While resting from a singer’s career, Sulli continued to take parts in movies and TV series. In August 2015, she decided to leave the group, focusing on her acting activity. After The Pirates’ premiere, Sulli appeared in Fashion King. Soon she was cast to star with Hallyu heartthrob Kim Soo-hyun in the movie Real.

Sulli played the role of a rehabilitation therapist at the hospital, which Kim’s character Jang Tae-young frequented. Jang Tae-young was a ruthless troubleshooter whose ambition was to construct a gargantuan casino that would domineer over the city where the movie was set. The movie was released in 2017.

Shortly before the album release, Sulli became the guest host on the JTBC2’s The Night of Hate Comments. The network called the program a new show, aimed to help the stars to become stronger psychologically. The show also brought up proper internet manners and etiquette. Sully surprised everyone with malicious comments regarding her and keywords such as “Eye rape“, “No bra,” and “Attention whore.“

To answer the rumor that she used drug, Sulli explained that she had played a drug-using character in the movie Real. She had had to study a lot by watching five drug-related movies. Then Sulli continued to explain another controversy, “and the No-bra controversy is my personal freedom. Because it has iron and wire, bras are bad for your health. I just don’t wear it because it’s convenient not to wear it. I think it’s pretty and natural. Brasier is just an accessory to me,” she said proudly.

In June 2018, Korea Boo reported that Sulli became the CEO of her own business, a pop-up store under SM Entertainment, the company that launched f(x). The singer posted a business card to her Instagram that included Sulli’s real name, along with the name of the pop-up store. The same year, Sulli opened about suffering from panic disorder and social phobia.

She said she had had panic disorder since she was young. She said in a teaser video for her upcoming reality show Jinri Store:

“Even close people left me. I was hurt by them and felt there was nobody who understands me, which made me fall apart.”

Sulli died on October 14, 2019. The police said that K-pop star was suspected of having taken her own life. She was found dead at the age of 25 at a house in Seongnam, Gyeonggi Province, South Korea. Sulli’s manager found the actress at around 3.21 pm local time. He visited the house after being unable to reach the star after their last phone call at 6.30 pm on October 13. According to police, Sulli’s cause of death was confirmed as a suspected suicide, although a note had not been found as of the moment of statement.

A police spokesperson said: "It seems that Choi was living alone at the house. It looks like she ended her life, but we will investigate, open to all possibilities."

In a statement obtained by CBS News, officials said that the K-pop was suffering from severe depression. After her death, Sulli’s fans lost access to her Twitter and Instagram accounts.

However, Sulli was not the only Korean idol battling mental health issues. The Korean reports cited a growing crisis in the K-pop industry. In 2017, Kim Jonghyun, a former member of popular boy band SHINee and a Sulli’s close friend, took his own life and left a note behind describing his crippling depression, writing that "the life of fame was not for me.” Fans became seriously worried about the future of other meteoric rising bands like BTS and BlackPink.