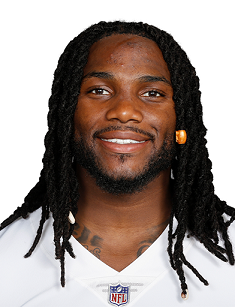 The Fort Wayne native, Jaylon Smith started a football career in NFL in 2016 as a rookie of Dallas Cowboys. He plays at a linebacker position. He was forced to miss his rookie season because of college injury and debuted in NFL only in 2017 season. Since then he had won the love and adoration of Cowboys’ fans. Smith’s net worth is roughly estimated at $9 million, including all of his properties and earnings. He is actively involved in charitable and social programs.

The birthplace of Jaylon was Fort Wayne. He was born to his dad, Roger, and mom, Sophia, on June 14, 1995. The family had three children: Jaylon, his elder brother Rod and their sister Saniya. The kids loved sport and spent a lot of time doing it. Jaylon studied at the local catholic high school and had a success in its sports teams.

In 2012 Jaylon helped Bishop Luers to win their fourth 2A title, scoring three touchdowns for 150 rushing yards in a title game. At the end of the season, he won the Butkus Award, which is given annually to the top linebackers at the high school, collegiate, and professional levels of football. The same year morning daily newspaper, The Indianapolis Star, awarded Smith with The Indiana Mr. Football Award.

Apart from football awards, Smith defended the school’s honor at the track and field competitions. He won prizes in various disciplines. Also, he played in basketball players during his school years. In 2013 Smith participated in All-American Bowl, a high school football all-star game, but West team was beaten by East.

Smith was rated as a five-star prospect and was listed as the top outside linebacker in the US by both Scout and Rivals. He had offers from many of the top programs in the country. His choice came down to Notre Dame, Ohio State, and USC. Smith gave his verbal commitment on February 6, 2013 after attending the R.A.S. Camp at Trine University in Angola, Indiana.

On the eve of the freshman season, Smith was named the starting player. He began all 13 games of Fighting Irish. In that season, he scored 67 combined tackles (41 solos) and his debut interception. In 2014 head coach Brian Kelly said he wanted to hide sophomore Jaylon Smith in different positions and make offenses search for him. The new plan turned that strategy upside down. Smith’s new position made it difficult for opponents to hide from him.

The move also makes life simpler for Smith, who was trying to learn multiple positions in a complex and brand new defensive scheme. At the start of spring, he played on one side of the defense in its base and moved to the weak side when Notre Dame pulled one of its linebackers off the field in favor of a nickel back, a personnel group that the Irish plan to use frequently.

Jaylon started all 13 games a second season in a row. His stats were 47 assisted tackles and 64 solo tackles, with 9.0 tackles for loss and 3.5 sacks. In his last college year, Smith also started all season games. That year he scored 69 solo tackles and 46 assisted tackles. As a result of Smith’s junior season, he became the top linebacker of the country and was named to Fiesta Bowl. However, he got injured and missed the game. In January 2016, Jaylon intended to enter the 2016 NFL Draft and announced he would forego his final season of NCAA eligibility.

Smith suffered nerve damage after he blew out his knee at the end of his career with Notre Dame. That injury jeopardized his NFL career. There were discussions about Smith being a top-five pick in the 2016 draft. And after the Fiesta Bowl, critics were highly concerned with his knee’s ability to handle an NFL workload. On Combine, he was not able to take sports tests. He only met the representatives of league teams. In the end, he became one of 35 players who returned to the Hoosier State to have a second round of orthopedic exams by all 32 teams.

In Smith’s case, teams were not as interested in figuring out a timeline for the 2016 season as they were in his long-term prognosis. Smith passed a nerve conduction study, which measured how quickly the electrical impulse moved through a nerve, and an electromyogram, which measured the firing patterns of the muscles to which those nerves were connected.

As a result, Jaylon was predicted to be drafted in the last rounds. On April 29, 2016, the Dallas Cowboys took a chance on Smith with the 34th overall pick. That choice was the biggest surprise of the Draft night for a lot of observers. The Cowboys tried to trade that pick but didn’t find success in that deal. On May 20, the sides signed a four-year $6.49 million contract. Jaylon missed the whole 2016 season.

Smith first put on a Cowboys training jersey on June 7, 2017. He took part in drills and other team activities, mainly because no one outside the organization had seen him practice as a professional. In July, he donned a full uniform. During the summer, the reporters closely watched Smith’s training. On the eve of the beginning of 2017 season, the head coach was going to use Smith as a backup player to smoothly enter him into professional game mode.

However, Jaylon started his debut game in Week 1, as the Cowboys lost the starting middle linebacker, because of the injury. Smith became one of the best stories in the NFL. He not only played but played well in his NFL debut 20 months after a potentially career-threatening knee injury. He played most of the game and finished with seven tackles and a forced fumble.

Smith finished the 2017 season and started six of 16 passing games. He scored 50 solo tackles and 31 assisted tackles, and four interceptions. In November 2018 Saints running back Alvin Kamara was briefly forced out of the game against the Dallas Cowboys after being sent reeling by a devastating hit from Jaylon Smith. Kamara took a direct shot to his helmet from the crown of Smith’s helmet, which violated an NFL point of emphasis established earlier that summer but did not draw a penalty flag.

In 2018 season, Smith made 16 starts and scored 121 combined tackles. After that season, Smith was set to become a restricted free agent, but he opted to take the security of a long-term deal. In August 2019, the Cowboys signed Jaylon to a contract extension. Cowboys COO Stephen Jones announced that Smith’s new deal was a five-year contract extension worth $64 million. Then Smith was the fifth-ranked inside/middle linebacker in the NFL. His Cowboys jersey at the official online retailer of the NFL was one of the best selling jerseys.

Jaylon’s elder brother, Rod Smith, is also a professional football player. He was selected on the 2015 Draft by Seattle Seahawks, played for Dallas Cowboys with Jaylon, for NY Giants and Tennessee Titans. Their father, Roger Smith, described his two sons being on the same team as a source of pride for his family.

Jaylon Smith has been very active in charity since 2017. In that year, he teamed up with YMCA of Greater Fort Wayne and Parkview Sports Med to help battle childhood obesity through his new program "Active Science," hoping he could be a shining example for the youth of what they could achieve with hard work.

A year later, Smith launched a new branch of his Clear Eye View Charitable Fund that focused specifically on preparing underprivileged youth in the arena of business ownership. In June 2019 Jaylon spent a day hanging out at Cinergy with the over 300 kids who were a part of the summer camp program at the Maverick Boys and Girls Club. The player became a surprise for the kids who attended the camp.

Jaylon is dating his longtime girlfriend, Nevada Jones. She is a fellow basketball player. Nevada follows her boyfriend in all his games. She was his real support during Smith’s recovery from injury. As of 2019, Nevada was not his wife.