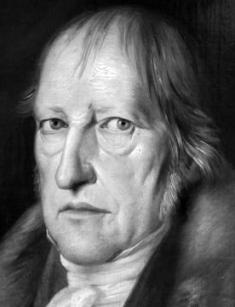 Georg Hegel is a great philosopher and thinker whose ideas remain fundamental in the theory of idealism. The biography of Georg Hegel is full of scientific concepts that brought the scientist eternal glory worldwide. Hegel's works belong to the pinnacle of philosophical thought and are studied in modern universities as the basis and foundation of science.

In August 1770, Georg Wilhelm Friedrich, who was destined to go down in the history of philosophical science, was born in Stuttgart. His father was a high-ranking official at the court of the Duke of Württemberg. Having such an origin, the boy received a first-class education. His father, who considered schooling insufficient, invested money and his time, additionally inviting teachers to the house.

The future philosopher himself adored studying, and reading became his passion. Even his pocket money he spent on new books. The boy became a regular in the city library. Preference in literature was given to scientific and philosophical works, as well as the authors of antiquity. But the works of art, the famous German classics, were not included in his list of favorite books. In high school, the boy received rewards for achievement and diligence.

After graduating from the gymnasium in 1788, Hegel took theological and philosophical courses at the Theological Seminary at Tubingham University. There the young man defended his thesis. During his years at University, he became friends with Schelling and poet Hölderlin. Being young and ardent, he, as well as developed thinkers of that time, was fond of urges of the French revolutionaries. However, Hegel did not join their ranks.

At the University, the passion for reading and books continues, which amuses fellow students, but does not embarrass the young man at all. The worldly pleasures of youth are also a part of the student's life. Like his friends, the future thinker drank wine, snorted tobacco, and occasionally spent the evening gambling.

Hegel received his master's degree in philosophy, but the last three years of his studies were devoted to theology, although the student was critical of the Church and service. Perhaps that's why, despite the excellent examination results, the young man did not become a priest.

Immediately after graduation, the young man earned his living by conducting lessons for the children of wealthy Germans. This work was not too burdensome for the future philosopher; it allowed working on his papers and do scientific research. However, when, after the death of his father in 1799, the young man inherited a small fortune, he stopped the private work as a teacher and plunged headlong into creativity and science, and also began academic teaching service.

The beginning of the fundamental ideas of Hegel lies in the works of Kant, who is considered the founder of idealism. However, Hegel's philosophy in the process of development moved away from Kant, formed into an independent doctrine.

The method of philosophy of the German thinker was called dialectics. The essence of the absolute idea of reason is that reality is studied rationally because the universe itself is rational. And the reality in total is just the mind that reflects itself in the world.

Dialectics, on the other hand, consists of the continuous change of thesis by antithesis. The philosopher, explaining the concept, believed that any thesis ultimately leads to antithesis, but the process does not stop there, and the next stage is the synthesis of two opposites.

Ethics, the theory of the State, and the philosophy of history turned out to be important areas of philosophy for the society. According to Hegel, the State is the highest manifestation of the spirit, the divine idea embodied on earth, what the mind has created for itself. However, the philosopher notes that only the ideal is such a State. Reality is full of both good and bad States.

History, in turn, is defined as the science of reason, where events occur according to the laws of logic. The rules seem cruel and unjust, but standard measures can not judge them. They pursue goals of the world spirit that are not immediately understandable within society.

Of course, such thoughts are enthusiastically accepted by society and the authorities. Gradually, the doctrine becomes the official philosophy of the State, although Hegel himself did not fully share the policy of the rulers of Prussia. Hegel's books are published in large editions and studied in universities and institutes.

The first in the list of noticed and appreciated works was The Phenomenology of Spirit, which was published in 1807, which formulated the fundamental thoughts, ideas of absolutism, and the laws of dialectics.

It should be noted that Hegel did not always clearly define the concepts used. In this regard, some movements have united the followers of the doctrine. Philosophers interpret the thoughts of the founder of dialectics differently and form their laws of development of the absolute spirit.

At different times, Hegel's teaching was subjected to harsh criticism. Thus, the philosopher's contemporary Arthur Schopenhauer accused his colleague of charlatanism, and the doctrine of complete nonsense, presented in a deliberately confusing and foggy way.

The position of rector at the Nuremberg gymnasium, obtained in 1808, did not bring a large salary. At first, Hegel and his ideas were not popular with students. However, as the popularity of the teachings grew, and more and more books received recognition in higher circles, hundreds of people started attending the philosopher's lectures.

In 1811, Hegel decided to start a family and married the daughter of noble parents Marie Helena Susanna von Tucher. The girl was twice younger than her husband, but adored Hegel, admiring his intelligence and achievements.

Hegel managed the household independently, controlling the expenses and income of the family. The wife ran the household with the help of only one servant. The couple began to have children. The first daughter died after birth, which often happened to young mothers of the time. And then followed the birth of two sons, Charles and Immanuel.

Family and household chores did not prevent the philosopher from devoting himself to science and writing new books. In 1816, the scientist received an invitation to lecture as an ordinary professor at the University of Heidelberg. A year later, by the decree of the king, he received a place in the professorship of the University of Berlin. At that time, Berlin was the center of intellectual thought, the cream of enlightened and advanced society lived in the capital.

The scientist quickly settled into a new environment, expanded the circle of acquaintances. Among the new friends appeared ministers, artists, scientific minds. As told in the memoirs of contemporaries, Hegel loved secular society, knew all the gossip. He loved the company of women and young ladies. The philosopher became famous as a real dandy. The outfits for him and his wife took a significant part of the budget.

In 1830 Hegel was appointed rector of the University in Berlin, and in 1831 he was awarded the Order of the Red Eagle, 3rd Class for his service to the Prussian State.

In 1830, cholera descended on Berlin. The philosopher and his family left the city in a hurry. However, in October, believing that the danger was over, the rector returned to the service at the beginning of the semester. On November 14 of the same year, the great scientist died.

According to doctors, the brilliant thinker passed away because of the epidemic that took thousands of lives, but the likely cause of death remains a gastrointestinal disease. The solemn funeral of the scientist took place on November 16.