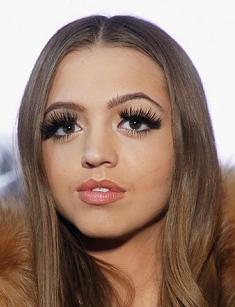 She is a successful blogger on several social networks. Her popularity allowed her to try herself in singing and starring in videos. The 19-years-old girl attracted attention by stating her African nationality, using “N-word” and following several feuds.

She has an elder sister. She was raised by her parents, a mother and a father, who works as a residential builder. Her ethnicity is African-American, as the blogger stated after passing the ancestry test. She is 19 years old. The blogger was born in Atlanta.

She has never starred in any movies and TV shows, but she gained much popularity thanks to her Instagram when Woah stated that she is black. She used the N-word repeatedly. The other reason for her popularity is her feud with Bhad Bhabie. The young ladies often took verbal shots against each other on their social accounts. She also dropped several diss tracks devoting different Instagram personalities.

She had more than 2.4 million subscribers. In 2017 she began working hard on YouTube, where she posted videos regularly. The blogger also represents herself as an inspiring rapper. In 2018 she released her single, which was positively received by the public. Besides, she released her next single in 2019, later followed the supporting video. Before fame the girl studied at high school.

She draws financial benefits from her blogging. She represents various brands and products. Thanks to her massive popularity, she managed to earn a significant sum of money from brand endorsements. Besides, she launched her online store where she sells clothes, such as ski masks, beanies, shirts, hoodies, and so on. Her clothing line proved to be very demanded among their fans.

Now she is in relationship with the other Instagram blogger, Lil Virgin. The couple shares the pictures on their accounts. She said that her favorite brand is Gucci. Her net worth is $800,000. In 2018 the Instagram star was arrested due to trespassing, assault, and resisting arrest.