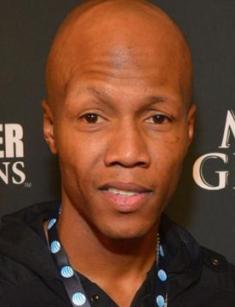 Professional boxer Zab Judah is a multiple-time former world welterweight champion. At the beginning of his career, he earned huge amounts of money for the fascinating fights, but in the 2010s, the American athlete became much weaker. Moreover, on June 7, 2019, he got the injury in the battle with Cletus Seldin, which put in serious jeopardy not only the titles but also Judah's life. It remains to be seen whether the fighter can return to the ring.

Zabdiel Judah was born on October 27, 1977, in Brooklyn, New York City. From early childhood, the boy knew what he wanted to do, looking up to his father Yoel, a multiple world kickboxing champion.

Sport did not prevent the father and his wife from raising 12 children. Zab has nine brothers and two sisters. Besides Zab, five brothers are now professional boxers.

Judah first entered the ring at the age of six and started a professional career on September 20, 1996. Then Zab defeated his opponent Michael Johnson in the second round via a technical knockout. During this period, Judah tried to join the Olympic boxing team but lost the finals of the Olympic trials. The following years were successful for Zab because he defeated a dozen opponents.

Tszyu was stronger than Judah, defeating the enemy in the second round. The fight was stopped after the second fall of Judah. The American became infuriated in the ring, disputing the decision of the judge. It was his first loss after 28 victories, which happened in 2001.

After two years, Judah won the WBO championship title, defeating the American DeMarcus Corley, but after two fights, he lost it in the bout with Cory Spinks. One year later, Judah could get a rematch with Spinks, winning the WBC, WBA, and IBF welterweight titles, but it was not for long again.

It was followed by a long series of losses. Carlos Baldomir, Floyd Mayweather Jr., Miguel Cotto were stronger than Judah. After two victories, he experienced a failure again, and then the American athlete had a run of good luck.

In 2013, Zab Judah retired after losing to Paulie Malignaggi. Only three years later, the boxer returned to the ring, fighting with Jorge Luis Munguia from Mexico. Expectedly, Judah won by technical knockout in the second round. In January 2018, the American athlete faced Noel Mejia Rincon.

Zab’s family, as well as the athlete, consider themselves to be Black Hebrew Israelites. They are African-Americans who adhere to the religious beliefs of Judaism. However, in 2005, Judah converted to Christianity.

Zab’s life has not only negative emotions and aggression but also good deeds. He is a volunteer who works in a daycare facility for adults with dementia, and also teaches nursing assistance courses.

Judah is married to a woman named Christina. The couple brings up two sons, whose photos often appear on the boxer's Instagram page. Zab does not hide his personal life from the press; he eagerly talks about his lover and children in an interview.

One way or another, youth triumphed over experience as Seldin mercilessly beat Judah until the fight was stopped in the eleventh round.

Judah left the ring without assistance, but later, there were reports that the boxer was in the hospital. Some tabloids mistakenly claimed that he was in a coma. Judging by his Instagram page, the athlete is in good health, he meets friends and lives a full life, but he will not be able to return to the ring soon.

Zab Judah has a net worth $5 million.