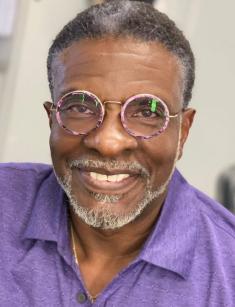 Keith David Williams is a New York-born American TV star and voice actor. Keith was born on June 4, 1956. He is of American nationality and African-American ethnicity. The faith he strictly follows is Catholicism.

Keith is better known for his brilliant movie career. He strongly influenced the whole history of American cinematography. Keith even won an Emmy award for voice acting. Keith is still actively acting in movies and working on voice-acting projects as of 2022.

Keith was always a creative kid. He was born in New York and then spent his entire childhood in Corona, Queens. He was raised there by his lovely family. Keith's mom, Dolores Dickinson, was a manager by profession. She worked for New York Telephone. Keith's dad, whose name is Lester Williams, was a director and worked with payroll operations.

Keith studied at a typical public high school in Manhattan, but after graduating from there he attended the Juilliard School's Drama Television. Keith studied there from 1975 to 1979. Then he successfully completed his education and even got a bachelor of fine arts.

Keith is so good at voice acting, he even won an Emmy award for it. His voice may be heard in such projects as "Adventure Time" (where he voiced Flame King), "The War", and "Unforgivable Blackness: The Rise and Fall of Jack Johnson". His most successful work was the voice acting in the documentary "Jackie Robinson"—that is why he got the Emmy award later. Except that, he was a narrator for most of the BBC's documentaries. Keith also voiced the video game Halo 2.

In most movies where Keith was filmed, he wasn't credited. Throughout his career, Keith was filmed in more than 300 movies. That is a pretty huge amount of work that not every actor has. Anyway, after graduating from acting school, he debuted in 1979's "Disco Godfather" movie at the age of 23. He wasn't credited in this movie. He got huge fame after filming in such movies as "Crash" (2004), "Cloud Atlas" (2012), and "Bird" (1988).

In addition to various movies, Keith also played in a theater. The majority of the projects he worked on were produced by Broadway. Throughout his theater career, he played in 15 projects, and some of them were "Romeo and Juliet" (1986), "The Lady from Dubuque" (1980), "Hedda Gabler" (1994), and "Joe Turner's Come and Gone" (2013). The last work where he appeared was shown in the theater back in 2015.

Keith is married to Dionne Lea Williams. They got married back in 2001 and even welcomed two children. But before that, Keith was married to Margit Edwards. They both met in 1990 and decided to become spouses, but unfortunately, Margit and Keith wanted a divorce in 1999. With Margit, Keith shares one child. In total, he has three children.

Keith is a very talented actor who has filmed for more than 300 projects. His most popular works, thanks to which he got world fame, include the following ones: