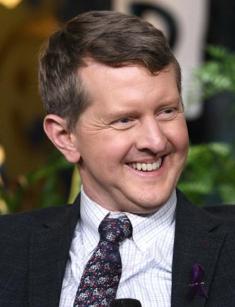 He is a programmer and an author who received widespread popularity as a winner of the national game show.

Even though he was born in Edmonds, a significant part of his childhood Ken spent in Seoul, South Korea, and Singapore. His father worked in an international company, that was the reason for frequent moves. As to educational background, Ken spent much time in South Korea, and there he graduated from the high school.

Since childhood, the boy was a big fan of the TV game shows. As to higher education, Ken received a bachelor's degree in Computer Science in Utah. As a teenager, he remained a vivid fan of the game contestants and took part in numerous quizzes at college.

After graduation from the university, Ken worked as a programmer. He appeared on the game contest show in 2003. The contestant wasn’t going to leave his job. However, he had to do it after winning five games. According to the new rules of the show, the winner could continue playing the game until he was defeated.

This popular TV show has worked for 35 years. Ken became the most vibrant contestant of the game in its history.

In 2004 as a contestant of the show, Ken won 74 consecutive games. On the 30th of November Ken finally gave the wrong answer. The question was where employees at this white-collar firm work only four months out of the year. The contestant said, "Fed Ex," meanwhile, the right answer was "H. and R Block."

This game was Ken's lucky ticket, as he gained not only money but also received the public's adoration. The appearance on the show made him a celebrity and put him on par with other famous show's winners, including Brad Rutter.

Many people asked how Ken's life changed after the show. First of all, he left his job. Becoming a nerd icon Ken got much promotion and established himself as a skilled author. He has released several books and now works as a full-time freelance author.

As an intelligent contestant, he made several records. Thus, he made the record in the Jeopardy's show. Moreover, he appeared in the Guinness Book of records.

His Jeopardy’s winnings are about $4 million. He won nearly $2,54 million after his victory. Moreover, he earned even more, making appearances on other TV shows.

The young man proved to be smart when it comes to money. Much of his income, Ken invested in bonds, stocks, and real estate. "I don't want to be one of these lottery winners you see bankrupt on TV a few years later, having already lost it all."

He is a married man. In 2006 he became a father for the first time. Later in 2006, his wife gave birth to his second child, a daughter.

As a winner of the contestant show, he held about $4 million. However, thanks to his wise handling with money, he had succeeded in multiplying his fortune. Today his net worth is about $5 million.

Ken said his money allowed him to spend more time with his family. He also changed his life, moving to Seattle and buying a new house. Besides, after his victory, Ken focused his attention on three "T's" – taxes, tithing, and widescreen TV. As a Mormon, Ken gives his church 10% of his income.

The author doesn’t stay out giving comments about political agenda. Thus, on the 15th of January, Ken wrote on his Twitter account, Remember, defending champion Ken Jennings wants you to vote for Bernie Sanders or Elizabeth Warren.

Ken signed the contract with Microsoft to promote its digital encyclopedia. He also appeared on the commercials of the company Cingular Wireless. Besides, the University products launched a board game, "Can you beat Ken?".