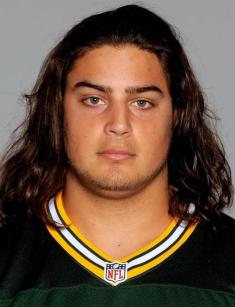 David Bakhtiari who was born on September 30, 1991 is an American professional football player. After playing college football for the Colorado Buffaloes, he became an offensive tackle for the Green Bay Packers of the National Football League (NFL).

The player's hometown is San Mateo, California. He comes from a middle class background. In high school, he was a member of football and lacrosse teams. David's parents' names are Karl and Debbie. The Bakhtiari family patriarch is a real estate businessman. The Packers star also has a brother, who plays for the Tennessee Titans. His name is Eric.

Despite being ranked as only a two-star prospect after his high school journey was over, Bakhtiari received offers from colleges in Colorado, Utah, and Washington. David decided to commit to the University of Colorado, where he joined Colorado Buffaloes. He was part of the team for three years.

In January 2013, the player announced that he decided to forgo his senior season at college and enter the 2013 NFL Draft. He was picked by the Green Bay Packers in the fourth round of the draft. David was offered and accepted a 4-year, 92-million-dollar contract with the team, which included a 30 million signing bonus.

After the team's starting left tackle was injured, Bakhtiari replaced him in the game against the Arizona Cardinals. Since then, the player has started every game at left tackle. He became the first team's rookie to do so since 1978.

As of December 2022, the player is temporarily out because of an appendix removal surgery, which means that Packers quarterback Aaron Rodgers will be on the field without him in the game against the Bears.

In July 2020, the football star proposed to his girlfriend of three years, Frankie Shebby. The couple married two years later in an outdoor wedding ceremony. David's wife is an entrepreneur and a former volleyball player. In June 2022, Shebby announced online that she and her husband were expecting their first baby.

The player is also involved in philanthropy. He raised money for cancer patients and donated ten thousand bowls of soup at a shelter for homeless people.

In 2015, David and several of his teammates appeared as themselves in the 2015 musical comedy Pitch Perfect 2 after he contacted the film's director, Elizabeth Banks, via Twitter.