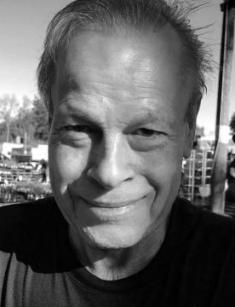 During his sports career, the Italian strongman Franco Columbu took part in numerous competitions and won several prestigious titles and awards. After winning the international tournaments Mr. Universe and Mr. Olympia, he retired quite early due to an injury and wrote the book “The Bodybuilder's Nutrition Book. McGraw-Hill Education”, which earned him the Arnold Classic Lifetime Achievement Award.

Franco Columbu was born on August 7, 1941, in the comune of Ollolai, located in the central part of the Italian island of Sardinia. He was the only son of poor parents and helped them with their work and spent a lot of time outside the house, picking fruits and driving sheep.

Such a life toughened the boy, and he used to endurance and physical activity. Therefore, at school, Franco outstripped classmates in strength and dexterity and often got involved in infighting, although his father forbade him to do it.

Therefore, to release emotions, the guy pounded a heavy bag and once took part in amateur competitions that helped him to leave his village.

Seizing the opportunity, Columbu started training and won ma number of professional tournaments, including the Italian national championship. But after a fight in which Franco almost killed his rival, he decided to change his life. He gave all earned money to his parents and then went to Munich and Stuttgart in Germany.

Franco was 5.41 ft. (165 cm) tall and weighed 185.18 lbs. (84 kg); after a few months, the athlete showed incredible results in bench pressing, deadlift, and squats with weights, which allowed him to stand out from the eminent athletes and become the Champion of Italy and Europe.

Such achievements made the man think about a different kind of competitions. After meeting Arnold Schwarzenegger, he started a career in bodybuilding and began to build muscle and improve his body. Then Franco moved to California, where he reached perfection in his body and succeeded in his career thanks to a special diet and training, using modern equipment.

At the same time, Columbu continued to set powerlifting records and in 1969, was considered one of the most powerful people in the world. Simultaneously, he studied medicine at a medical college and built houses and apartments together with his colleagues.

Sports career also did not stand still. In the late 1960s, Franco won the Mr. Universe contest in Yugoslavia. After becoming a runner-up at the prestigious Mr. Olympia competition, he won this title three times, competing in the under 200 lbs. (90.7 kg) category.

The Italian athlete continued to maintain relations with Arnie and even appeared in movies. After the episode in the TV series The Streets of San Francisco, he played roles in the films Pumping Iron, The Terminator, Conan the Barbarian, and The Running Man.

Columbu's wealth increased thanks to powerlifting tournaments, but after an unsuccessful fall that occurred during the refrigerator-carrying contests, he suffered a severe knee injury and quitted sports for five years, taking compensation of $ 1 million.

Later, Franco earned a degree and created an original program of exercises and training, thanks to which he managed to avoid knee paralysis. He also became a licensed chiropractor.

Columbu’s private life had two completely different women. The first wife was a professional chiropractor and lived with the strong man for several years.

In the early 1980s, American Deborah Drake became his second wife. Their daughter Maria was born long after the wedding.

After retiring from sports, the former Mr. Olympia wrote a book about sports nutrition and opened a company for the production of sports supplements. Thanks to the Astrakhan entrepreneur, who had an affair with the daughter of the Italian bodybuilder, Franco's products came to the Russian market.

On August 30, 2019, a message appeared on Schwarzenegger's Instagram page, telling about the tragic death of the bodybuilder who drowned in the Mediterranean Sea during a vacation in Sardinia. When a helicopter arrived from the hospital, doctors could not help the victim and did not officially announce the cause of death at the request of relatives and friends.

At the time of his death, Franco Columbu had a net worth of $10 million.