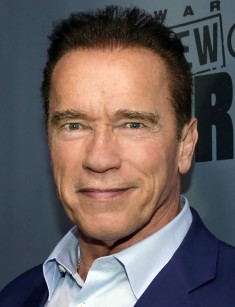 Arnold Schwarzenegger was born in an Austrian village Thal in 1947 into the Catholic family. His parents, particularly the father, kept a tight hand on the children. In 1938, the father who worked as the local police chief became the Nazi party member. Arnold’s mother was a housekeeper and looked after the sons.

Arnold was not the favorite child: his parents, especially the father Gustav, paid more attention to the elder son Meinhard. Arnold’s responsibilities included doing household chores before going to school so the boy had to wake up at 6 a.m.

The father insisted that Arnold should play soccer to be athletic. The boy could not disobey the strict parent but took fancy in bodybuilding and switched to it at 14. Arni went to the gym in Graz every day. It was the reason for the conflict with the father who could not tolerate any disobedience.

Some facts from Arnold Schwarzenegger’s biography convey the idea what the family atmosphere was like. In 1971, Arnold’s brother Meinhard got into an accident in a state of alcohol intoxication and died. Arnie did not go to his brother’s funeral. He also did not say the last good-byes to his father.

Arnold went to the army at 18; as he returned to the civilian life, he moved to Munich where he got hired in a fitness club. The young man had so many financial problems that he had to sleep on the gym floor. These ordeals influenced Arnold’s character and behavior. Schwarzenegger was constantly involved in fighting, and the traffic police fined him regularly. Although Arnie became the administrator of the gym, his debts remained huge.

Arnie was training hard and won two awards in the Mr. Universe contests organized by NABBA and IFBB soon. In 1970, Schwarzenegger was second to none. For five years in a row, Arnold was the irreplaceable winner of the Mr. Olympia title; he became a legend. He reached the zenith in this sport.

Schwarzenegger finished his sports career after 1980. His contribution to the popularization of bodybuilding is immense. Arnie is the author of the book “Encyclopedia of Modern Bodybuilding” that was published in 1985; the edition included 10 thousand copies. The famous bodybuilder explained the peculiarities of exercising the muscles of various groups. For many sportspersons, the book became iconic.

Since 1969, Schwarzenegger started participating in movies just like many of his bodybuilding idols. However, Arnie’s excessive muscle mass and notable German accent became his major problems. The beginning actor was given only minor roles with little text in episodes. Reluctant to be in the background, Arnie took up acting classes, lost some weight, and got rid of the accent.

Arnold Schwarzenegger’s movie career began with the movie “Hercules in New York.” Later, Arnie called this work his least favorite of all. Still, the audience viewed other movies with the actor and bodybuilder with restraint as well.

Arnold’s earnings remained modest for a long time. At first, Schwarzenegger’s acting was so poor that he was often nominated for the Golden Raspberry Award. The comedian Robin Williams even joked that only the Scotch collie Lassie pronounced fewer words than Arnold Schwarzenegger.

Schwarzenegger became the real movie star in 1982 after the movie “Conan the Barbarian” was out. While critics rejected it, movie theaters were full of viewers.

In 1984, James Cameron’s movie “Terminator” was released, and Arnold Schwarzenegger became the main figure of action movies. As the movie hits “Commando” and “Predator” came out in the late 1980s, Arnie’s career gained momentum.

The actor did his best to escape the everlasting image of a brainless ferroconcrete murderer and starred in comedies to achieve this goal. When the actor managed to take the role in the promising comedy “Twins,” he was ready to work only for the percentage of the box office without a fee. The movie starring Arnold Schwarzenegger and Danny DeVito became a success among people. The actor began to star in comedies as frequently as in action movies. The comedies “Kindergarten Cop,” “True Lies,” and “Junior” (with DeVito as well) proved that Arnie was not only the action movie figure.

In 1991, the fantastic action movie “Terminator-2: Judgement Day” appeared on the big screen; this movie is considered to be Schwarzenegger’s most famous movie. Rather than play an antiheroic mechanical murderer, the actor showed the machine possessing some human feelings. The movie brought the actor the world-wide fame and money. His benefits were growing not only due to his roles in movies but also his investments and personal postal mailing and real estate business. Schwarzenegger also received the percentage of the video games and comic books sales.

Arnie received the recording amount of money – $30 million – for the movie “Terminator-3.” His work was nominated for a wide range of prestigious awards as well as the Golden Raspberry prize. The role in the action comedy “The Last Action Hero” stood out: Arnie artistically parodied himself.

After the success, another downfall followed. The movies “End of Days,” “The 6th Day,” and “Collateral Damage” were reviewed negatively. In 2003, when the “Terminator-3: Rise of the Machines” came out, 56-year-old Schwarzenegger left cinematography for politics.

In the same year, the actor won the elections and became the Governor of California. Movie shooting almost stopped at that period. After the governorship, Iron Arnie came back to the movie industry.

In April 2014, the actor worked on the fantastic action movie “Terminator: Genisys” where he played Terminator T-800. The premiere of the movie took place in summer 2015.

In 2003, Arnold became the 38th Governor of California. Schwarzenegger had to encounter the powerful opposition that managed to reduce his popularity to a large extent. Still, the Governor won the second term and worked as a Governor until 2011.

Schwarzenegger’s campaign aimed at expenditure reduction is remembered by California citizens even today. The Governor set the example himself and rejected the salary but, nevertheless, failed to overcome the serious budget deficit. The attempts to collect some money by means of phasing out civil servants and tax increasing were continually accompanied by labor unions’ protests. The state ruled by Arnold Schwarzenegger suffered the consequences of the global crisis most.

Arnold Schwarzenegger’s personal life has always been the subject of the utmost interest. His first serious relationship with the English teacher Barbara Outland Baker broke down in 1974. While Barbara dreamed of an ordinary family life, Arnie hated the very idea of such a lifestyle.

In the mid-1970, Schwarzenegger had two love affairs with the hairdresser Sue Moray and TV journalist Maria Shriver, John F. Kennedy’s niece. When Sue insisted that the young man should finally make up his mind, Arnie chose Marie.

In April 1986, Schwarzenegger and Shriver married. In this marriage, four children were born. The first child Katherine Eunice was born in 1989; Christina Maria Aurelia and Patrick were the next. The youngest son Christopher Sargent was born in 1997.

The Schwarzeneggers used to live in a large mansion in Brentwood that occupied almost a thousand m2. Just like his father, the actor brought up his children strictly, made them exercise every morning, and keep their rooms perfectly tidy. If he saw scattered things he threw them into the fireplace.

In May 2011, a great scandal erupted. The actor’s adultery was revealed: as it turned out, the man who was considered an exemplary family person had an affair with a housekeeper, and his illegitimate son Joseph was born. Arnie told his wife about it right after he resigned as the Governor. The couple divorced.

As he came back to the movie industry, Arnie got engaged into work. In October 2016, it was announced that the actor would play in the Russian-Chinese movie “Viy 2: Journey to China” that was the sequel of the 2014 highest grossing Russian movie “Viy.” Jackie Chan also participated in the movie.

In 2017, the premiere of the thriller “Aftermath” based on real life took place. It was the story about the catastrophe in Germany on July 1, 2002. The Russian plane with 50 children and a cargo plane collided in the mid-air. The air traffic controller Peter Nielsen’s mistake was one of the reasons for the collision.

The Russian Vitaly Kaloyev’s wife, daughter, and son died in that terrible catastrophe. In 2004, the man murdered Nielson at his house door. One year later, the Swiss court sentenced the Russian to 8 years in prison, but the man was released in two years for good behavior. He became the assistant of the North Ossetia Minister of Construction and Architecture. According to Kaloyev’s words, nobody asked him about the movie shooting and he would like the scenario to be as close to the actual case as possible.

Although Arnold Schwarzenegger belongs to the Republican party, he has already argued with President Donald Trump in absence. Before he took up politics, Trump was a TV personality in the show “The Apprentice.” As soon as Trump got busy with more important tasks, Arnie replaced him. Still, Trump did not forget about the program and accused the actor of the show rating decrease. Arnie offered Trump to switch their jobs since the country leader was a great specialist on ratings. Simultaneously, the former Governor promised that people would sleep in peace again when he obtained power. 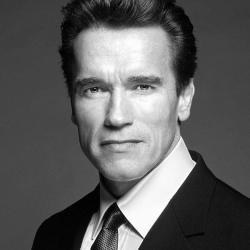