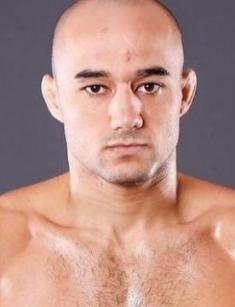 Marlon Moraes is a mixed martial artist who competes in the bantamweight division of the Ultimate Fighting Championship. The Brazilian athlete is in the top 10 best athletes of the UFC bantamweight rankings. His credentials include black belts in Brazilian Jiu-Jitsu and Muay Thai.

Marlon Luiz Moraes was born on April 26, 1988. There is little information about the athlete’s childhood. He does not tell about it in an interview. Marlon became interested in Muay Thai when he was seven years old. The boy had the required physical characteristics and could try his hand at this sport, and soon won several national championships in his age category. Moraes also trained in Thai boxing and became the national champion two times.

At the age of 15, he became interested in jujitsu and began training under Ricardo Almeida. In Brazil, this type of martial arts is considered one of the most popular. Marlon started to make his first progress at local tournaments. Then he won the national competition. Having shown off his potential, he was offered to cooperate with MMA.

In 2007, Marlon Moraes made his professional debut. In 2011, the athlete already participated in fights in the USA. He became the representative of several organizations, including the Ring of Combat, World Extreme Fighting, Xtreme Fighting Championships. A year later, Moraes received an invitation from the World Series of Fighting and collaborated with it for four years, entering the ring and winning new titles.

In November 2012, he participated in the fight with former WEC champion Miguel Torres, and Marlon Moraes won it. The bout with Carson Beebe in October 2013 ended in just 30 seconds. Marlon knocked the opponent out, which made him very popular. He had to fight with Josh Rettinghouse for the championship title. The athlete became the first lightweight champion in the history of promotion by unanimous decision. He had to defend the title against Cody Bollinger, and Marlon won the bout in the second round.

Having become a member of the MMA promotion, Moraes did not immediately show his abilities. During the first ten fights, he won 6 victories and was defeated four times via two knockouts and two submissions. When the athlete moved to another weight class, his results changed. His opponents were the athletes who competed in the bantamweight division. Moraes achieved significant results and was quickly recognized as one of the best fighters.

In 2014, he already became the champion of the World Series of Fighting. At that time, the UFC representatives noticed him and offered the athlete to cooperate. They organized the fight with Raphael Assunção. After 13 victories, this fight became dramatic for Moraes because he was defeated. This failure did not stop the athlete.

Moraes faced John Dodson in the battle that took place in the autumn of 2017. The fight brought him success. A series of subsequent victories encouraged the fighter. He defeated Aljamain Sterling via knockout in a minute. It took Moraes 33 seconds to defeat his opponent in the battle with Jimmie Rivera in the summer of 2018.

There is little information about the biography of Marlon Moraes, and the fighter’s interviews are devoted only to sports issues. But photos on Instagram allows making assumptions about his personal life. Marlon's wife is Izabella Santiago. She gave birth to two children, and now the couple is raising sons.

The athlete has accounts on social media, where in addition to photos of training and competitions, he posts personal pictures. They depict Marlon together with his family, friends, and colleagues.

In 2019, the fighter faced Raphael Assunção in a rematch. Marlon could surpass the opponent. So, the fighter became the main title contender. The reigning champion was T.J. Dillashaw. After the doping test, the fighter had to relinquish the UFC bantamweight championship, so the title was vacant.

In July of the same year, the athlete entered the octagon against Henry Cejudo, the Bantamweight Champion, at the UFC 238. However, Moraes lost the fight. After this battle, he challenged fighter Urijah Faber, who returned to the ring and defeated Ricky Simon after a 3-years hiatus.

Marlon Moraes has a net worth of $1 million - $5 million.