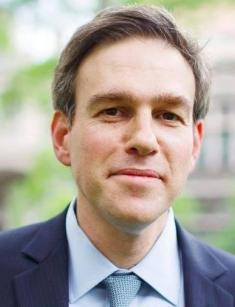 The American journalist and writer has own point of view on political and social occasions, proved to be a talented commentator and had got a full recognition. He is a columnist of one of the most influential journals of the world, who has significant experience of reporting and interviewing the first politicians.

He was born in the Jewish family and raised in Mexico City – the hometown of his father. The boy attended the school in Massachusetts and then studied political science at the university. Bret gained one of the best education and had a bachelor’s degree in politics and a master’s degree in comparative politics.

Bret started his professional career as an editor of one of the most prestigious journals in New York - WSJ. Then he became an editorial writer. He comments news of domestic and foreign policy.

For his long career, the journalist got several awards, Pulitzer Prize for Commentary among them. He released three books, which made him a well-known personality for the general public. The reporter did interviews with world leaders and reported from all around the world.

His net worth is about $1 million. He frequently works alongside the journalist Gail Collins. The columnist writes not only about political events, but also some vibrant social occasions. For example, the journalist wrote about the rock climber Alex Honnold.

The writer proved to be vulnerable and according to common opinion needs some thicker skin. He felt a tantrum after reading a tweet of the university professor, who called him a bedbug and sent an email to him and claimed him in uncivility. This occasion burnt a full resonance. A lot of politicians and journalists mocked the reporter, and in some way, this situation has grown in the internet-wide campaign to ridicule Bret.

The columnist Sohrab Ahmari wrote the article in defense of the vulnerable colleague: ‘Bret Stephens is more than one silly email. And if you are tempted to join the pile-on, don’t. It won’t do you any good, and it might even do your soul some harm”.

In his first book, he told that the USA implemented the role of policeman of the world, but this behavior caused even more acute global problems. Global political issues and news are the main subjects of the writer. His opinions were understood as a neoconservative and his ideas frequently associated with the right-wing political movement. He supported the Iraq War, which was started in 2003; he is also the supporter of Israel. Bret is one of the bright critics of Trump’s policy. The writer is often described as climate change denier.

Bret was married twice. The first time his wife was the editor. The writer is married and lives in New York. He and his wife have got three children. He speaks Spanish fluently.

• 2014 America in Retreat: The New Isolationism and the Coming Global Disorder

• 2015 Has Obama Made the World a More Dangerous Place?: The Munk Debate on U.S. Foreign Policy.