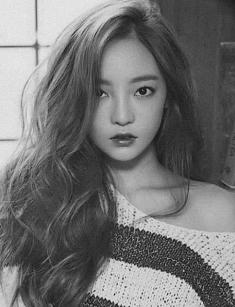 Goo Hara was a South Korean singer and actress. She became highly popular in her home country and around the world after performing in the South Korean girl group Kara. Goo became extremely famous after appearing in television dramas and fashion shows. The beautiful woman had the first attempt of suicide in May, 2019, and her second attempt ended dolefully: she was found dead at her home in November, 2019 with the cause of death: a possible suicide.

The singer was born in Gwangju, South Korea. She was a talented girl who wished to become a celebrity when she was young.

She got an education at Sungshin Women's University. There is no much information about Hara's family and siblings. It is known that she visited her brother in the military in 2011.

Goo started her career in 2008 after she joined the girl group Kara. She was one of the most famous girls from the band with her attractive and bright appearance.

As an actress, she firstly appeared in 2009 KBS' reality show Invincible Youth. Two years later, she made her acting debut in SBS City Hunter. She played the daughter of South Korea's president.

In 2013, Goo became popular as a singer. She recorded her first song called "Magic of Love" with Japanese musician and songwriter Fukuyama Masaharu, which suddenly spread all over the world and brought her fame.

In 2014, Hara appeared in her own reality show titled On & Off. Next year, she started hosting KBS' idol beauty show A Style For You. She also wrote and released a beauty book titled Nail HARA.

One month later, Hara debuted as a solo artist. She performed at concerts with her new EP album Alohara (Can You Feel It?). Her songs rapidly became popular, and she was on the pick of her fame.

In 2016, Hara's contract expired, and she had to leave DSP Media. Goo joined KeyEast company to continue her career as a singer.

In August 2017, Hara starred in a web movie titled Sound of a Footstep. In November, she joined the variety show Seoul Mate.

In January 2018, Goo issued a song On A Good Day that was recorded for the drama movie Jugglers. She was a host in the beauty show My Mad Beauty Diary, after which she became more popular in the fashion industry. She was offered to star in Emoda fashion advertisement.

However, in January 2019, the company, she has been working with, refused to renew her contract. One of the reasons was the dispute with her ex-boyfriend.

Speaking of the private life of the singer, Goo was known to be friends with G-Dragon, a South Korean singer-songwriter and rapper. She uploaded a selfie with him along with the caption, “Hwaiting to all of us!”.

Hara was dating the hairdresser Choi Jong-bum. They first met on the set of the beauty TV program My Mad Beauty Diary. Their relationship ended deplorably. In September 2018, her boyfriend came drunk at her home and started to slay her while she was sleeping. Goo received numerous injuries and suffered morally.

Moreover, her ex threatened Hara to sell to media a sex video of her. Hara filed a lawsuit against him in August. Choi was sentenced to a prison sentence of one year and six months, suspended for three years of probation.

In May, 2019, Hara attempted first suicide after she had posted the word "Goodbye" on her Instagram account. But she was saved: her relatives took her to hospital. She then apologized to her fans for such a silly action. It was known that the singer had depression and had psychological problems.

The net worth of the Korean singer was estimated at $9,5 million.

Hara's funeral was held by family members and friends. There was a separate memorial service for fans.

After her death, all her fans were shocked and expressed their condolences. The popular South Korean band Blackpink also left a message to Sulli & Goo Hara on their social media account; they wrote: "Please be happy now on Heaven."