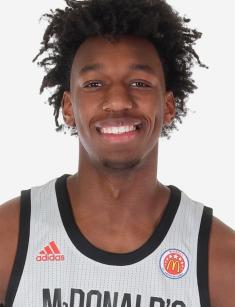 He is an American college player with impressive statistics. The skilled athlete is widely projected in the 2020 draft. According to the critic’s forecasts, he will include in the first overall pick in the next draft.

The boy was born in Tenessee. He started playing basketball when he was five. He was deeply inspired by the legends of basketball and dreamt of playing, in the same way, one day.

When he played basketball at high school, he met the coach, Penny Hardaway. They worked together during his junior year at high school.

He influenced the boy much a supported him when he left the school. The coach called him a good player with a good ceiling, understanding the game and wish to become better, and “he is even better kid off the floor.”

The basketball player has such a secure connection with the coach that even changed his decision concerning his future career.

The young athlete was perspective and demanded. Top universities proposed scholarship to him, but he preferred to stay at Memphis and reunite with his coach Penny Hardaway. Ordinary people widely supported his decision as the young athlete gave hope to the team.

As to his playing style, the young athlete confessed that he would like to create his path, and he doesn’t try to make a comparison to other players. Besides, he tries to soak as much information as he can, he reads autobiographies of legendary athletes, watches movies, and studies game of talented basketball players.

Besides his achievements, college stats, and national support, James said that he is not in a hurry to play like a pro. Now he tries to become better and better and raise his level.

The skilled basketball player was included in the national team several times thanks to his espn stats. In 2017 he contributed to the success of the team on the FIBA Under-16 Americas Championship in which were held in Argentina. The basketball player led the team to victory and helped to win the gold medal in the game against Canada. In 2018 he was called to play for the national team again. However, the athlete couldn’t play due to severe injury.

Besides basketball, James has other interests. Thus, he speaks Mandarin, thanks to his lessons at high school, and enjoys reading. He reads Kobe Bryant and dreams of opening the fast-food restaurant. The young man has a towering height, sharp facial feature, and perfect grin; as a result, he is the crush of all girls. He is active on social networks, where he documented his life to the fullest. His net worth, as well as salary, isn’t disclosed.

At present, there is no information about James Wiseman's net worth.