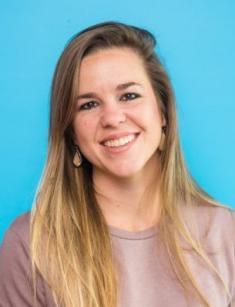 Brittany Matthews is a former soccer player and personal fitness expert from the United States; people know her as the long-time girlfriend of the NFL athlete Patrick Mahomes, too.

Brittany was born on September 1, 1995, in Texas. The girl’s parents, Martin and Diana, divorced, and the mom married again soon. The stepfather Paul became a good parent for Brittany and her older brother, Devin. At the same time, Brittany is close to her father and sometimes shares photos with him.

The child attended Whitehouse High School and took up sports there. The young woman was so excited about soccer that she could not but join the college team when she entered the UT. Matthews studied Kinesiology there and successfully received a Bachelor’s degree.

Following her sports accomplishments, Brittany decided to build her career in this sphere. Soon, she signed an agreement with the UMF Afturelding/Fram, Iceland. It was no accident: Matthews worked really hard for it. Although the woman did not spend much time aboard (she joined the team in May and returned to America by October 2017), she helped her team win the country’s league.

Although soccer fascinated Brittany, she found a new passion: workout in a gym. She delved into fitness and training; the company Brittany Lynne Fitness was the result of the long endeavor. Besides, Matthews was hired by Herbalife.

The athlete’s professional approach is quite strict: she stands for no excuses and encourages her students to achieve their goal. According to Matthews, a gym is a safe space for her, and she wants everybody to win as much as possible when they follow their sports way.

Brittany is an object of permanent interest for the media: she dates the starry attacker Patrick Mahomes II, who plays for the Kansas City Chiefs. The lovers went to the same school together but enrolled at separate colleges, which did not hurt their relationship.

Britt and Patrick often share pictures on Instagram and write tender words; for example, they always celebrate the day they started dating.

The athletes are not married and do not plan to have a baby so far, but they adore dogs and pamper their pit bull and Cane Corso. Seven years after the beginning of the romance, there has been no official information that the lovers are engaged.

Today, Matthews continues to work as a personal coach. One can often spot the woman supporting her boyfriend; for instance, she has been motivating fans to vote for Patrick, the nominee for the award by the ABC. Brittany also created a special diet for her beloved one. The athlete is an active user of social networks, such as Instagram and Twitter.

In December 2019, the quarterback’s girlfriend claimed she was harassed by New England Patriots fans.

Brittany Matthews’s net worth is estimated at $10 million in 2019.