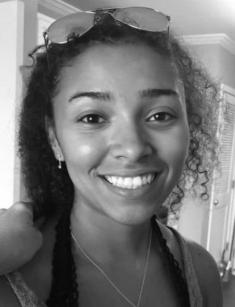 Aniah was an American girl, who was known as a stepdaughter of famous UFC fighter. She was a college student. You also may know Aniah as an Internet personality. Unfortunately, the girl missed on the 24th of October. Her story attracted a broad reaction, and many forces were applied to find the lost girl. On the 27th of November, her remains were found in the wood. The remains were positively identified.

The 19-years-old Aniah attended the College. Aniah's mother is a prominent lawyer. Her stepfather is Walt Harris, a fighter who met her when the girl was three years old. Her biological father is Elijah Blanchard. Aniah was good at sports, but she preferred to focus on general education. Aniah had two siblings.

There is little information about her career. The young girl displayed the leader's skills.

She successfully graduated from high school. Then she entered the Southern Union College.

Her net worth is not identified. Her stepfather, a UFC fighter, received support from the MMA Community. All her family had been very public in the search for the missing college student. According to Internet sources, she wasn't dating. Her ethnicity is black. The young lady had an account on Instagram.

Her stepfather posted an emotional speech on his Instagram. He named his emotional state as unbearable pain.

"My sweet baby girl... I wanna thank you for helping me change my life for the better... For teaching me how to be a man and a better father! For being my biggest fan win, lose, or draw! For always knowing what to say to put a smile on my face and lift me up when I was down and wanted to give up".

She was reported missing on the 24th of October. Aniah talked with her friend last Wednesday night, and then she missed.

Her car was found on the 25th of October. Her car was at an apartment complex near Montgomery.

The Department of Forensic Sciences examined her vehicle. Officials reported that the college student was harmed. She was considered a victim of a foul play. On the 7th of November, the authorities found a person of interest in Aniah's disappearance. He was identified as Ibraheem Yazeed, a 30-years-old man from Alabama.

The investigation confirmed that Yazeed was at the same location as Aniah. He was involved in taking the college student against her will. The suspect has a violent criminal history.

Her remains were found in the wood on the 27th of November. Now, this case is a homicide investigation. By this day, three suspects were arrested.

The authorities released a video, which showed Blanchard and Yazeed in the convenience store. The key witness preferred to keep silent because his wife said that this was the best decision. The cause and the manner of her death hadn't been confirmed yet.