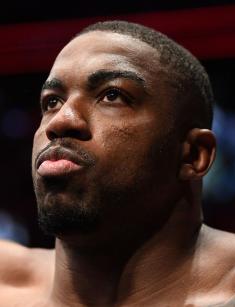 Walt Harris is a professional fighter with a long and successful career. The sportsman struggled heavy loss in his life – his stepdaughter was kidnapped. Walt refused to take part in a fight at UFC on November 1, 2019 due to the search. The criminals who committed the crime were found and detained.

There is not much information about the parents of a famous fighter. Before starting training as a mixed martial art fighter, Walt was interested in playing basketball. During his studies at the university, he demonstrated good playing skills. Later, he made a decision to continue his career as a fighter. Before his success as a fighter, Walt was a furniture mover and also worked for UPS.

The fighter debuted in 2011, after competing with the sportsman Justin Thornton. After setting a record of 6–1, he signed a contract with UFC in the fall of 2013.

In November, 2013, Walt faced the fighter Jared Rosholt and lost the fight. In his next fight, the sportsman competed Nikita Krylov in January, 2014. He lost the battle and dropped to 0–2 in the UFC.

After that, Walt signed a contract with Titan Fighting Championship. In 2014, he performed in the ring against D.J. Linderman. That year, Walt resigned with the UFC, and he was replaced by Jon Madsen. After returning, he faced Palelei at UFC Fight Night 55, however, he lost the fight via second-round TKO.

Walt won the fight with Cody East in 2016. Next year, in January, 2017, he faced Chase Sherman, at UFC Fight Night 103, winning the fight by knockout in the second round.

The sportsman got an injury at UFC 216 and had to miss fight with Fabricio Werdum. As a result, he lost in the fight via submission in the first round.

In June, 2018 Walt competed against Daniel Spitz, winning the fight via knock out in the second round. In December, he faced Andrei Arlovski and also became the winner.

In January, 2019, the fighter was suspended for four months and fined $4,000 after being tested positive for doping. Later he proved the positive test resulted from a tainted supplement.

In May, 2019, Walt was going to fight against Aleksei Oleinik. However, Aleksei was replaced by Sergey Spivak. Harris succeeded in the fight and won it, earning his first Performance of the Night bonus award. He competed Oleinik in July and became the winner of the fight. The sportsman had to refuse to appear in the battle with Alistair Overeem due to the ongoing search for his missing step-daughter.

Sometimes people confuse Walt the fighter with the former American football player and coach Walter William Harris because they have similar names.

Harris is married. His wife's name is Angela Haley-Harris; they have four children. Now the family is living in Homewood, Alabama.

The professional fighter has an estimated net worth of $1,6 million at present.

Recently, the fighter had great sorrow. His stepdaughter Aniah Blanchard was reported missing on October 24, 2019. The family made all attempts to find the girl, but Aniah's remains were found on November 27, 2019. The police caught the criminal, Ibraheem Yazeed. On November 20, 2019, he was charged with first-degree kidnapping in an Alabama court. A few days later, two additional suspects, Antwain Fisher and David Lee Johnson Jr., were arrested and charged with a first-degree crime.

The famous fighter posted on his Instagram account photos of his stepdaughter. In his last post, Walt wrote a big message to his stepdaughter, who passed away. He expressed his gratitude to her for teaching him to be a strong man. Many famous fighters, fans and close friends shared the grief of the sportsman and his family.

Performance of the Night bonus award, 2019