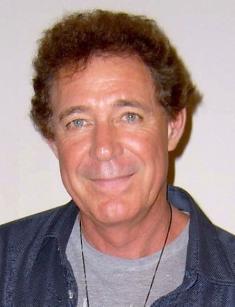 Barry William Blenkhorn has a professional nickname Barry Williams. He is an actor who gained recognition after playing Greg Brady on The Brady Bunch in 1969. By the way, after Florence Henderson passed away on November 24, 2016, Barry turned out to be the oldest actor from The Brady Bunch alive.

Barry William Blenkhorn was born in 1954 in California to Frank Millar Blenkhorn and Doris May Moore. Barry’s family also consists of his two siblings, Craig and Scott Blenkhorn. They all lived in Pacific Palisades with the actor Peter Graves as a neighbor.

There is no information about his education, but as a child, Barry understood that he was going to become an actor, and at the age of 13, he had his first role in the television series Dragnet. Then, Williams had more and more appearances on television, including series That Girl (1968), Here Come the Brides (1969), and Mission: Impossible (1970). Besides that, he starred in various TV commercials for a start like other actors. In 1969, Barry starred as Greg Brady on The Brady Bunch together with Robert Reed and Florence Henderson, and that turned out to be his breakthrough. In one of the episodes, Williams appeared with a bandage on his lip, and it was because he was in a car accident and cut his lower lip.

In 1974, The Brady Bunch was canceled, and Barry connected himself to a musical theater and had tours with such musicals as Grease and West Side Story. In 1988, he played the role of Alfred/Sam in the Broadway musical Romance/Romance together with the actress Alison Fraser. Since his teenage career, Williams was always associated with his role as Greg Brady, and in 1864, he finally could play the part that was very different from Brady. Barry starred as Hannibal in the drama series General Hospital.

Williams had appearances in several movie reunions of The Brady Bunch, including A Very Brady Christmas in 1988. Next year, he received the Former Child Star “Lifetime Achievement” Award from the Young Artist Foundation for the role of Brady.

In 1992, Barry’s autobiographical book titled Growing Up Brady: I Was A Teenage Greg was released. It became a New York Times bestseller and, in 2000, got an adaptation of the television movie Growing Up Brady, where Adam Brody played the role of Williams. In 2002, Williams appeared in Peter Gabriel's music video The Barry Williams Show. The song was not actually about Barry; it was about a non-real show host inspired by Jerry Springer. Also that year, the actor appeared in the Celebrity Boxing, where he had a fight with Danny Bonaduce.

For 2019, Williams has a net worth of approximately $3 million. Currently, the actor hosts the radio show The Real Greg Brady's Totally '70s Pop Quiz, and he also has tours with the band Barry Williams and the Traveliers. Also, in 2019, Barry was a host of The Classic TV Stars Cruise.

At the beginning of 2001, Williams received a fine of $52,000 by the Actors' Equity Association because he took part in the tour of The Sound of Music, which turned out to be a non-union tour. The actor filed a complaint in return to the National Labor Relations Board saying that he had resigned from the union in autumn 2000, so it was before the tour started. However, it was stated that Barry entered the union in 1974, and since then, he was a member even while singing a new contract. In 2005, the Actors' Equity reinstated Williams after he participated in the production of A Christmas Carol in 2004.

Williams has been married three times, and he has two kids. His first wife was Diane Martin, they married in 1990, and two years later, got divorced. In 1999, Barry married Eila Mary Matt, and they separated in 2005. Since 2018, Williams’ wife has been Tina Mahina.

Barry is the father of two children, Samantha Rose Williams and Brandon Eric Williams. Elizabeth Kennedy, Williams’ ex-girlfriend who was abandoned by him, gave birth to Samantha. Speaking about Brandon, he was born in 2003, and he is the child of Barry and Eila. Currently, Williams lives in Branson, Missouri.

By the way, the name Barry Williams is rather common. For instance, you can find the man with the same name who has his design studio in Dallas, Texas, the doctor, a psychiatry specialist in Winston-Salem, or the director of the Collier County Parks & Recreation.