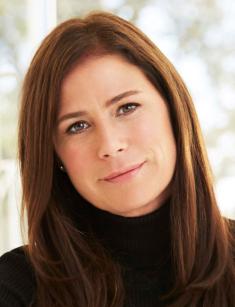 The Boston native, Maura Tierney, started her acting career in the late 1980s. Since then, Tierney has established a successful and long career as an actress with countless credits, which included several TV shows like NewsRadio, ER, The Whole Truth, The Affair, plus supporting roles in Liar Liar, Primary Colors, Baby Mama, Anything, and Beautiful Boy. In 2019 Maura starred in drama movie The Report alongside Adam Driver and Michael C. Hall. Tierney was married once in 1993 – 2006 but had no children. Her net worth is roughly estimated at $10 million, including all of his properties and earnings.

The birthplace of Maura was Boston. She was born to her dad, Joseph M. Tierney, and mom, Pat, on February 3, 1965. Maura became the first child in a family. Although a lot of people connect Maura to another famous American actress, Gene Tierney, they are not relatives.

Maura’s father was in politics, as everybody’s in politics in Boston. The mindset there was so political, and everybody wanted to be involved, and that affected Maura and affected anyone who grew up there because it was different from anyplace else. Maura always perceived her father’s life as really glamorous because she was seven when he got on the city council. As a child, she went to City Hall and that was fun, just like going to the chambers. Campaigning was always fun, and they were part of it.

However, there was something in Tierney’s family that badly affected her whole life. The girl grew up in a haze of smoke. No one in her family concerned themselves too much with nicotine addiction and its attendant diseases. Joseph M. Tierney lit up at the dinner table and puffed away in the car with the windows rolled up. And his daughter took her first drag off a cigarette at the ripe old age of eight.

After graduation from NYU, Tierney moved to Los Angeles, hoping to become a big-screen star. In 1987 she was set to play Kathy Maltby in Disney’s TV movie Student Exchange. Four years later, Maura became a star of the non-screen movie. After several small appearances on various TV shows, the novice actress made a breakthrough on NBC’s sitcom TV series that focused on the work lives of the staff of an NYC AM news radio station.

Maura was a regular cast member who portrayed Lisa Miller, reporter, on-air personality, producer, and news director briefly in the series. She had a relationship with Dave Nelson (played by Dave Foley). Phil Hartman, Andy Dick and Joe Rogan starred alongside Tierney on NBC’s project. Played the role of Lisa in 96 episodes in 1995-1999, Tierney had made herself a name of the professional actress. Apart from NewsRadio, Tierney participated in such movies as Liar Liar, Primary Colors, and Forces of Nature.

After the NewsRadios ended in 1999, the Boston native joined the casting team of another NBC’s TV series, ER. That project made her known all over Hollywood. She was portraying the role of Dr. Abby Lockhart for ten years and became a nominee for various awards six times.

After ER was over, in 2009, Tierney planned to play in Parenthood alongside Peter Krause. He portrayed Adam Braverman, a married father with various neuroses, and Maura performed as Sarah Braverman, his single-mother sister with issues of her own. However, the two starred only in the unaired pilot. Later Tierney was replaced by Lauren Graham because of long-term treatment.

In August 2019 the Geffen Playhouse began its 2019–2020 season with the Jen Silverman play Witch, starring Maura Tierney. The play followed Elizabeth Sawyer, a villager exiled after being labeled a witch. When a charming devil came to tempt locals to exchange their souls for their desires, Elizabeth was not so easily swayed. Witch was inspired by William Rowley, Thomas Dekker, and John Ford’s Jacobean play The Witch of Edmonton.

Maura Tierney met Billy Morrissette met after both being fired from a TV series. In the beginning, the two shared a true Hollywood romance and tied the knot in February 1993. For 13 years of marriage, they did not have children. In March 2006, Tierney was looking to divorce her husband. She filed her petition in Los Angeles Superior Court, citing "irreconcilable differences." Currently, Tierney doesn’t have a boyfriend.

In 2009 Maura Tierney underwent a medical evaluation, which frustrated several of her projects. NBC declined to give out details on Maura’s condition, but Maura released her own statement, in which she revealed she was having surgery. Maura reported she had discovered a tumor in her breast, which required surgery. She said she would know her exact diagnosis or course of treatment after that surgery would be performed. Later she was diagnosed with breast cancer.

In January 2010, six months after treatment, Tierney was back on the job. The Emmy-nominated ER actress declined to comment on her return to acting, but her publicist said: “She has finished treatment and is doing very well, and is happy to move forward with the next phase of her life.”