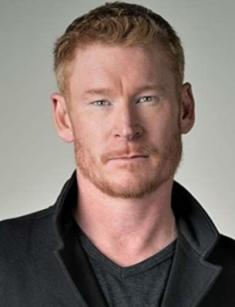 He is a Canadian actor who achieved wide popularity and recognition. The actor appeared on the screen in many remarkable roles. The 49-years actor has still been demanded and popular. However, Zack doesn’t often appear on the screen in major roles, he managed to unleash his potential, especially playing villains. That’s why he was included in the list of favorite TV bullies.

The acting has become Zack’s family business as his mother worked as a prominent voice actress. Moreover, she featured on the screen in such movies as "Police Academy 3" and "Scary Movie 4." His brother also works in the movie industry.

Interestingly that Zack’s mother was against his career on the screen. Nevertheless, the brother persuaded both his mother and Zack to have a chance in that industry.

The actor hasn't known his father well as he was always absent. Until he found success as an actor, Zack was poor and bullied.

In the 80s, as a kid, he worked in the small stuff for one year, and then finally got a big audition. He played Scut Farcus in the movie "A Christmas Story." That villain role allowed the actor to unleash his potential and made him widely popular. That movie radically changed his life as Zack could pretend on the significant roles in movies as well as TV series. From that time, his filmography had sufficiently grown.

From 1985 to the 2000s, the actor regularly received parts and appeared on many movies and TV shows. Despite the success, he had still struggled to get roles in the mainstream pictures.

In 2002 he joined the cast of the dark comedy series "Titus," which became a total hit. Then he appeared in the other hit, "Freddy vs. Jason" as Bobby Davis. In 2007 he portrayed First Sgt. Donnelly in the top-grossing blockbuster "Transformers."

In the 2000s, he starred in several video game adaptations. In 2004 he worked alongside Milla Jovovich in the "Resident Evil 2". The actors lived in one apartment during the filming. The actor became very famous through his hard work and talent even though he didn't establish himself as a spotless leading actor. Nevertheless, he became a bankable star and regularly appeared on the top-rated show as well as big movies.

In the last decade, Zack focused on the other side of cinema production – directing, founding, and producing. He founded the movie production and worked as a producer of "Restoration," "Bethany." Those pictures hadn't been breakthrough movies. However, 2017-2019 years were somewhat successful for the actor as he appeared in the series "American Horror Story: Cult," "Z Nation." The actor enhanced the pictures and diversified his career with remarkable characters. In 2020 there are two upcoming projects with the actor – "Fallen Cards" and "How to Make a Deal with the Devil."

Zack is one of the richest actors in Canada. His net worth is estimated at $106 million. Zack has earned such a massive amount by the age of 49, primarily working in the movie industry. However, Zack proved to be a skilled entrepreneur. He founded the movie production and also worked as the CE of "Global Sports Financial Exchange." That fact made him one of the most successful actors. His brother Foster and his wife Heather named a child in Zack’s honor.

In 2018 the actor tied the knots with Jennifer McMahan. In one interview, the actor was asked how he could be so motivated, and he gave the following answer, “Paying the bills (laughs) I seriously love the opportunity and the challenge. All of it (Producing, Directing, writing, acting, editing) is a huge pain in the ass and a ton of work to make happen, but when it all comes together it really does feel like magic. I was blessed that Bob Clark set such a huge gold standard for me as a child and my goal is to live up to that.”