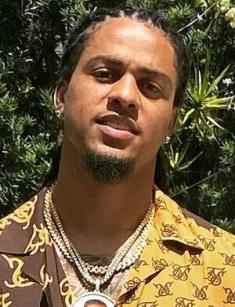 Jason Verrett is an American football star who plays as a cornerback for the San Francisco 49ers of the National Football league.

His mom's name is Cynthia. His dad's name is Warren. Jason has a brother named Tre. Stan Verrett, ESPN SportsCenter anchor, is his distant cousin.

At school, Jason was equally good at playing football and running track. It's a bit weird that he failed to receive a scholarship offer from any college.

The Chargers picked this player in the first round of the draft in 2014. They inked a $7.88 million contract for 4 years. Once this term was over, Jason decided to stay with the team to exercise the $8.52 million option.

In 2017 and 2018, Verrett had to spend a lot of time away from the field because of injuries. First, he underwent knee surgery. Then, he tore his Achilles tendon on the first day of training camp and had to miss the whole 2018 season.

In 2019, Jason hit the news for signing a $3.6 million contract with the 49ers for 1 year. In half a year, he was placed on injured reserve.

After making a triumphant return to the field, he re-signed with the team for one more year and kept doing so in 2021 and 2022.

When Verrett was playing for the Chargers, his number was 22. With the 49ers, he switched to the number 27.

Jason's net worth is reported to reach $10 million in 2022. His stats are always impressive. The other football players whom Jason is most frequently compared with are Deandre Hopkins and Antonio Brown (both are all pro).

Jason has a girlfriend, her name is Mckayla Roary. She's a part-time model. The couple hasn't officially tied the knot yet. They got to know each other when both were still in high school.

In 2018, the footballer's first son was born who is his full namesake. Some people think Verrett has a daughter as well. There is a reason for that: Mckayla often posts photos with a young girl on social networks. Yet in fact, this is Mckayla's younger sister.