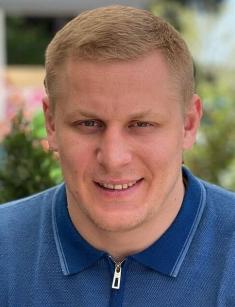 Sergey Vladimirovich Pavlovich, who was born on May 13th, 1992, is a Russia-born MMA fighter. Currently, he is a member of the Eagles MMA Moscow team. Sergey is known for being the third-ranked fighter in the heavyweight rankings of the Ultimate Fighting Championship.

Sergey is from Orlovsky, a Russian city that is located in Rostov Oblast. He started fighting for the first time when he was only 5. He wrestled a lot until the 11th grade at a public high school (he was 18 at the time). After graduating from high school, he started serving in the Russian Airborne Forces. While serving there, he began to engage in army hand-to-hand combat. His childhood background is unknown, so nobody really knows who his mom is or where Sergey spent his childhood.

His career started back in 2014. On June 2, 2017, Sergey defeated Mikhail Mokhnatkin to win the heavyweight championship by unanimous decision. He faced Kirill Sidelnikov on November 19, 2017, to defend his heavyweight championship. But Alistair Overeem was Pavlovich's opponent for his UFC debut on November 24, 2018, at UFC Fight Night 141. By the way, he was TKO'd in the first round and lost the bout.

It seems that Sergey is single; he has no wife or girlfriend. When he has free time from championships, the fighter trains a lot and even posts on Instagram from time to time. His posts are all about sports. Sergey often shares motivational quotes and videos of him working out. Sergey has over 135,000 followers on this platform.

In total, Sergey has participated in 18 fights (as of December 2022). 17 of them had been won. Here is the list of successful matches that Sergey competed in: