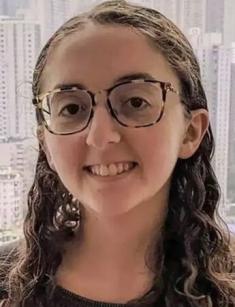 Caroline Ellison is a scandalous American trader. Her name hit the headlines after the collapse of the FTX crypto exchange.

Caroline was born in November 1994, the exact date of her birth isn’t known. Her parents teach at Massachusetts Institute of Technology. Her father's name is Glenn and her mother's name is Sara. In contradiction to rumors, Larry Ellison, the magnate, is not related to this family.

Caroline used to be a brilliant student. In 2011, she defended her homeland's honor in the International Linguistics Olympiad. She received scholarships and landed high positions in the ratings of top students. She can boast a Stanford bachelor's degree in Maths.

Caroline has always been proud of being a nerd. Some people compare her looks to the appearance of the fictional character Chip Chipperson.

This lady prefers to stay away from the public eye. It's challenging to convince her to give an interview. When you start googling her name, you'll come across a piece of news about a car accident that took place in 2019 — but that had nothing to do with the person under discussion. It was about another girl of the same name.

In 2018, Alameda Research onboarded Caroline. The FTX trading platform belonged to this organization. In three years, she was promoted to the CEO position that she shared with a colleague. The next year, that colleague stepped down and Caroline remained the only CEO.

In 2022, the CoinDesk representatives stated that the numbers in the Alameda Research balance sheet looked suspicious. Caroline said that the sheet lacked data about some part of the organization's assets. In a few days, she held a video meeting with her staff and told them about the real situation. This lady lost her job after Alameda, FTX and many related businesses went bankrupt.

On her blog, Caroline admitted to taking drugs to boost her mental abilities. She mentioned amphetamines but failed to specify the name of the product. It's hard to say whether she meant illegal drugs or their counterparts that can be legally prescribed to cure a neurologic disease, such as attention deficit hyperactivity disorder.

Caroline used to date Sam Bankman-Fried, the CEO and founder of the FTX exchange. They met when this lady was working as a junior trader at a company called Jane Street that hired her after graduation. She spent 1.5 years there.

Allegedly, it was a polyamory relationship that might have involved other FTX employees. By the time the scandal broke out, Caroline and Sam had split up.

After being pronounced guilty, Caroline quickly agreed to a plea deal. She confessed to fraud and conspiracy. This lady told the judge that, together with her accomplices, she was providing lenders and investors with erroneous information with the aim of stealing billions of USD from them. Plus, as a part of the deal, she confirmed that FTX executives benefitted from huge secret loans coming from Alameda Research.

Eventually, Ellison and Gary Wang (an FTX co-founder who also took part in these nefarious activities) were released on a $250,000 bond.