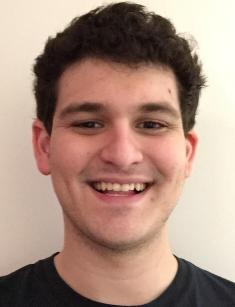 Sam Bankman-Fried who was born on March 6, 1992 is an American entrepreneur and investor. A former billionaire, he is best known for being the founder and chief executive officer of the infamous cryptocurrency exchange FTX. The company filed for bankruptcy after the collapse of its native cryptocurrency, FTT.

The entrepreneur was born and raised in Stanford, California. He received his higher education at the Massachusetts Institute of Technology, where he studied physics. Sam's parents, Barbara and Joseph, are lawyers who currently teach at the law school of Stanford University. His brother, Gabriel, is a former trader.

While studying for his degree at MIT, Sam also was a trainee at Jane Street Capital, a Wall Street trading firm. After his graduation, he worked there for four years. Then the entrepreneur went on co-founding cryptocurrency trading company Alameda Research. As of 2021, Sam owned approximately 90% of the firm.

Frustrated with the lack of security and bad management of the crypto exchanges he worked with, Bankman-Fried launched FTX in April 2019 in an attempt to provide a better infrastructure and safety nets to its customers. The platform also offered additional benefits, such as prediction markets and tokenized stocks. FTX became an enormous success and was valued at thirty-two million dollars three years after its launch.

In the fall of 2022, several news media, including Bloomberg and Wall Street Journal, raised questions about the FTX's financial stability. In November 2022, the news website CoinDesk published an article, claiming that a significant portion of Alameda Research's assets were held in FTT, the FTX native cryptocurrency. Shortly after the news broke, FTX's main competitor, Binance, announced that the exchange intended to sell all its holdings of FTT.

As a result of the crisis, Bankman-Fried resigned as CEO. FTX filed for bankruptcy on November 11, and the exchange's customers began withdrawing their investments amid the news.

In December 2022, U.S. prosecutors charged the entrepreneur with multiple crimes, including money laundering and wire fraud. They alleged that he defrauded FXT investors and misused their funds. On December 12, the former billionaire was arrested in the Bahamas. He is awaiting extradition to the US and also will remotely testify at a hearing in Congress.

The public blockchain platform Solana, which was linked to the FTX, began rapidly losing value after the crisis as well.

A committed proponent of the effective altruism philosophy, the FTX founder is a known philanthropist. He supports such causes as animal welfare, fighting global poverty, raising awareness of climate change and pandemic prevention. In a BBC interview, Bankman-Fried estimated that he donated several hundred million dollars to charity. He also was one of Biden's top donors during his 2020 presidential campaign.

The ill-fated "King Of Crypto" is currently single. He has never been married. Sam previously dated a former trader and Alameda Research chief executive, Caroline Ellison. Both of them are very private people, so there is little known about his and his ex-girlfriend relationship timeline and the reason for their breakup.