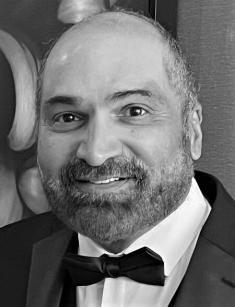 Franco Harris was a New Jersey-born professional footballer who played as a running back in the NFL for 13 seasons. He was born on March 7, 1950. Franco passed away on December 20, 2022. He was known for being a member of such football teams as the Pittsburgh Steelers and the Seattle Seahawks. Throughout his career, the footballer received numerous important awards and accomplishments.

Franco is from Fort Dix, New Jersey. He is the son of a soldier who served in World War II. His father met Franco's future mother, Gina, while in Italy. Franco spent his childhood in New Jersey, where he attended a local high school. By the way, that's where his football career started. After graduating from high school, he attended Penn State University.

The Pittsburgh Steelers chose Franco 13th overall in the first round of the 1972 NFL Draft, even though head coach Chuck Noll and deputy personnel director Bill Nunn preferred Robert Newhouse. He won the NFL Rookie of the Year award from The Sporting News and the NFL Offensive Rookie of the Year award from the Associated Press in his first season with the Steelers. He carried the ball 188 times for 1,055 yards throughout that season, averaging 5.6 yards per carry. Additionally, Franco caught one touchdown pass and sprinted for 10 touchdowns. The fact that he was well-liked by Pittsburgh's sizable Italian-American community is interesting; his supporters, which included "Brigadier General" Frank Sinatra, called themselves "Franco's Italian Army" and donned army helmets bearing his number. O. J. Simpson's retirement following the 1979 season made Franco the active player with the most career running yards. When Jim Brown's NFL rushing record was about to be surpassed by Walter Payton and Harris following the 1983 season, Harris requested a wage hike from the Rooneys. Franco was given the American Academy of Achievement's Golden Plate Award in 1984. He came in at number 83 on The Sporting News' ranking of the top 100 football players in 1999.

Franco's wife is Dana Dokmanovich, with whom he had a son named Dok, who is a politician now. Franco was very active on social media and even had his own podcast.

Franco died in his home in Pennsylvania at the age of 72. His death, which happened on December 20, 2022, was very sudden, because days before it, Franco felt well and wasn't ill with any diseases.

Throughout his football career, Franco received the following awards and achievements: