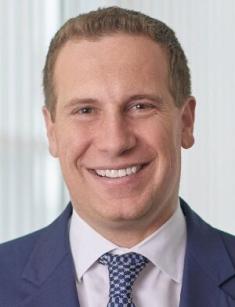 Mat Ishbia, who was born on January 6, 1980, is a Detroit-born businessman, investor, and billionaire. Mat is better known for being the CEO of USFS, which is the parent company of United Wholesale Mortgage. Mat is also a former basketball player; he was drafted in the NBA draft back in 2003.

Mat was raised in a suburb of Detroit. The young investor studied at a public high school in Birmingham. He was obsessed with basketball, so he played for the school team. Mat was born into a well-established family: his mom worked as a teacher, while his dad earned money as an attorney. After graduating from high school, Mat played point guard for the Michigan State Spartans men's basketball team while attending Michigan State University from 1998 to 2002. His team achieved three Big Ten titles during that period, appeared in three NCAA Final Fours, and won the 2000 NCAA Division I Men's Basketball Tournament title. Ishbia spent four years as a basketball player at Michigan State University before working one year as a student assistant coach under Tom Izzo.

The business expanded under Mat's direction and hired staff members quickly to keep up with the high rate of mortgage loan creation they were experiencing. The business was originally recognized as the top wholesale mortgage lender in the nation in 2015, and it has held that position ever since. With $107.7 billion in mortgage loan volume at the end of 2019, Mat's team helped the mortgage firm surpass both company and industry records. This volume more than doubled that of 2018 ($41.5 billion), becoming the highest volume ever for a wholesale lender. The firm, which had a production record of $107.7 billion in 2019 and employed over 6,700 team members as of September 2020, has already broken that record and is on track to complete the year with close to $200 billion in mortgage volume.

Mat's net worth is about $5 billion. Not much is known about his personal life. He has no kids, but he is married to Emilia Clark.

Here is the list of awards that Mat has received throughout his career: