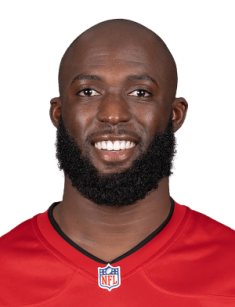 Leonard Fournette who was born on January 18, 1995 is an American NFL running back. After playing college football at Louisiana State, he started his career as a professional player with the Jacksonville Jaguars. Leonard is currently playing for the Tampa Bay Buccaneers.

The future NFL star was born and raised in a crime-ridden New Orleans neighborhood. He also briefly lived in Houston, Texas, after his hometown was hit by Hurricane Katrina. Leonard's parents' names are Leonard Jr. and Lory. His younger brother also plays football.

Leonard played football at St. Augustine High School. His performance was so impressive that upon graduation, he became one of the top sought-after players ever born in the state. Fournette received offers from Alabama, Auburn, Georgia Tech, Notre Dame, USC and many other colleges. He decided to commit to Louisiana State and join the LSU Tigers.

Fournette was picked by the Jacksonville Jaguars during the first round of the 2017 NFL draft, becoming the first selected player of his position that year. The player and the Jaguars agreed to a four-year contract worth twenty-seven million dollars. He also received an eighteen-million-dollar bonus. By the end of the 2019 season, Leonard's total stats with the team were 2,631 yards and 17 touchdowns. The Jaguars decided not to extend the running back's contract for an additional year. In August 2020, the team announced that they are waiving Fournette, and James Robinson became the Jaguars' new star running back.

Right after his departure from Jacksonville, Leonard signed a short contract with the Buccaneers. In March 2021, he and the team agreed to another one-year deal. Despite sustaining an injury, the player proved himself as a talented running back and secured a three-year contract with the Buccaneers a year later. His total career stats are 4,272 rushing yards and 34 touchdowns. Besides his achievements on the field, Fournette also developed a bond with his teammates Tom Brady and Julio Jones.

In December 2021, Fournette was signed by the Complexity Gaming Esports franchise that aims to help athletes connect with their fans through video games.

Fournette has a daughter named Lyric from a brief relationship with Jamie Jones. In 2017, he also became the father of a boy named Leonard. The player hasn't revealed the identity of his son's mother.

In 2020, the running back participated in a peaceful protest against police brutality.

Leonard also was a track star in high school.

The running back holds the NFL record as the youngest player with a rushing touchdown of at least 90 yards. During his tenure with the Jaguars, he became the 1st player to score a scrimmage touchdown in each of his first six career games and the 1st player to rush for at least 100 yards in his NFL debut. He also holds the franchise record for the longest rushing play.