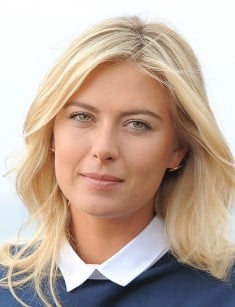 Beautiful woman and future tennis player Maria Yrievna Sharapova was born in a distant Siberian town Nyagan on April 19, 1987. Masha’s parents Yuri Viktorovich Sharapov and Elena Petrovna Sharapova were born in Gomel, Belarus. But they decided to leave the city few months before the birth of their daughter, because Gomel is not far from Chernobyl. This town became a source of environmental pollution and radiation. Masha was born in a safe and clean area, and soon the family moved to the south, and chose to live in Sochi.

Masha started to play tennis very early. At the age of four, the girl has already known how to hold a racket. There is information that Evgeny Kafelnikov presented the first racket to the future champion. The father of the legendary Russian tennis player was friends with Masha's father Yuri Sharapov.

When Maria was 6, she played one tennis game with Martina Navratilova: the sportswoman gave tennis lessons during her visit to Moscow. Navratilova understood that little Sharapova was a talented child and advised Masha's parents to go to the tennis academy of Nick Bollettieri located in America. Yuri Sharapov was very serious about his daughter’s sports future and followed the advice. In 1995, Masha and her father moved to the United States. They decided to live in Bradenton, where the school was situated. Maria Sharapova lives there now.

It was difficult for Maria Sharapova to get used to her schedule of activities and physical exercises. She stood it and became a strong-willed person. At this period she developed the will to win at all costs.

Sharapova made her debut in 2001 in Sarasota in adult tournaments organized by the International Tennis Federation. She was only 14 years old at that time. Though the young tennis player lost in the first round, her great sports career has begun. «The first time is always the hardest " and it only made the sportswoman to work harder. A year later in Columbus Maria Sharapova defeated her opponent, who was one of the top 300 tennis players in the world. And Masha was not even in the rating of the Women's Tennis Association.

Since childhood Sharapova has developed her own style of playing tennis. It was always a loud shout after kicking the ball and Maria’s competitors couldn’t stand it. There is information that Maria’s grunting on court sometimes reaches 105 decibels. It is like the sound of a jet plane engine.

Sharapova’s grunting irritates her opponents. Some of them even lose games because their nervous system was on edge. Maria Sharapova knows about thiat, but she is not going to change anything:

"I absolutely do not care about other people’s opinion. This is my way of playing since childhood, and I'm not going to change it! ".

Her father Yuri Sharapov previously accompanied his daughter during her sports competitions. He also has his own way of rooting for Masha. Sharapov often uses abusive language at matches, though not everyone wants to hear it. He often quarrels with fans, and Maria’s opponents complain of his rude actions.

In July, 2004 there was Maria’s greatest victory. She won Wimbledon. She managed to defeat her opponent - the two-time tournament winner, Serena Williams in the final of the women's singles category. This victory allowed Sharapova to enter the elite of the women's tennis world.

During the period from August 2008 to March 2009 Maria did not appear on court. She had a surgery on her shoulder. But in 2010 she returned and this return was marked by a series of victories. By the way, Sharapova is an ambidextrous; It means she is able to use right and left hands equally well.

In July 2012, the tennis player Sharapova became the standard-bearer of the Russian team in London, at the opening ceremony of the Olympic Games.

Maria is close to the world of fashion and show business. In August 2013, the tennis player presented in New York her collection of fashion accessories under her registered brand "Sugarpova". Maria was offered to become a model, but Sharapova refused because it meant to stop her sports career. Although her measures (height is 188, weight is 59) are ideal for modeling career.

In 2006, according to Sports Illustrated magazine the girl became the most beautiful sportswoman of the year.

Forbes Magazine listed Sharapova among the "100 most influential world celebrities". At that time, the girl became the only Russian woman on this list. In the period from May 1, 2010 to May 1, 2011 Masha was also listed as one the world's highest paid athletes. For that year Sharapova's income reached $ 24.2 million.

In 2013, "Forbes" listed Sharapova for the ninth time. According to the magazine, the total income of the tennis player has reached 29 million dollars per year.

In November 2009, Maria Sharapova became the wealthiest Russian athletes (according to the magazine "Finance"). It is known that in Harvard business school there are lectures on the successful marketing of Russian tennis player Maria Sharapova.

This is not surprising. The athlete actively uses social media to communicate with fans. It is known that on Facebook she has millions of "friends", Sharapova is an active user of Twitter.

In 2005, the sportswoman had short relations with Adam Levin, the singer of the Maroon 5 group.

The first long relationship of the athlete, which became known to her fans, began in 2009. Masha had relationship with the basketball player from Slovenia Sasha Vuyachich. In October 2010, there were rumors about their engagement. But the man didn’t become Maria’s husband. And in August 2012, Sharapova told journalists that they decided to break up.

In May 2013, Maria Sharapova confirmed rumors that she began dating the tennis player from Bulgaria Grigor Dimitrov. The athlete is also known for being a boyfriend of Maria’s opponent on court Serena Williams. In autumn, 2012 the relations between Bulgarian man and Russian woman began. Grigor is 5 years younger than Mary, but this difference was not felt in their relationship.

In September 2014, the journalists reported that the couple was no longer together. The sportswoman denied the rumors, saying that everything is fine in her life. But in July 2015, journalists again suspected that something was wrong. They noticed that Maria and Grigor didn’t read each other's messages on social media. Soon Dimitrov confirmed rumors about their breakup and wished her success in life and sport.

There were rumors that the Bulgarian model Nicoleta Lozanova was the real reason of Maria and Grigor’s breakup. Anyway, in late 2015, there was information that she began dating the famous Portuguese football player Cristiano Ronaldo. The media tried to develop the topic of possible relations between Ronaldo and Sharapova, but the reason was too little: the Portuguese "LIKED" Maria’s photo in Instagram, and Sharapova answered the player and subscribed his page.

In 2016, there was an unpleasant moment in career of Sharapova: Maria was involved in a big doping scandal. It is more correct to say that Sharapova began the scandal.

On March 6, Masha called an urgent press conference, in which she confessed that meldonium had been found in her analyzes. Sharapova took this drug at that time for 10 years, but before January 1, 2016, it was not banned. The letter, which notified about the changes, Sharapova did not read. After that, a serious scandal broke out in the whole of Russian sport: a number of athletes were banned from participating in the 2016 Olympics in Brazil and the whole Paralympic team from participating in the Paralympic Games.

After that scandal her colleagues commented on this situation in foreign media. The majority of them were negative. But Masha stood it, and in autumn, 2016, she reduced the punishment from two years to 15 months in a sports arbitration court. Sharapova should return on court on April 26, 2017, a week after her 30th birthday.

Sharapova has something to do besides tennis. Maria is expanding the range of products of her brand "Shugarpova". Chewing sweets and marmalade from Maria Sharapova have already tested in two dozen countries, including Russia. And in early February 2017, the tennis player introduced her new product - premium chocolate with a "chocolate kiss" from the athlete on each piece.

Maria told in “Evening Urgant" TV program about chocolate, and also about what she was doing during the disqualification. Masha told that she had dreamed of producing chocolate since childhood. And finally, she made her dream come true. Maria produced 4 kinds of this product: bitter chocolate, dark chocolate with coconut, milk chocolate with strawberries, and milk chocolate. People may buy chocolate from Sharapova in Moscow and St. Petersburg.

Masha did not waste time during her last months of disqualification. So, at the end of February 2017, she attended the Oscar-2017 ceremony. The star appeared at the ceremony in a chic blue dress with metal elements and called attention from photographers. Later in Instagram, she will write that the evening was really special. 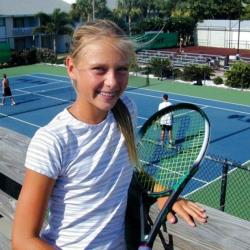