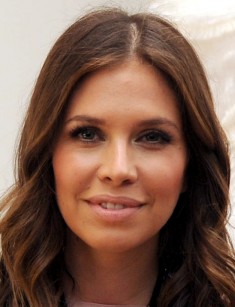 Darya Aleksandrovna Zhukova was born on June 8, 1981 in Moscow. Elena Zhukova, mother of Daria,is a microbiologist by education, and Alexander Radkin, her father,is the founder of Odessa's largest oil transportation company “Sintez Oil”. After the wedding Alexander Radkin took the surname of his wife.

Daria tells that her childhood spent in Moscow was a happy time. The city at that time was safer, and Dasha as a child loved to cross Moscow from one end to the other by underground alone. When her parents divorced, Dasha’s mother took the girl to the United States of America. Zhukova went to The Pacific Hills School. They changed many cities when they lived in the United States. They lived in Los Angeles, Houston and Santa Barbara.

The Guardian reported that initially Daria Zhukova attended a Jewish school, which is probably why Judaism is so close to her. After school, Daria Zhukova continues her education at the Faculty of Medicine at the University of Santa Barbara, where she receives a pre-medical degree after four years of studying. The girl chooses the additional education at the faculty of Slavic studies. In 1997 Zhukova moved to London, where she studied at the Institute of Naturopathy, specializing in homeopathic medicine.

Together with her friend Christina Tang, Daria becomes the founder of the fashion brand "Kova & T". Distinctive feature of their clothes is orientation to simple cut, no logos and using natural fabrics. Nowadays Kova & T dresses are presented in more than 80 stores around the world.

The opening of their store in Moscow in 2007 was a significant event. The producer Alexander Vainshtein, Deputy Sergei Kapkov, as well as many other celebrities came to the event. The same year, Daria Zhukova, together with Polina, the wife of Oleg Deripaska, participated in the creation of the Spletnik website devoted to the life of celebrities. In 2009, Daria Zhukova was invited to become the head of the office of the British fashion magazine "POP".

Despite the absence of editorial experience at that time, she was chosen because of her popularity. Ex-editor-in-chief recently left for another magazine, taking with her most of the staff. A year later, Darya Zhukova leaves the magazine "POP". In November 2010, the girl begins her own project dedicated to contemporary art. The media reported that such an object could even become a new residence of Roman Abramovich.

In 2008, Daria Zhukova opens the Center for Contemporary Art “Garage” in the building of the monument of the Soviet avant-garde architecture "Bakhmetevsky Garage", built in the first half of the 20th century by the architect Shukhov and was used for the storage of British buses. The main goal of the Garage Center is to support Russian artists, to exhibit works of contemporary art, to organize foreign exhibitions of Russian artists in order to popularize Russian culture.

The sponsor of the project was a well-known businessman Roman Abramovich, who bought the statue of the Swiss sculptor Alberto Giacometti at the "Art Basel" fair. Its cost is estimated at $ 14 million. Abramovich presented the statuette to the Garage Center as the first exhibit.

Most visitors were surprised by the architecture of the center. In fact, the new building was packed into unique layers of translucent polycarbonate and looked like a glittering hangar. The structure floats like a silver ghost amidst attractions and numerous abandoned exhibition pavilions left from the All-Russia Agricultural Exhibition of 1923.

All interested people had the opportunity to present their numerous works at this exhibition. Daria said in her interview that she had not much interest in art before, but soon she had a desire to study new works. She is sure that such a center will be able to gradually unite the best representatives of art, who offer absolutely new ideas.

In 2004, at the opening of Stephen Webster's jewelry store in England, Daria Zhukova came with a tennis player and Davis Cup winner Marat Safin. The representatives of the press declared them as a promising young couple.

In 2005, Zhukova met Roman Abramovich. Since that moment, her biography has changed. According to one information, this happened in February, after the match, "Chelsea" - "Barcelona" in London. According to another version, their acquaintance happened during the party organized by Darya’s father. Subsequently, the couple was seen at various social events.

Two years later, Roman Abramovich divorced his wife. Soon there was information that Abramovich and Zhukova were officially married and celebrated their wedding. At the same time, on the basis of documents, Daria was recognized as the official wife of Abramovich.

Their love story was constantly in front of the cameras of various glossy magazines. Daria and Roman did not talk about their relationship, so it was hard for journalists to find out more information about the couple's relationship. Lovers spent most of the time not on land, but at sea - on the luxury yacht of a Russian billionaire “Eclipse”.

In 2009, the press reported rumors of their, but after a while, Daria and Roman were seen together at the opening of the exhibition. And in December of the same year, their first child Aaron Alexander Abramovich was born. Four years later, their daughter Lea was born.

In 2016, the British press reported that Roman Abramovich constantly gave his wife expensive presents. Despite the fact that paparazzi often saw a couple on vacation in Portofino and Saint Barth, Zhukova worked, and her husband was ready to help her in everything.

Journalists have been informed that Abramovich left Dasha for the ballerina Diana Vishneva. Western tabloids only added fuel to the fire, reporting about relations between Zhukova and famous Hollywood actor Leonardo DiCaprio. Such rumors were not confirmed, but there was a discussion in "Instagram".

Daria is actively involved in the upbringing of children; in 2017 the family has huge plans. 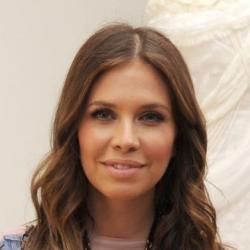