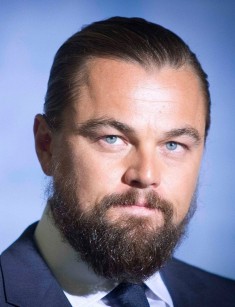 Leonardo DiCaprio is an American actor and producer. Leonardo Wilhelm DiCaprio was born in Los Angeles in November 1974. The parents of the future actor – a father George DiCaprio and a mother Irmeline Indenbirken - divorced a year after the birth of their son. His father, who worked as an artist and distributor of comic books, soon married, but his mother did not get married.

The woman brought up her son, working on two jobs at the same time. Only Leo’s Russian grandmother Elena Smirnova helped her. She left Russia at the age of 2 during the October Revolution, so TV viewers often think that the actor has Russian roots. His grandmother married the German Wilhelm Indenbirken and took his surname. Irmelin, Leonardo's mother, was born in a bomb shelter in Erkenshvik, the West German city, in 1943.

Leo’s mother, who during her pregnancy visited the museum of Leonardo da Vinci, gave the name to the future five-time nominee for Oscar. The woman was very impressed by the works of the Italian artist.

Leonardo had a dream to become a famous actor since childhood. Leonardo DiCaprio began his acting career when he was a child. When Leonardo was 2.5 years old, he played in an episode of children's TV show. As a teenager, the future film actor joined theatre courses and studios, where he diligently studied acting. Later for 4 years he studied at one of the universities of Los Angeles, where he also chose the theater faculty.

The acting career of Leonardo DiCaprio began with his work in advertising. In future the actor makes success in cinema. In childhood and in youth Leonardo starred in three dozen commercials. Also the young actor appeared in films. DiCaprio played a small role in a cult series "Santa Barbara". Then there were series "Roseanne" and " The New Lassie".

DiCaprio's debut film role was in 1991. Leonardo starred in the comic horror film "Critters 3". After that he began working in the series "Growing Pains", but soon the boy received better proposal in the project "This Boy's Life". Here, the young artist first worked with an A-list star Robert De Niro.

Leonardo has long dreamed of starring in a different role: he was tired of sweet boys roles. Such an opportunity appeared in 1993, when he was offered to play the mentally retarded boy Arnie, the brother of the main character. Johnny Depp played his brother. For this work, DiCaprio was nominated for Oscar for the first time. At that time, the actor was 19 years old.

Since 1995, Leonardo appears in films that made him popular. Firstly, it was the western "The Quick and the Dead", where the actor played along with Russell Crowe and Sharon Stone. After this film he appeared in “Total Eclipse", where DiCaprio had the title role and played the homosexual poet Arthur Rimbaud.

After Leonardo DiCaprio appeared in the film "Romeo +Juliet" he became a new sex symbol of Hollywood. In the films “The Basketball Diaries” and “Marvin's Room”, Leonardo DiCaprio proves to those who still doubted his talent, that he deserved recognition and found his niche in the world of cinema. Leo plays difficult teenagers, brilliantly getting used to the role. In "Marvin's Room " the actor worked together with Robert De Niro, Meryl Streep and Diane Keaton.

The film "Titanic" by James Cameron made Leonardo DiCaprio world famous. The main roles played DiCaprio and Kate Winslet. It is noteworthy that the actor almost refused the role in the film, but the director convinced the American that the drama would be successful.

Subsequently "Titanic" received 11 Oscars. At the ceremony there was a scandal: the film academy refused to nominate DiCaprio for the best male role. As a result Leonardo decided not to attend the ceremony. But the actor received the Golden Globe and became one of the most highly paid Hollywood stars. In addition, People magazine included Leo in the list of 50 most beautiful people on the planet. The film-lovers began to recognize photos of the actor.

After Titanic such films as “The Beach”, “Gangs of New York”, “Inception”, “Romeo and Juliet” and “Catch Me If You Can” and "The Aviator", "The Departed" and " Shutter Island” were also successful. The viewers liked the roles of DiCaprio in these films. In "The Departed" DiCaprio played the role of Billy Costigan, a policeman under cover.

In the drama "The Beach" DiCaprio played an American tourist who visited Thailand in search of a good salary. Here, Leonardo played along with Tilda Swinton and Virginia Ledoyen. There was a box office boom, but critics did not like the film.

The same cool reaction of critics received the film "The Man in the Iron Mask", where DiCaprio appeared in the role of Louis XIV. But the box office again pleased the creators and actors of the film: the film raised $ 180 million.

A criminal tragicomedy "Catch Me If You Can" received much better reviews. DiCaprio played Frank Abagnale, one of the most famous criminals of 60s. This role brought the artist the third Golden Globe and huge box office.

"Gangs of New York" by Martin Scorsese brought Leonardo DiCaprio even more success and money. The film tells about the struggles between gangster groups of emigrants and Americans. The next work of DiCaprio and Scorsese was the film "The Aviator", which tell the story of the American entrepreneur Howard Hughes. The film had a great success, and Leo was nominated for Oscar, which went to another artist.

DiCaprio was nominated for Oscar 6 times. The award went to other hands five times.

The most famous films of DiCaprio in recent years became "Shutter Island" and "The Wolf of Wall Street" by Scorsese, "Django Unchained" by Tarantino and, of course, "Great Gatsby" by Lurman.

In 2015 DiCaprio should have played the role of Billy Milligan, a criminal in which mind 24 personalities coexisted, but the film wasn’t shot.

This Movie is not only increased the number of DiCaprio’s admirers, but also stopped Oscar series of failures. For his role in the film "Revenant " Leo was recognized as the best actor of the year. After the release of the film on Internet, the memo "Leo and the cherished Oscar" appeared. Many users remembered that the actor went to the reward too long, turning such a "path" into a joke.

DiCaprio won Oscar in the nomination "Best Actor", and also received other awards. "Revenant" helped him to achieve the desired result.

This work can be called a kind of example of a life where hatred and revenge help a person to survive even in seemingly hopeless situations. In his struggle for life, Glass restores justice, which allows him to avenge his son, and also to kill the treacherous and mercenary John Fitzgerald.

The personal life of Leonardo DiCaprio is the subject of constant attention of the media. Leo is still unmarried, although he is already over 40. In the life of the celebrity, there were many relations and beautiful women, but none of them married the Hollywood star.

In 90's, Leonardo had relations with a blonde model Helena Christensen. Many people assumed that the girl would become the wife of the actor.

DiCaprio was also dating another model the Brazilian Giselle Bündchen. The actor confirmed his love for models when he started relationship with a model from Israel Bar Refaeli. The girl nearly brought Leo to the altar, but they broke up. The final point in these relations was set in May 2011.

In 2011 and 2012 - the next two models: Blake Lively and Erin Heatherton. And these relations were fleeting and didn’t end with marriage.

In 2014 and 2015, the actor was dating the German model Toni Garrn. At the end of September 2015 DiCaprio again began to appear at public events alone.

In May 2017, the American press reported that DiCaprio had parted with the Danish supermodel Nina Agdal. According to “People” magazine, 42-year-old actor was not ready for serious relationship and the creation of a family with a 25-year-old model. It is noted that the celebrities still have good and friendly relations.

Previously, the media reported that DiCaprio and Agdal appeared together in public in spring, 2016 at a nightclub in New York.

American journalists are constantly watching the actions of the Hollywood star. In 2017, the press reported that Leonardo DiCaprio spends a lot of money on rejuvenation procedures.

It is assumed that the man spends about $25,000 a month on laser peeling. Rejuvenation costs the actor $300 thousand a year.

According to insiders, DiCaprio is thinking about aging with horror, and constantly makes body cleansing. Sources close to the actor say that on the way to "eternal youth" there is an obstacle - the addiction of the film actor to alcohol. Nevertheless, until the actor looks better, he will not stop.

Also in May 2017, Leonardo DiCaprio was not allowed into the VIP-lodge for a Broadway performance. The Hollywood actor was not upset, did not make a scandal. DiCaprio was late for the play A Doll's House, Part 2 for 15 minutes. Leonardo calmly passed to the place offered to him, and at the end of the performance he applauded with the rest of the spectators. The users of Instagram and other social media noted that in the US no privileges will help to take a VIP seat in the hall on a Broadway performance if you are late.

Fans hope to see new movies, interested in personal life of the actor, as well as his body measures (Leonardo's growth is 183 cm). DiCaprio has a net worth of $245 million in 2019. 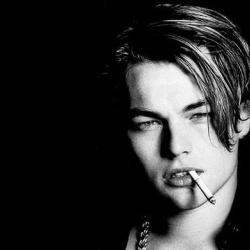