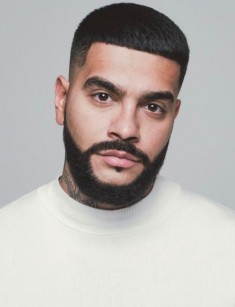 Timati is a popular Russian rap singer, graduate of the "Factory of Stars-4" project, music producer and entrepreneur. In 2014 Timati received the title of Honored Artist of the Chechen Republic.

Timur Ildarovich Yunusov was born to the family of a businessman on August 15, 1983 in Moscow. The famous rapper under the pseudonym Timati has Tatar and Jewish roots. Timur’s family was rich. But his father brought up the boy so that he knew how to achieve everything himself. Timati also has a younger brother, Artem, three and a half years younger than him.

In childhood Timati lived in Moscow on Mira Avenue. Since childhood Timati has been a creative and intelligent child. Then the parents decided to send him to study in a music school in violin. Timur devoted 4 years to the instrument.

After school Timati entered the Higher School of Economics in Moscow, having studied there for only six months. When the guy was 13 years old, he went to Los Angeles to study the culture of hip-hop. Sending the child to America, Timati’s father hoped that his son would show interest in studies. But expectations were not fulfilled. Timati left his studies and began attending nightclubs. The rapper firmly decided to join the ranks of show business, so on arrival in Moscow, he began working.

Firstly, Yunusov was engaged in breakdance, and then he organized a rap group "VIP77" with his friend. Such compositions of the duet as "Fiesta" and "I need only you" topped the domestic charts. In 2004, the group fell apart. A year later the group was on the stage again but with new members. However, this did not help the group to be on the same level, so in 2006 the guys finally completed the project. Some members of the band moved to Timati's label "Black Star".

In 2000 Timati made his debut on television in Decl’s video "Party", who previously worked as a back-MC. In 4 years Timati along with his friends went for casting to the project "Star Factory". Then the guys had the opportunity to study, record their songs and gradually became people's favorites.

In the same period Timati created the group "Banda". One of the members was Anastasia Kochetkova. Then none of the band members won the "Factory-4", but the producers liked the talented guys. So they were given the opportunity to record a disc and make a video-clip "the Crying Heavens". In 2005, the band released the album "New People".

During this period Timati developed professionally. Then the guy opened the first night club "Black club". In 2006 Timati released his first solo album "Black Star" and in the same year he organized the production center "Black Star inc". After a while, Timati continued his solo career. Later, two of his friends, members of “the Band”, died in a car accident, and as a result the collective fell apart.

"Black Star" gradually became Timati’s brand. Under the same name, the musician has an official account in Instagram. The rapper verified the account, where he posts photos and videos from everyday life. He has more than 9.7 million followers. On this domain, the official web site of the artist is also registered.

The first solo concert of Timati was held in 2007 at the club "Heat". In the same year joint tracks with FatJoe, Nox, Xzibit were recorded. Video clips for the song "Do not go crazy" with the sex symbol Victoria Bonia and the song "Dance" with Ksenia Sobchak were shot. In the same year Timati played one of the main roles in the film "Heat" and was the voice of the main character of the cartoon "Catch the Wave".

In 2008 Timati released remix for the song of Dj Smash "Moscow Never Sleeps", which became a hit of that summer. And also released the track "Forever" with Mario Wainens. In the same year, the singer became the face of the clothing brand Sprandi.

In 2009, singles from the album The Boss "Welcome to St. Tropez "," Grooveon "(feat Snoop Dogg),"Classmate" and video clips were released. Together with Basta Reims, the video for the single "Love You" comes out. The presentation of the second album “The Boss” was held on November, 13 in the Moscow club Milk. At the same time sales of the album began in Russia and other countries.

The following year the video clip "Time", as well as the song "Foreign Exchange" of the artist S.A.S. together with Timoti, Camron and Fler were released. In Miami, a joint track of Laurent Wulff and Timati was presented. The director of the video "How much is love" was Pavel Khudyakov.

On June 1, 2010, Timati opened his clothing store and made a charity concert, in which Sergey Lazarev, DJ Smash and "Neposedy" participated.

In 2012, the star became the Ambassador of the Universiade 2013 in Kazan. At the presentation of the video "Sex in the Bathroom" on October 12, Timati sings the song live with Craig David. In the same year, the musician released the video "Tattoo", with such musicians as L'One, Jigan, Varchun, Crack and Karandash.

Also in 2012, there was a conflict between Timati and the popular pop singer Philip Kirkorov. This year, the rapper did not receive MUZ-TV awards, and then wrote in "Twitter" that he thinks the 2012 award is unfair.

Philip Kirkorov answered him, and a quarrel between the musicians began. Subsequently, the rapper recorded a song to the opponent "Davai do svidaniya."

The result of ten years on the stage was a solo concert "#Davai do svidaniya" at Crocus City Hall on November, 29. In 2013, the fourth studio album "13" was released. Timati appeared in the film "Odnoklassniki.ru: click for luck".

In 2014, the celebrity received the title of Honored Artist of the Chechen Republic, produced his own film "Capsule" and became one of the jury members of the show "I Want to Meladze." Such tracks as "Beard", "Girl Bomb", a clip for the song "Ponty", a joint single with Mot "Young Blood" were released.

The track "Ti che takaia derzkaia?" (Feat Natan) was released in 2015. After that was the track "Utesov" with L'one. Together, the musicians also presented the video clip "Even before the beginning" and "Finally I will say". Together they went on a tour "GTO" in Russia. Together with Sasha Chest Timati released the track "My best friend is President Putin" about Vladimir Putin.

On the project "Star Factory 4" people saw Timoti's relations. Relations of Timati and Alexa were considered as PR. But it was obvious that the guys spent a lot of time together. In the video "Where are you" the rapper starred in the role of a romantic hero. The couple broke up in 2005.

Then the singer went to Donetsk, where she had new relations with a local businessman. But the separation of the "factory" couple did not last long, and Timati and Alexa began their relationship again. There is information that the musician almost ruined the wedding of the girl. Later, the couple recorded a joint hit "When you're with me," but in 2007 they finally broke up.

Then there were fast relations. Journalists were attracted by his girlfriends. The rapper (Timati's height is 168 cm) more than once chose girls of a model height.

Timati several times went out with Masha Malinovskaya. And after the release of the video "Do not be crazy" there was information about relations between Timati and Victoria Bonya, but these rumors were not officially confirmed.

Sofya Rudyeva ("Miss Russia 2009") and Timati, were together not very long. The couple of Timati and Mila Volchek also did not work out.

Alena Shishkova and Timati met in 2012 on the set of the video clip. The couple began dating not immediately. Alena was a rather modest girl. Timur did his best in order to invite her on a date. Later, the lovers began to live together.

In 2014, Alena Shishkova and Timati gave birth to a girl Alisa. Timati's daughter is blonde, like her mother, but looks very much like her dad. The rapper did not leave his girlfriend for a second during the childbirth and even cut the umbilical cord himself. There is no information of other children of the musician.

After some time, the couple broke up. Timati actively participates in the life of his daughter, and also supports Alena and gives his ex-wife expensive gifts. The couple has friendly relations.

After that in the media, information appeared about relations of the rapper with the model Anastasia Reshetova. Fans hope that this relationship will last longer than others, and the new lady will eventually become the wife of the rapper.

In 2016 the new track of Timoti "Baklazhan" became the greatest hit. The song received numerous positive and negative reviews, but the refrain of the composition "Lada Sedan - baklazhan" appeared on the largest radio stations, played in clubs, cafes and minibuses.

The rapper released new tracks and clips solo as well as with famous singers such as Grigory Leps ("Let me go"), A'Studio ("The Little Prince"), Egor Creed (song "Where are you, where am I"). Also in 2016 Timati presented the single "Keys from Paradise" and recorded duet compositions with Mot "# To Live" and Christina Si "Look".

New compositions form the studio album "Olympus". Also in 2016, the artist weny on a tour around Russia in support of the new album.

On April 1, 2017, the musician presented a new track and a clip "The Last Spring", created in a duet with Philip Kirkorov. In the video musicians allegorically showed their conflict and put an end to their disagreements.

Also in April 2017 the advertising of the burger restaurant of Timati "Black Star Burger" was released, in which Philip Kirkorov and Grigory Leps starred. Timati played a fast-food worker, to which the musicians came for burgers. At the same time, the topic of the conflict appeared in this video. Taking a tray from Timati, Philip Kirkorov announced that he had been waiting for this for three years. In the second part of advertising Timati and Leps refuse to fly to London, having learned that you cannot take sausage with you.

Also in 2017 Timati presented a new clip "Find your strength". Performers of the track were members of the Black Star Mafia: musicians Mot, L'ONE and Timati himself.

In July 2017, the rapper announced an unexpected duo. Timati posted on social networks a video in which the musician is traveling in the car with Guf. When the music ends, the rappers grin enigmatically. A short teaser convinced the fans that soon the musicians would announce a joint project.

On November 4, 2017, the musician will give a concert "Generation of Timati" in "Olympisky". 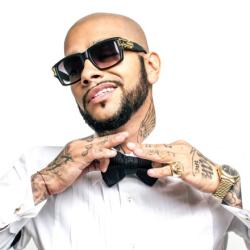